Here we are back at Glamis Castle, the inside of it this time, below is a photo of part of the sitting room which the Queen Mother used when she visited her childhood home, apparently it has been kept as it was when King George VI was alive and she visited with him and her daughters. You can see my earlier post of the outside of the castle here. 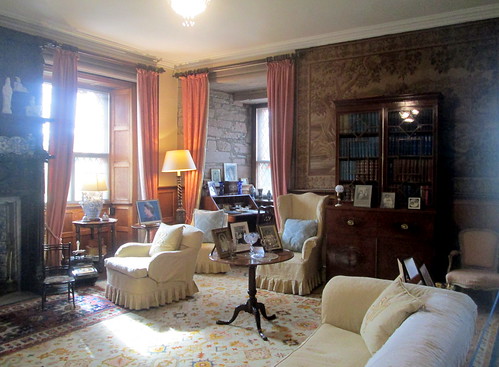 The two wee chairs in front of the fireplace were used by the Princesses Elizabeth and Margaret when they were wee. It feels quite homely really. 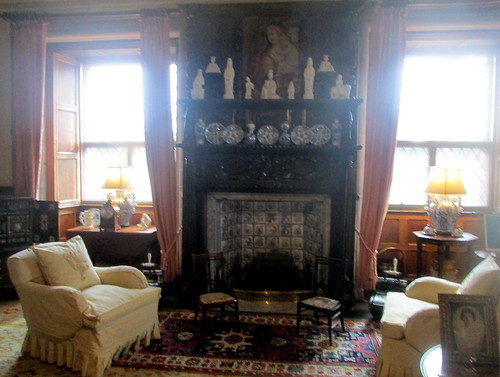 Below is the dining-room with its unusual ceiling. 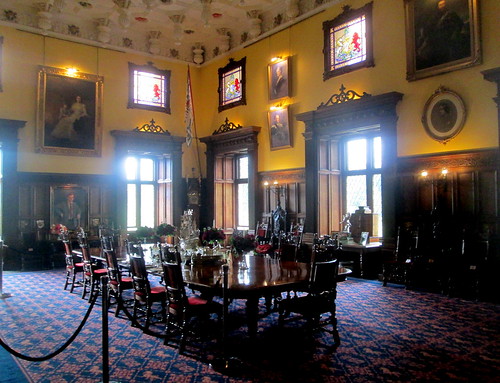 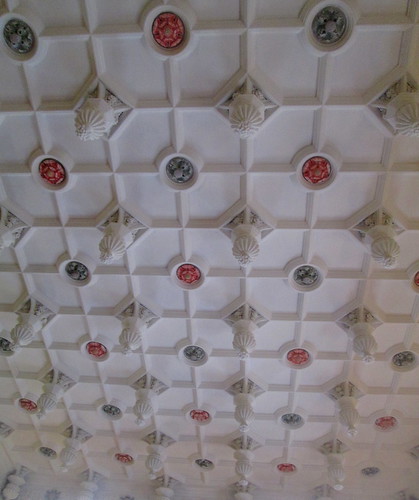 And the even more unusually positioned lion and unicorn stained glass windows high up in the walls. 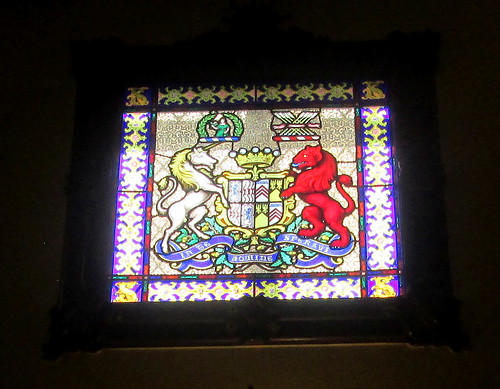 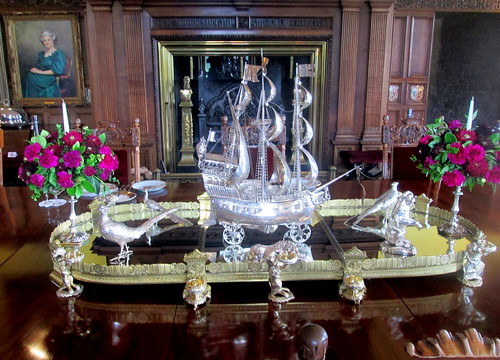 The rather grand drawing room with the photo of the current Earl and Countess of Strathmore on the small table, in contrast to all the paintings of ancestors on the walls. 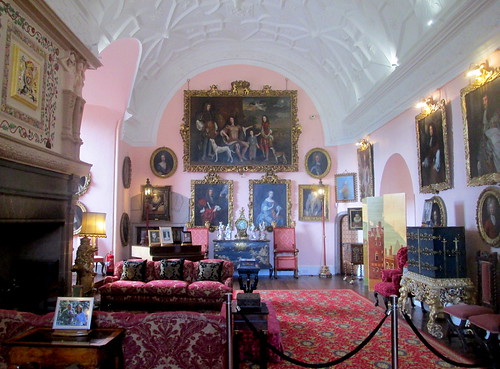 With a ceiling more akin to the icing on a wedding cake. 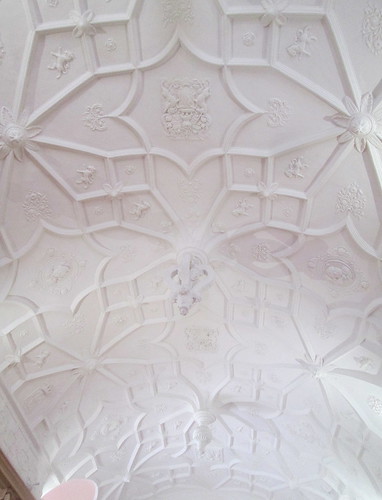 And more small chairs by the fireplace, at least the children in this castle were warm it would seem! 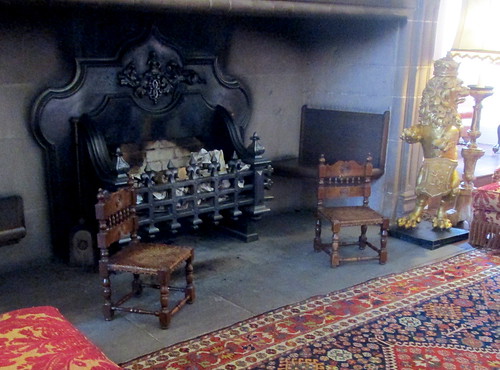 The chapel below has a very unusual ceiling which consists of painted panels. Originally this would have been a chapel for the Celtic church I think but over the years it will have been Roman Catholic but now it is ‘ High’ Scottish Episcopal I believe, which is very similar in looks to Catholic. You can read more about the castle here. 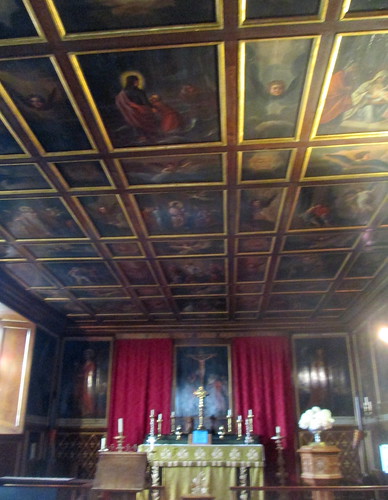 It’s a beautiful castle – fit for a queen as you can see. We had a lovely walk around the grounds after touring the castle, next time I’ll blog about the Italian Gardens.