INDEPENDENCE An argument for Home Rule by Alasdair Gray was published in 2014, so before the Independence referendum of 2014 and it contains eleven chapters and a postscript.

It was Jack who gave me this one to read and you can read his thoughts on it here.

The book begins with Alasdair Gray’s prologue in which he writes: This book is written for Scots, by whom I mean anyone in Scotland who will vote in the September referendum to make Scotland a more or less independent nation.

Settlers and Colonists A Controversial Topic

In Settlers and Colonists he writes about being asked to write an article on the subject and the result of that was that he was called a racist by people who had never even read the article and questions were asked in the Scottish Parliament. In this chapter he clarifies the situation, explaining the differences between the two. Basically Settlers are people who arrive in Scotland from another country but are happy to embrace the place, people and culture – in my experience these people often cheerfully end up becoming more Scots than the native Scots.

Colonists move to Scotland as a sort of smash and grab raid, often being given high profile jobs in Scottish culture, knowing nothing about the subject, but for them it’s a stepping stone to getting a similar position in England, they usually stay a very short time. In my experience these people usually come to Scotland and grouse about everything – declaring loudly how much better everything is elsewhere – in their opinion. Not the way to win friends and influence people.

The next chapter – A Small Stir of Correspondence was the upshot of Gray mentioning the difference between Settlers and Colonists. Pete Selman who was the Director of Properties and Visitor Services at the National Trust for Scotland and took umbrage at what Gray had said at something he was invited to. It’s a bullying letter from him demanding an apology from Gray and threatening to remove his books from the National Trust shelves because as far as he knew they weren’t selling any of his books anyway.

Alasdair Gray’s reply to Selman is a cracker, needless to say that he didn’t get a reply to it. Among many things Gray pointed out that his mother’s parents were both English and he has never had any problem with English people choosing to live in Scotland or indeed the many Scots who live in other parts of the world – only the carpetbaggers.

It’s all about peoples’ attitude to others or as one of our English friends says – some English people come to Scotland and ‘do the English thing’ – by which he meant they throw their weight about.

This is an interesting read, and what with all this Brexit chaos it highlights the differences between the two so-called united kingdoms. If Scots had known that Brexit would become UK Government policy within two years the outcome of the 2014 Independence Referendum might have been very different. 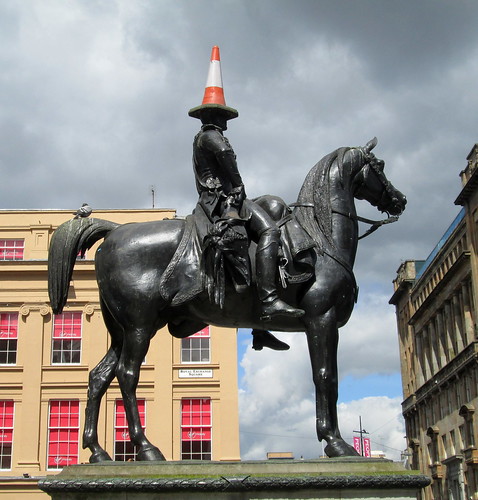 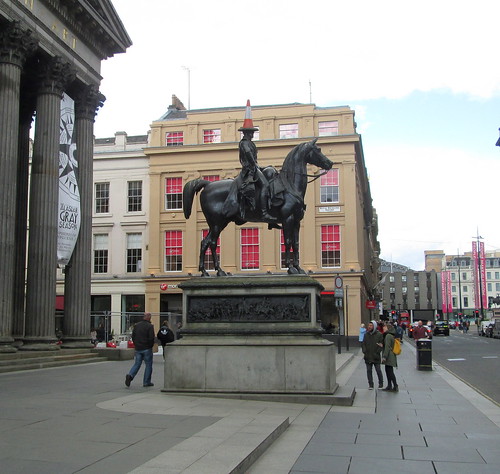 I read Lanark as part of the Read Scotland 2014 Challenge, I chose this one because I hadn’t read anything by Alasdair Gray before although we have all of his books, this one must have been sitting on a bookshelf here since 1981, it’s the first one he had published and was named as the second best Scottish book recently, Irvine Welsh’s Trainspotting was the winner. As ever, these polls should be taken with a bucketful of salt as something like less than 500 people voted for it, so not exactly a large poll.

Anyway, I’m glad that I read Lanark although it wasn’t really my cup of tea, well it was curate’s eggish as it was good in parts. It’s quite a chunkster at 560 pages and in fact the full title is Lanark A Life in 4 Books. It’s obviously very autobiographical, Alasdair Gray is an artist as well as a writer.

Lanark is not the place, but is the main character and he is also known as Duncan Thaw. Duncan is a young Glaswegian who hopes to become an artist. As Thaw was living in the part of Glasgow where I was actually born and he visited the park which I have some of my earliest memories in I found those parts really interesting but early on parts of the story become really fantastical, like something written by Lewis Carroll – but for adults, and it was really quite weird. Jack said to me that when he read it when it was first published he thought it was brilliant, nothing like it had been written by a Scot before, but Jack is a keen reader of SF.

The blurb on the front says: ‘An ambitious and marvellously inventive novel’ Malcolm Bradbury

Some blurb on the back says: ‘When dawn comes up and then retires in dismay, we find ourselves in the presence of an overpowering surreal imagination. A saga of a city where reality is about as as reliable as a Salvador Dali watch.’ Brian Aldiss

It’s certainly a novel which makes you think, as civilisation as we know it has disappeared.

Definitely different from my usual choice of reading matter but it’s good to have a change now and again. For my second Read Scotland choice I opted for Rockets Galore by Compton Mackenzie, much more my thing.