Tension by E.M. Delafield was first published in 1920 but has just been reprinted by British Library. It has a preface by Lucy Evans and an afterword by Simon Thomas of Stuck in a Book.

Sir Julian Rossiter is the director of a small private college. His wife Lady Rossiter is a rather overbearing woman who seems to regard the teachers of the establishment to be somehow under her supervision. She’s forever poking her nose in where it isn’t wanted. When a new superintendent of shorthand and typing is employed at the college Lady Rossiter realises that it’s someone that a male relative of hers had been involved with in the past, and she doesn’t approve of Miss Marchrose at all. She feels that she treated her relative very badly.

But Miss Marchrose is very good at her job and popular with everyone at the college, especially with Mark Easter who is rather a favourite with Lady Rossiter. Frankly she’s jealous and decides to instigate a campaign to get rid of Miss Marchrose, dripping poison about her into the ears of the other teachers, one by one.

There’s no getting away from it, Edna, Lady Rossiter is a ghastly human being with no empathy for a woman who was in the same boat as she had been in the past, but marriage to Sir Julian had put all such thoughts out of her head, and had led to her developing a horrible sense of superiority.

However it isn’t just the women who had been in a similar situation. Three of the male characters had taken the plunge and had at some point proposed marriage just because they felt sorry for a woman. It isn’t a good basis for a successful marriage, but Sir Julian has perfected the art of withdrawing from marital life as much as possible – anything for a quite life! Lady Rossiter mentions that they never argue, not realising that that is proof of their estrangement. I must admit that I always shudder whenever people boast of never having had an argument with their spouse as it means that one of the couple is a doormat, or frightened to voice their own opinions – or they just don’t care enough to bother to communicate.

This makes the book sound a bit of a drag but it really isn’t, there’s quite a lot of humour in it, although not at the same level as Delafield’s Provincial Lady books. I particularly enjoyed the company of Mark’s two young children Ruthie and her younger brother Ambrose, known to Ruthie as Peekaboo. Ruthie does a lot of excited hopping on one leg, I could just see her doing it, and poor wee Ambrose – bossed around by Ruthie – is charming, sticky hands and all!

I was sent a copy of this book for review by British Library and as a fan of the Provincial Lady books I was very happy to do so. This was a very different read which was at times infuriating, but that just proves what a good writer Delafield was. 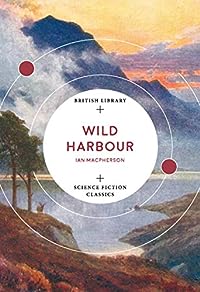 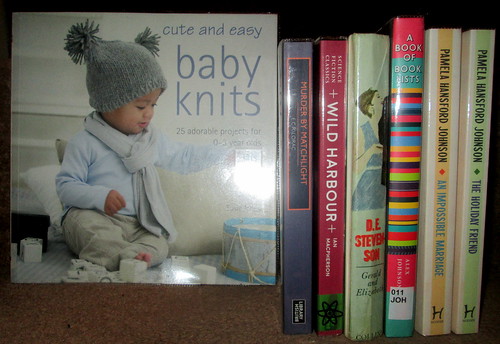