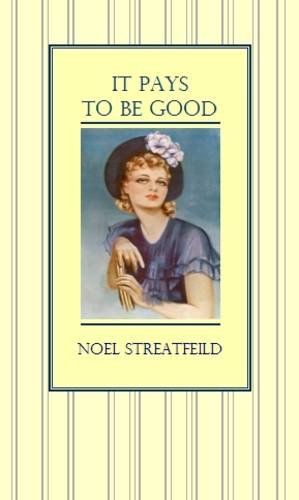 My last read for The 1936 Club is It Pays To Be Good by Noel Streatfeild. My copy is a 2015 re-print by Greyladies. This is the third book that I’ve read for the 1936 Club and and happily they’ve all been books that have been languishing on my shelves unread for quite a wee while (years).

Flossie Elk’s entry into the world had been difficult, in fact since then her mother had never felt quite right, her insides had a tendency to ‘flop’ and she was told by the doctors that Flossie must be her only child. The astonishing thing is that Flossie is such a beautiful child with white blonde curls, born to very ordinary parents. Her father George Elk is a greengrocer with an evangelical Christian leaning and he wants his daughter to grow up to be a good wife to a nice man, but her mother Fanny thinks that Flossie must be beautiful for a reason, and that she should make a career of her looks. Flossie was still a toddler when she realised that screaming her head off to get her own way was hard work, it was far easier to silently look at her father and fill her eyes with tears, no man seems to have been able to withstand her manipulative tears and hurt look for long. Flossie is thoroughly spoiled and really should come with a stamp on her forehead warning she is a danger to men, although to be fair she even manages to fool the sillier women that she encounters – such as her teacher at infant school .

At the start of World War 1 George joins the army and four years later when he hirples home the damage is done as Fanny has sent Flossie to a stage and dancing school with the result that Flossie thinks she is above everyone and she treats her poor mother like a servant. She manages to twist her father around her little finger and it’s not long before he agrees to her being on the stage.

At the age of 16 an audition results in Flossie getting a leading part in a London show, just because of her looks, in truth she’s not that talented but that doesn’t seem to matter. She’s chaperoned by Mouse who needs a lodger who will help pay her rent. Mouse has to train Flossie to seem like a well-bred young woman, not the common as muck girl that she really is. Flossie is a quick learner and in no time she has legions of men of all ages lusting after her. By this time her name has been changed to Virginia and her management have fed a rumour to the press that Virginia is the off-shoot of some sort of royalty and Virginia herself has started to believe it, she certainy behaves that way and her poor parents are completely forgotten.

There’s a lot more but I’ll leave it at that. Suffice to say that I really enjoyed this book although it’s quite a frustrating read as Flossie/Virginia is the sort of person that you would never get tired of slapping, and she doesn’t really get her comeuppance. I have a horrible feeling that there are quite a lot of her type around. Nowadays she would be described as being ‘a piece of work’ I suppose but by her own moral standards (and her father’s) she’s above everyone else in the book.

I’ll definitely have to track down more of Noel Streatfeild’s novels for adults as until now I had only read the books that she had written for young people. 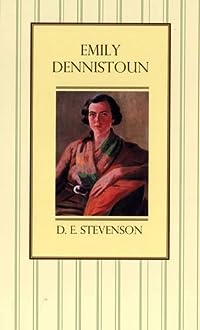 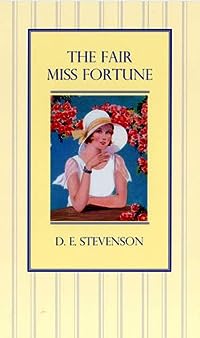 I watched the Scottish news at lunch time as usual and was quite amazed to see that there was a report about D.E. Stevenson on it. Apparently two new manuscripts had been found in her attic by her grandaughters. The cynic in me thought Oh aye, sure! but it’s true.

Shirley Neilson of Greyladies publisher got a phone call from one of D.E.’s grandaughters about it and the upshot is that The Fair Miss Fortune and Emily Dennistoun have been published by them. The first one was rejected by a publisher in 1938 and they think that Emily Dennistoun was written sometime in the 1920s. It’ll be very interesting to find out what they’re like.

So Judith, Reader in the Wilderness – I know that your mother is a big fan and I hope you can get a hold of the books for her somehow, for some reason D.E. is much better known in America now than she is at home. I’m sure the libraries there will be ordering them in.

I still haven’t managed to pay a visit to the town of Moffat yet, where she is buried.