After spending an afternoon in Bruges we drove on to Ypres or Ieper as the locals prefer to call it nowadays. We were there last year for the first time, mainly because we wanted to attend one of the services of remembrance that are held every evening at 8 pm at the Menin Gate. You can just see the edge of the massive gateway to the town in this photo. It has thousands of names of the ‘fallen’ on it. The road is closed off every evening which does annoy some of the locals, but as so many visitors are going there just to track down family graves, and it brings a lot of money into the local economy, I think it’s something that they’ll just have to put up with. 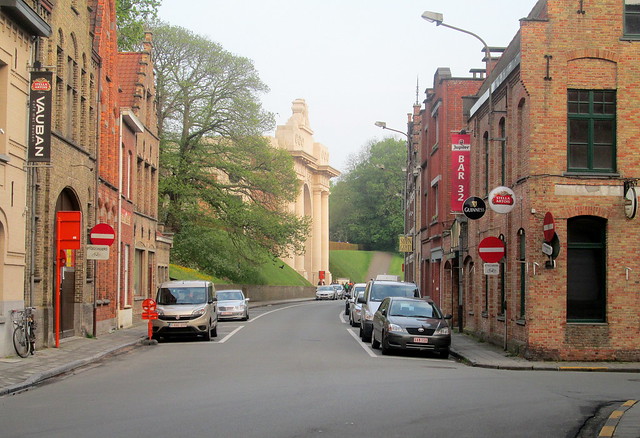 The photo below is another view of the Menin Gate taken from the west. 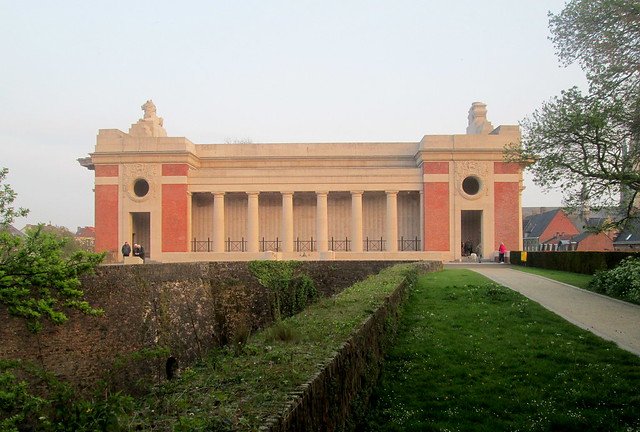 Below is another view of the Menin Gate and the moat which surrounds the town. 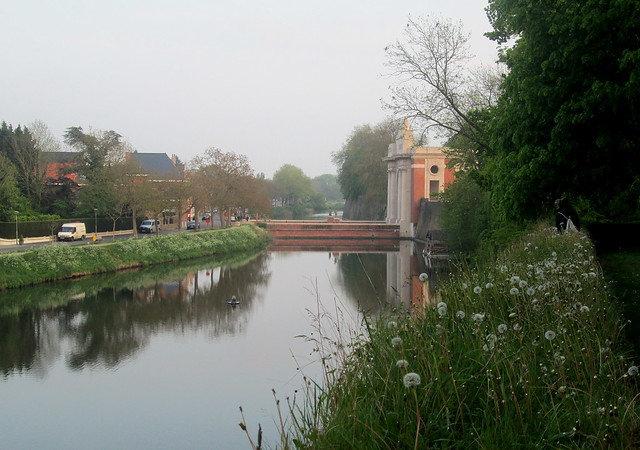 The photo below was taken from the ramparts near the Menin Gate and the houses are on the other side of the moat. They’re all individually designed and some are very smart looking. 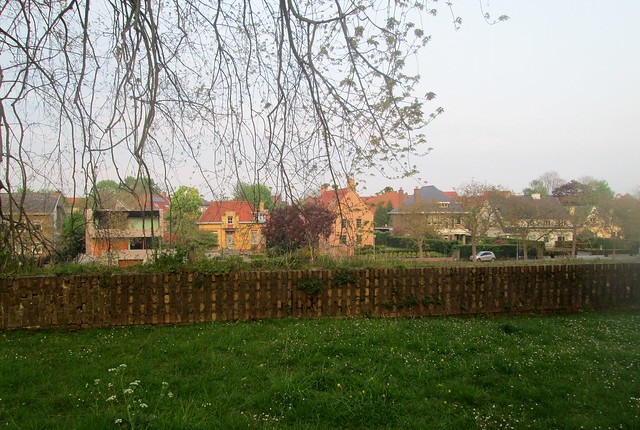 I didn’t take any photos of the town of Ypres this time but you can see some I took last year here.

And we stayed at the same hotel which you can see here, we had much better weather last year.

This year we just took the photo below, in the evening. 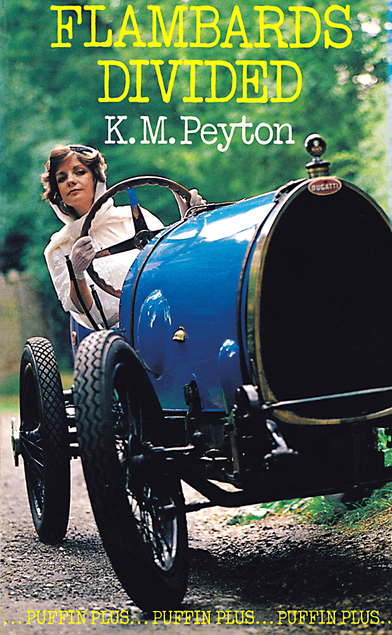 Flambards Divided by K.M. Peyton is the last book in the Flambards series, published in 1981 and aimed at older children, teen readers I suppose they would be described as nowadays.

It seemed apt to be reading it while I was in Belgium looking at World War 1 cemeteries and such, because the setting is towards the end of the war. Christine is of course a young widow with a small daughter and after spending lots of her inherited money on improving Flambards as a farm and trying to make it pay her cousin Mark has come back home from the war where he was very badly wounded.

Christine has married Dick who was a servant at Flambards before the war. Their marriage isn’t popular because everybody disapproves of her marrying so far below her station and Dick is too stubborn to want to get on with the neighbouring landowners. Christine isn’t happy that Dick has taken over the running of the farm and wants no input from her at all.

When Mark arrives back at Flambards the atmosphere is poisonous as Mark and Dick have a lot of animosity, with good reason. Christine finds herself in the middle of two warring men and everything begins to fall apart for all concerned.

This book shows how World War 1 changed everything in social terms and also how the death of so many young men made it necessary to change laws to take account of the imbalance of the sexes.

This is an enjoyable series which of course was made into a TV serial but I’m sure that the TV series only dealt with the first two books. It’s a shame that nobody thought to make a new series of the whole set as it would have been ideal viewing during these centennial years.

As it happens Jack has just done a blogpost about the Menin Gate in Ypres and if you’re interested you can see it here.