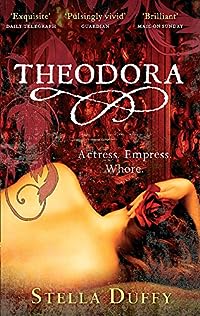 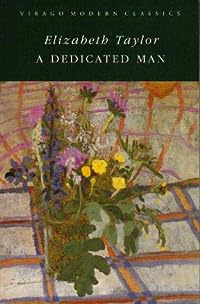 This is a Virago publication and another one from my 2011 Reading List which I hadn’t realised until I started to read it is actually a book of short stories. I’ve only read novels by Elizabeth Taylor previously and really liked her writing and her short stories are equally good.

It’s usually her cousin Katherine Mansfield who is held up as a great short story writer and I have a copy of her stories which have been reprinted by Folio Books. I used to be in the Folio Book Club mainly because their books are always so beautifully produced. But I would say that Elizabeth Taylor is just as good as her cousin.

In common with Mansfield and Daphne du Maurier quite a lot of the short stories are set at holiday locations and I hadn’t noticed it until now but I suppose it is a good subject for writing about – people watching on holiday.

The blurb on the back says:
‘Like Jane Austen, like Barbara Pym, like Elizabeth Bowen – soul-sisters all – Elizabeth Taylor made it her business to to explore the quirky underside of so-called civilisation.‘ – Anne Tyler

The introduction is by Joanna Kingham, Elizabeth Taylor’s daughter and it also contains an interview of her mother which appeared in her local paper The Bucks Free Press in 1971.

I bought this book purely because it was published by Virago and it wasn’t till I got home and read the blurb on the back that I thought ‘Oh dearie me! This could be a mistake!’ But as usual for Viragos, it was a really enjoyable and informative read. This is another book on my 2011 Reading List.

It’s set in Australia, and that was what put me off in the beginning because yes – it’s too hot and too sunny! But I got over that even though in parts I almost felt that the red dust of Australia was lodged in my throat.

The Parsons family Ma, Pa and daughters Helen and Mary have built up a home and farm business in the Northern Territory but when a Japanese aeroplane drops a bomb nearby they decide it’s time to move on and head for a safer part of the country. They’re living in fear of a Japanese invasion.

The family joins up with Dan McAlpine to drive 1,000 cows and bullocks to Queensland. It’s a 1,600 mile journey on horseback and cart across a hostile landscape, searching for aboriginal waterholes along the way. The native Australian people are mainly written about with respect but it did infuriate me that they had to make do with the rib bones when the others were eating steaks!

First published in 1947, the book was written after the film of the same name. I’ve read and seen so much about World War II in the past but it’s always been about Europe or Egypt and it just hadn’t occurred to me that people in Australia were being bombed and living in fear too.

You might know that I’ve been avoiding buying books recently, mainly because I’ve got so many unread books in my house. But last week I bought a few in Edinburgh and that sort of opened the floodgates.

As it was a lovely day today we took ourselves off to St Andrews and ended up (well actually we began) in the bookshops. This lot is the result.

The book gods must have been hovering above me today. Only one Virago mind you but what a one, I love Elizabeth von Arnim. There weren’t any books by the authors that I was actually looking for, except for The Braddons by Angela Thirkell but I requested that one from the library so there wasn’t any point in buying it.

It’s just as well that I’ve got more time for reading now that we don’t have a house full of boys any more.

On to Dundee to try out Duncan’s local fish and chip shop which was very good. Then we had coffee towers from Fisher and Donaldson – so bang went the healthy diet. And bang went another Saturday too.

Well, if you’re going to fall off the wagon you might as well do it in style. 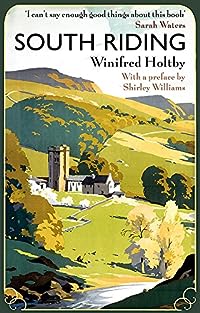 I have to say a big thank you to Virago for sending me a copy of this book. I did read it years and years ago, not long after reading Vera Brittain’s Testament of Youth in which Winifred was mentioned as being a great friend of Vera and a very good writer. I intend to re-read it at some point soonish and post a review because I did really enjoy it the first time round.

The new Virago publication has a lovely cover, it’s a Yorkshire Dales British Railways poster and they’re always so stylish and redolent of the 1930s. Shirley Williams (Vera Brittain’s daughter) has written the preface.

Apparently Andrew Davies has done a new dramatization of it for the BBC starring David Morrissey and Anna Maxwell Martin, so that’s something to look forward to.

Again thanks to Virago for the unexpected copy.

I have a small collection of books published by Virago It’s a feminist publisher and I usually buy the books which they have re-printed and saved from obscurity. I don’t think I’ve ever been disappointed by a Virago book, and they never spend long in the TBR pile.

It looks like quite a pathetic haul really but I suppose I’ve read a lot more than these ones, having borrowed a lot from the library.

I usually buy them from second-hand/used bookshops but I don’t feel guilty about not buying them new, mainly because my local bookshop is a Waterstones and they were pretty ruthless when they expanded their business. They targeted towns which already had independent bookshops and set about putting them out of business. The local family run buiness here didn’t last very long after Waterstones turned up, they just couldn’t compete with them and so had to close down after years of trading. But that’s another gripe altogether.

I’ve just discovered after looking at the Virago site that I could be buying them straight from the publisher, I hadn’t realised that!

I prefer the older Virago covers to the newer ones which have the apple logo on them. I think the old ones look classier.

I’ve just realised after looking at the photograph that one of the Rosamond Lehmann books is a Collins. Silly me!