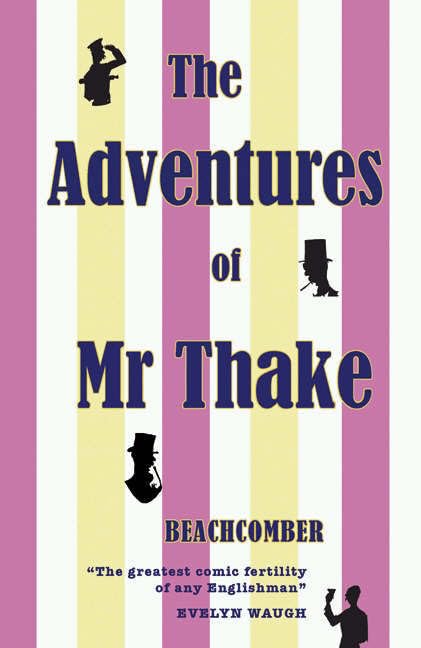 The cover of this book has on it “The greatest comic fertility of any Englishman” Evelyn Waugh. The book is by
J.B.Morton aka Beachcomber who was a columnist for the Daily Express newspaper for nearly 60 years. Morton had been in the army during the First World War but when he got shell shock he was moved to Intelligence. Anyway his experiences made him cultivate a great sense of humour, I suppose as a survival technique, and he started writing a comical newspaper column in 1919.

Mr. Thake is an English upper class twit and the book consists of letters which he has written to Beachcomber from wherever he is at the time, be it Monte Carlo or Maidstone.

I don’t think that I actually laughed out loud at any time, which I definitely have done with some of Evelyn Waugh’s comical writings. I would describe the book as being mildly diverting in its daftness.

I borrowed this book from my local library.