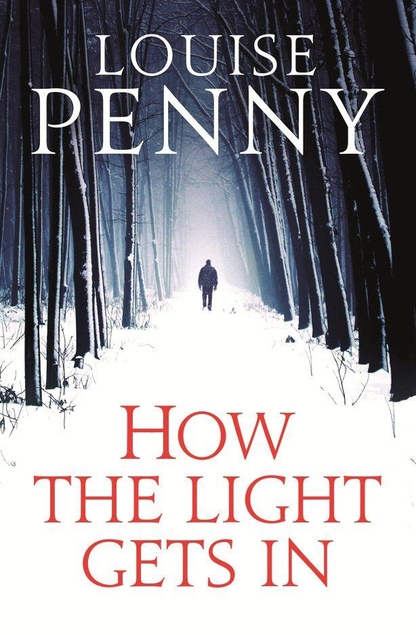 How the Light Gets In by Louise Penny was published in 2013. It’s the ninth book in a series featuring Chief Inspector Armande Gamache of the Surete of Quebec. When I got to the end of it I thought it might be the last in the series but thankfully another couple have been written since this one.

I can’t say too much about this book because I don’t want to spoil it for anyone. The words ‘just brilliant’ are what come to mind – or ‘pure dead brilliant’ in Glaswegian. It isn’t a cosy comfort read in fact it’s quite stressful as just about everyone in the Surete seems to be against Gamache. Henri his German Shepherd dog is keeping him sane it seems.

I’ve been catching up with this series after getting to it late, it was Joan of Planet Joan who recommended the books to me as a great read – how right she was. In fact I think I will be reading the books again eventually, just to get my fix of the village and its weird but somehow very human inhabitants.

Louise Penny also chose to make her detective a decent chap who is very happily married, such a nice change from the usual cliche of a dysfunctional anti-social divorcee which so many other authors seem to prefer.

But it’s not just the characters and the setting which are so addictive, it’s also the twists and turns in the plot. What a page turner!