The garden below might not seem spectacular but I’ve always hankered after a garden edged by a wee burn, and it would have to have the garden sloping down to the burn too, so there was no chance of the house being flooded. The one in the photo below would do me fine. New Abbey is a very Scottish looking wee village, just five miles south of Dumfries. 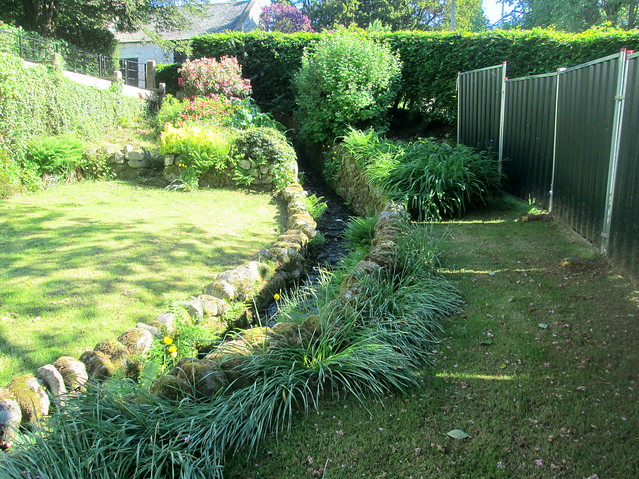 If you want to visit Sweetheart Abbey it’s the village of New Abbey that you head for. Sweetheart Abbey is the nickname given to the new abbey by the monks there, as Lady Devorgilla who founded the Cistercian abbey carried her husband’s embalmed heart around with her for years until her own death in 1289. Jack posted pictures of the Abbey here. 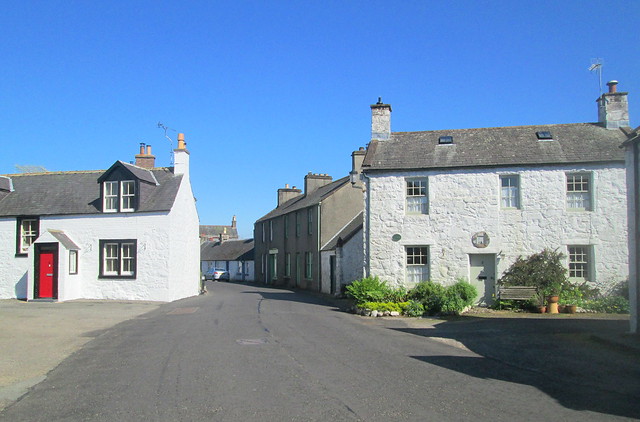 Dumfries and Galloway must have more abbeys and priories than anywhere else in Scotland. It’s close to Ireland and Christianity was brought to Scotland by the Irish. The sea crossing is usually rough and must have been terrifying back then. Of course the religious buildings are all ruins now, but still interesting to see.

I liked the porthole windows in the gable end below. 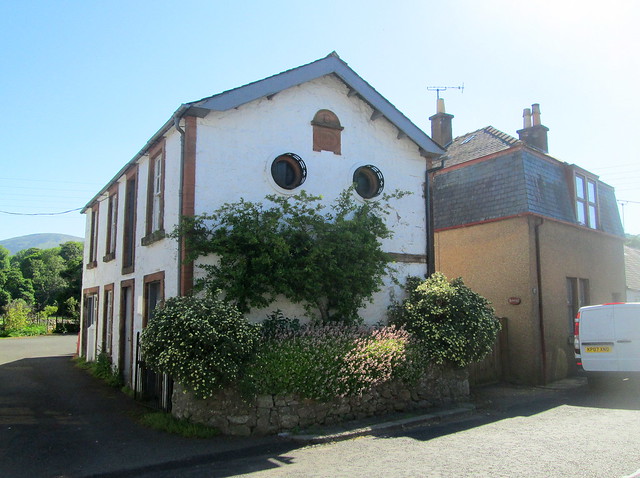 The Corn Mill is run by Historic Environment Scotland – as is Sweetheart Abbey. 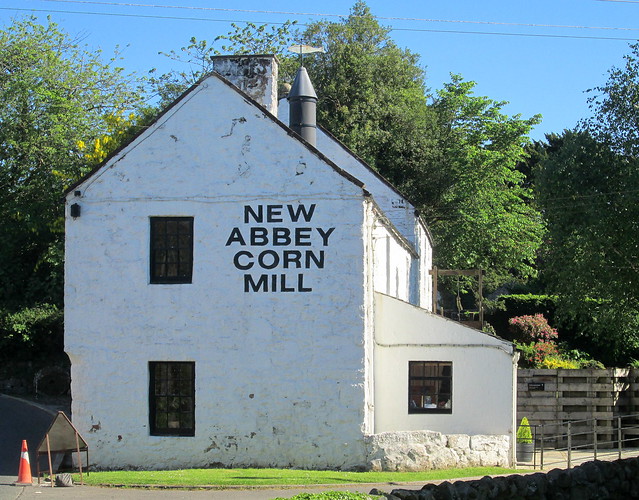 The massive mill wheel below was turned by that wee burn in the first photo in its heyday and I suppose that the owner of the mill would have been one of the wealthiest people in the area. Sadly it isn’t a working mill now. 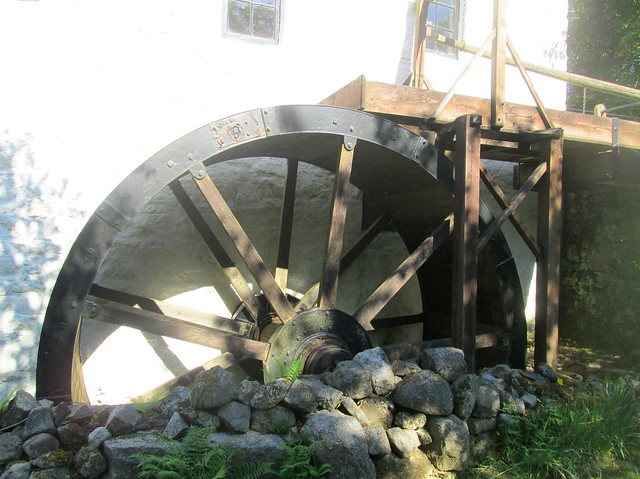