I suppose I have to admit to having an interest in church buildings, although I’m not in the least bit religious, so when we stopped off at Overleigh Cemetery in Chester to feed Jack’s definite obsession with Commonwealth War Graves, I was surprised to see that the church in the centre of it was flying an unusual flag. I had originally thought that from the architecture the church looked Scandinavian, but the flag turned out to be Bulgarian so Saint Barbara’s is a Greek Orthodox church. The graveyard surrounding it seems just to be used for any locals though. 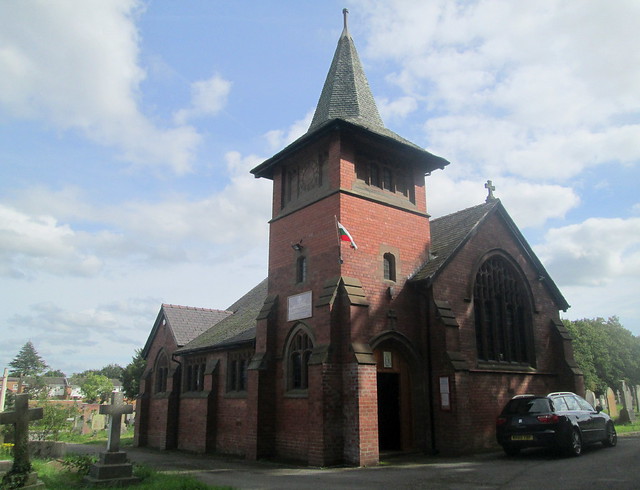 The church was open as there was someone busy in the back offices, so we took the opportunity to have a quick keek inside. It was a bit of a WOW moment as there’s so much gold in there, very different from the austere decor of Scottish Presbyterian churches. 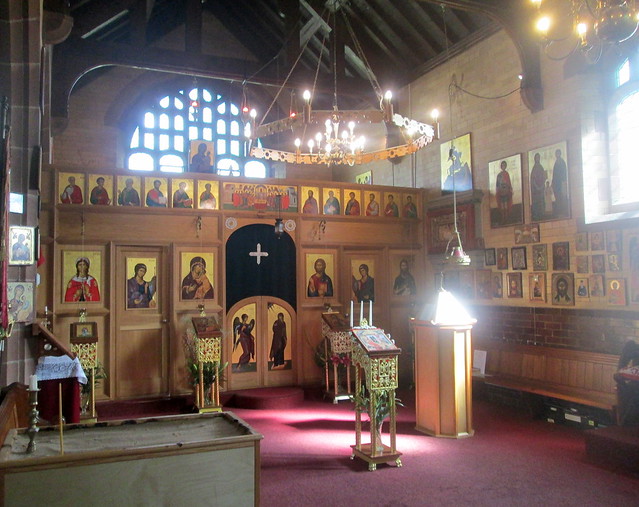 The effect doesn’t really show up so well in the photos, but it looks like they didn’t want to leave any saint out. I’m presuming that these icons depict saints. 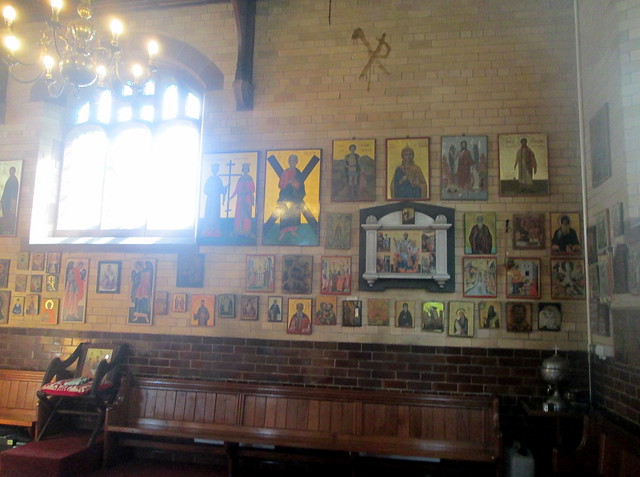 We crept in and Jack quickly snapped these photos, and the impression was of opulence, but now that I have the leisure to really look I can see that the walls are just bare brickwork. 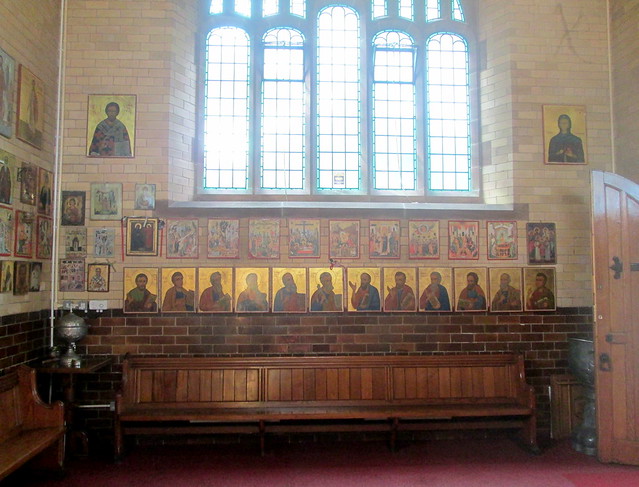 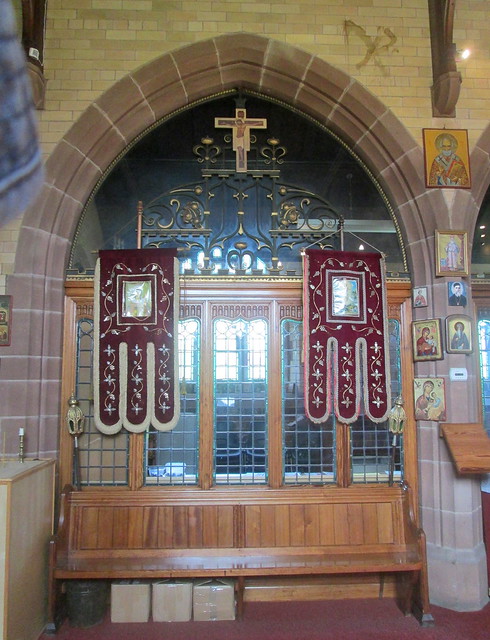 This was once one of Overleigh Cemetery’s chapels despite the architecture not looking very English. 1987 was the year when it became a Greek Orthodox place of worship. 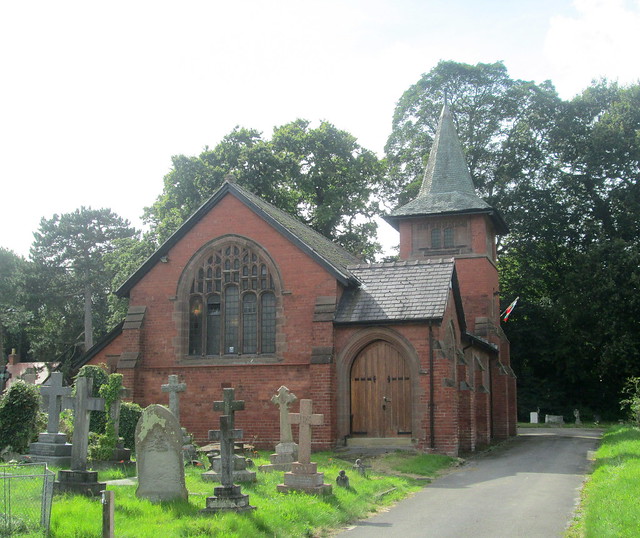