Back at Calke Abbey, you can see from the amount of clutter around that some of the rooms are very Victorian, I suspect that these were the ones that the family used most themselves. Why have one fire screen when you can have three?! 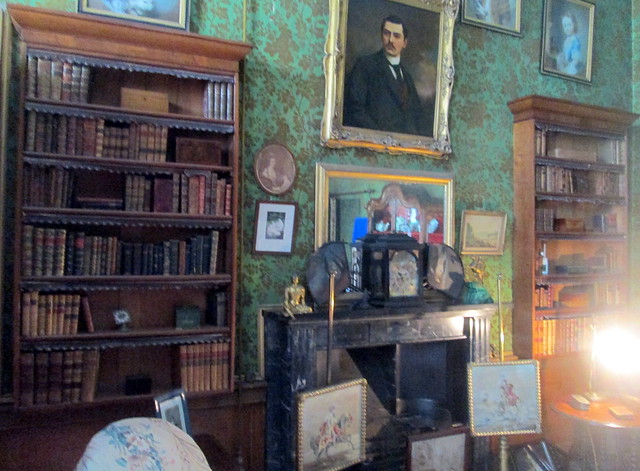 I love the nurseries in these old houses, more than anything a doll’s house and push along horse makes you realise that no matter how grand they were in their heyday they were still family homes. Mind you, it’s a very grand doll’s house. 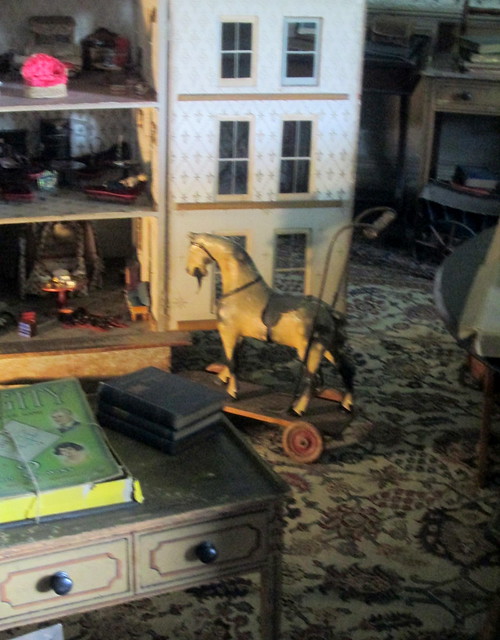 But it’s a very long time since any children ever played in this nursery/schoolroom which obviously became a bit of a dumping ground for ‘stuff’. I think it was a good decision of the National Trust’s to leave things just as they found them for once. I like all the soot stained ghostly outlines of whatever hung on the walls. 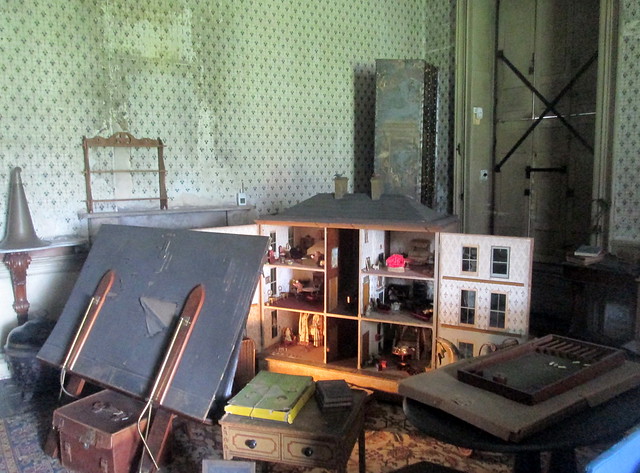 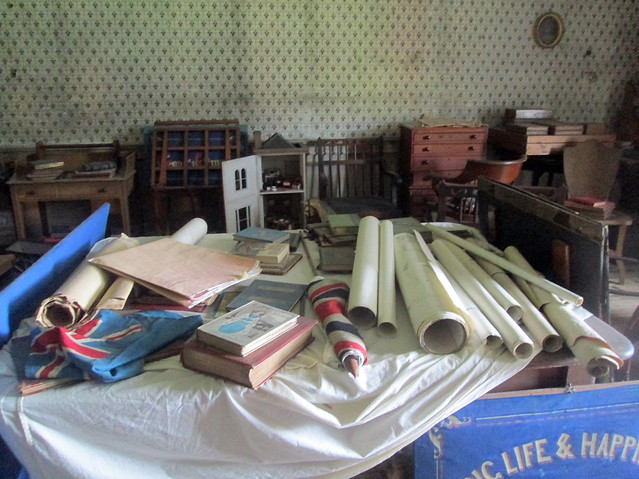 I suspect that the children were bathed in a tin bath in front of the nursery fire and not in the shower in the photo below. Surely there must have been some sort of oilskin curtain around it to keep the water in. I think that the water must have been stored in the cistern above and when it was empty your shower was over. You would have to be fast, unless it was little more than a trickle. 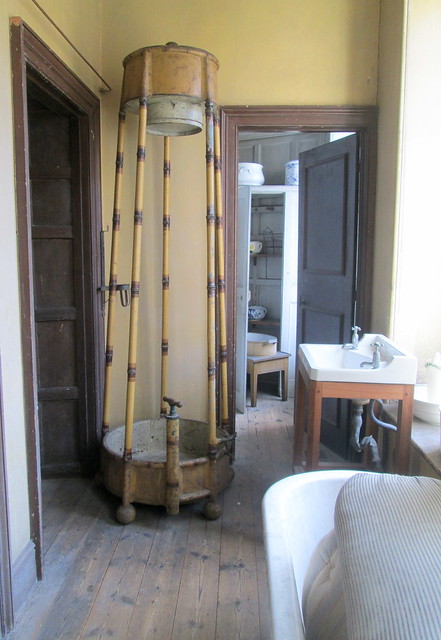