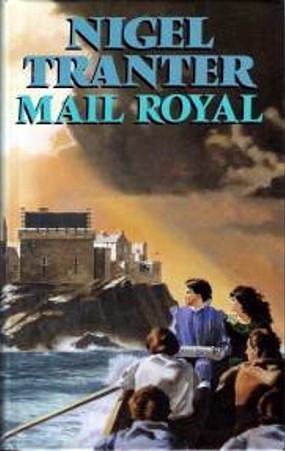 Lord Gray has been Sheriff of Angus for decades but King James VI has decided to take that sinecure away from him and give the very lucrative sheriffdom to Lord Home. But Scottish sheriffdoms aren’t in the gift of the King, not that that matters because whatever King James says goes.

Lord Gray is desperate to hang on to his only means of getting money and keeping power. He knows that his father had had a hold over King James, it was something to do with secret letters, and Gray is determined to find them so he can blackmail James too. The letters are thought to have been written by Mary, Queen of Scots and must be either embarassing or dangerous for the king.

It’s young David Gray that gets the task of finding the letters. As the illegitimate son of Lord Gray’s younger deceased brother, David gets all the dirty work to do. David’s journey takes him all the way down to London and the royal court that his uncle is so careful to avoid, just in case the King decides to execute him!

I really enjoyed this one, but I’m not sure if it was because I knew every step of the way that David Gray travelled, although he was on horseback. From Broughty Ferry just north of Dundee, to Fife, Haddington, Edinburgh, Dunbar, the fishing village of Cove that we visit, the village that’s lived in by one of my sons, the border towns we know so well. I could picture it all so clearly.

The story includes a romance of course, I think all of Tranter’s books do, and it mentions a few castles that we haven’t got around to visiting – yet!