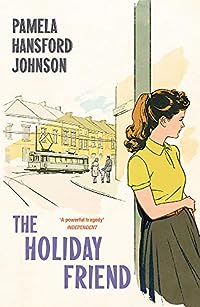 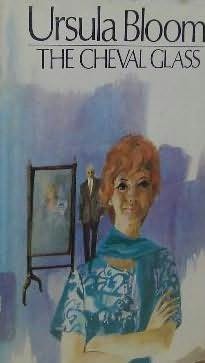 The Cheval Glass by Ursula Bloom was first published in 1973. It isn’t the first book that I’ve read by the author but the ones I have read were much earlier. I really expected to see that this book was one of her last – as it’s shot full of holes. It only has 183 pages and I read it in a couple of sittings and when you do that it’s so noticeable when the same man’s hand is described as being smooth and brown – then later on as being wrinkled, when the author wanted to point out how much older he was than his young love interest.

The setting is Norfolk and Hilary is a young artist who is renting the lodge house of a large house called Whitethorn. Her landlord is James, a 60 year old retired army officer, married to Margaret and with a young daughter and two much older sons.

In no time flat James and Hilary have embarked on an affair. James is very much attracted to much younger women. When Margaret falls terminally ill Hilary moves into Whitethorn to help look after her. By now she has formed a close relationship with Pearl the young daughter. Pearl is obsessed with a cheval glass which is housed in the attic and talks about the lady in the mirror.

This book isn’t well or even carefully written and I hated the fact Margaret is not allowed to know how ill she is, it brought back so many bad memories for me as I experienced that situation while I was helping my mother to nurse my father when he was terminally ill. For me it meant such a waste of precious time – lying about a situation that my father well knew about – but my mother couldn’t cope with. But it’s what some people used to do.

As I said previously – I expected this to be one of Ursula Bloom’s last books as it is so carelessly written but according to Wiki she wrote over 500 books in her lifetime under various names – just churning them out, so it is no surprise that it’s so badly written. According to the Fantastic Fiction link at the beginning of this post she wrote fourteen other books in 1973. Quantity over quality obviously! Did she write them, or was it some sort of franchise deal? -As often happens in publishing.