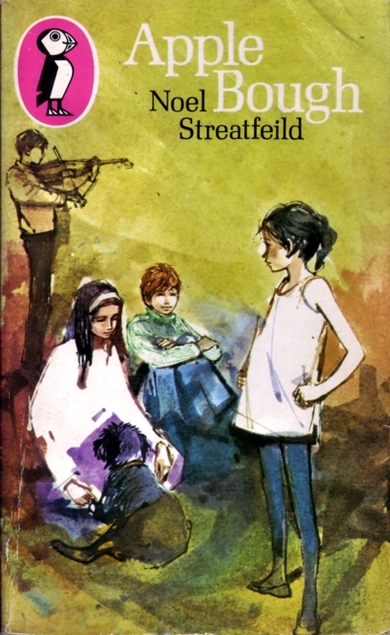 Flambards in Summer by K.M.Peyton was first published in 1969 and it’s the third book in the Flambards series. You really have to read these books in order.

The second book ended in sadness. Now Christina is on her own with the death of her pilot husband Will who had joined the Royal Flying Corps to do his bit during World War 1. His elder brother who was in the army is missing presumed dead. Uncle Matthew is also dead and Flambards has been left to go to wrack and ruin. Christina is shocked by the state of the house and land, but with most of the local men away at war it’s a hard task to make improvements.

The horses have all been taken for war service and the empty stables are unbearably sad for Christina who has always lived for horses in much the same way as Will lived for flying. She sets about buying some more horses for farm work and for riding, then attempts to track down some of the people who had lived at Flambards years before to bring the place back to life and help with farming it again.

The Flambards books are aimed at children around twelve years old I suppose and they do give a good idea of how life was for those caught up in the war, whether so called peasants or gentry. This is an entertaining and informative read and as it is from my own book piles it counts towards the Reading My Own Damn Books challenge. This is the fourth book of my own that I’ve read this month but as I have bought seven books over the last three days … my book piles continue to expand. But what can I do about it? I tend to buy more unusual books rather than modern fiction, so when I see them I just have to pounce!

The 1979 TV adaptation of Flambards DVD is available. For some reason it seems never to have been on TV since then, I enjoyed watching it at the time but it might seem very old fashioned now. It’s amazing how acting styles change over the years, The Pallisers was on TV recently and I gave up on it as it seemed so stilted and stiff, but I didn’t see it when it was on originally so way back then I might have thought it was wonderful.