Last Friday dawned dry and bright, the only dry day in the week, so we decided to drive to the very historic Fife village of Culross, which is pronounced Cooris. Although we’ve visited Culross Palace at least three times we had never tackled the very steep and stony road which leads to the Culross Abbey. It is now a ruin and a lot of the stones from it have been ‘robbed’ to build the nearby manse.

The tower of the abbey church which is in use today stands in what was the middle of the original abbey. It was founded in 1217 by Malcolm, 3rd Earl of Fife. It was home to Cistercian monks who wore white habits. 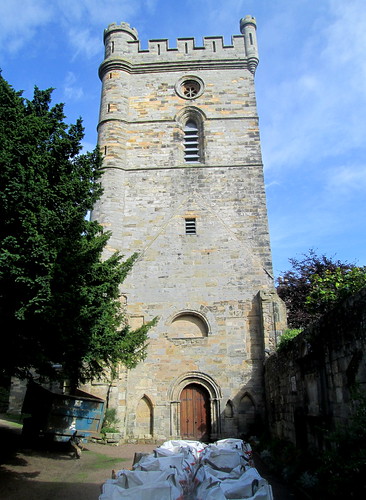 The metal stairs are very steep, I went down backwards. 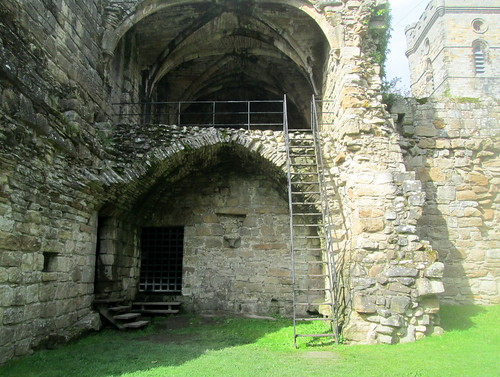 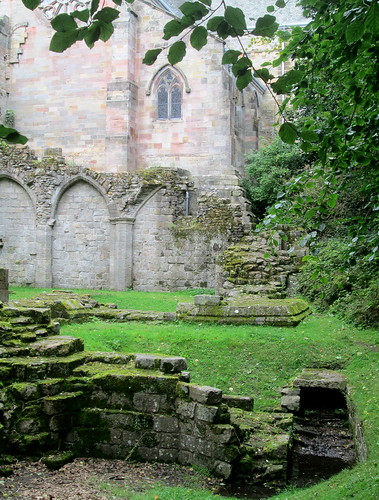 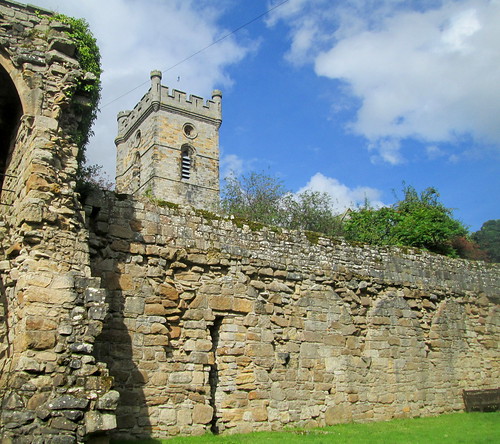 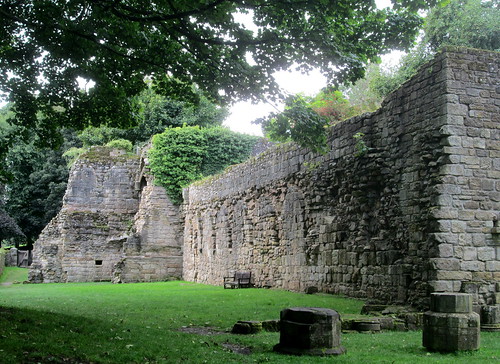 And parts of the original abbey can be seen in the manse garden. What a wonderful feature to have in your garden! 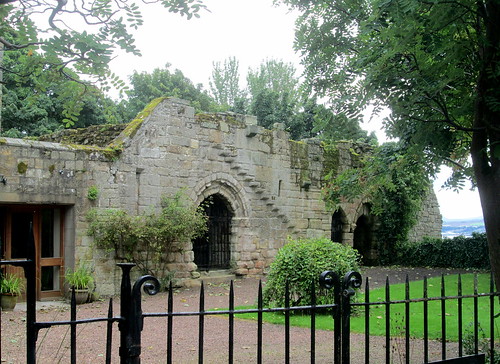 The ‘modern’ Abbey Church is still in use, it’s a shame it was closed when we were there, it looks like it would be very interesting internally. I did have a good old mooch around the graveyard though. 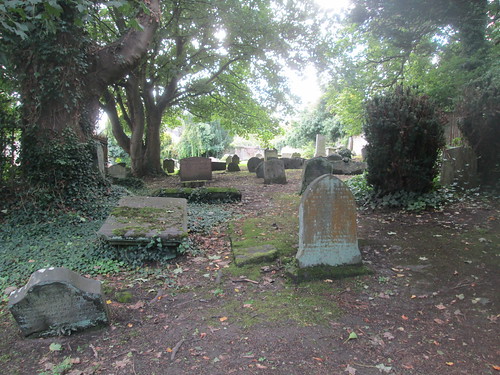 I know it isn’t everyone’s idea of a good afternoon out but it hit the spot for me! 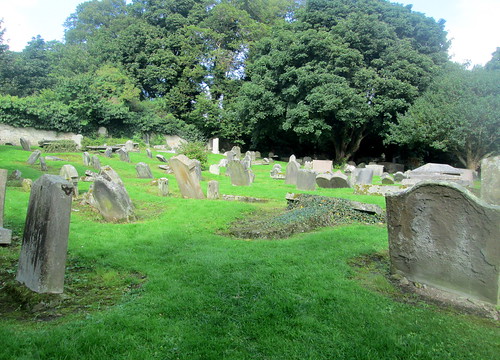 If you don’t mind walking up a very steep hill on at times a painfully uneven surface this is an interesting place to visit, as much for the lovely wee houses on the way up as for the grand but ruined abbey. A lot of the houses in the village are now owned and rented out by the Scottish National Trust, they were ruins before they took them over and refurbished them, but I’ll keep the photos of the houses for another blogpost.

You can see more images of the abbey here.