Jack photographs any war memorials that we come across on our travels and we also visit cemeteries which have a Commonwealth War Graves plaque on the gates. Most recently we visited a local one at Leslie for the first time, it’s always the same – you tend to overlook the places on your doorstep.

An awful lot of cemeteries have just a few war graves, presumably those poor men were repatriated after being wounded or gassed. They had got a Blighty one – a wound that meant they would be sent home. But sadly they often died of their wounds – eventually.

As you can see the poor soul in the grave below didn’t die until 1920, even if he was wounded right at the end of the war that is still a long time to linger. 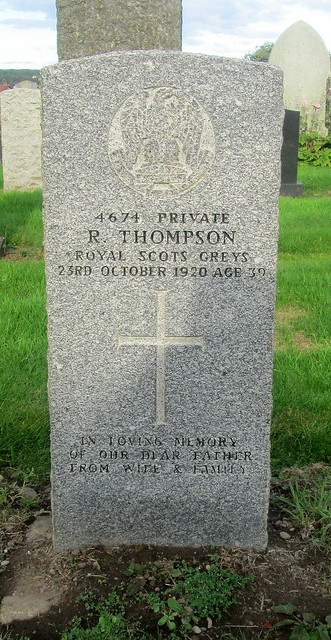 The World War 1 Memorial is situated just to the south of Dunfermline Abbey. The Second World War Memorial is set into the south wall of Dunfermline Abbey grounds. Smaller and more secluded than the WW1 Memorial. At the going down of the sun
And in the morning
We will remember them.