After walking up a fairly steep road, admiring the marble all the way, we got to the park which is quite a busy place, very well used by joggers and all sorts, like most parks. Duck ponds are always popular with the kids and they have two rather exotic black swans in residence there. 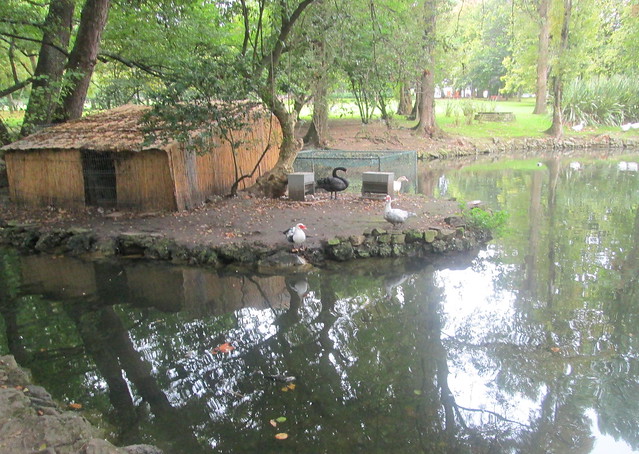 Unfortunately this one had a limp. 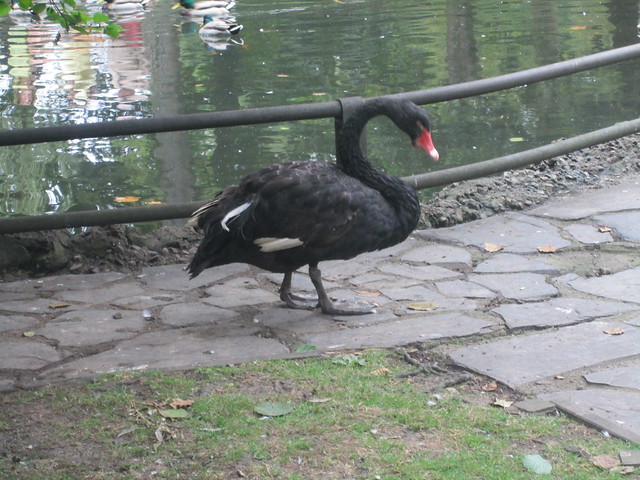 Ferrera Park is 80,000 square metres in area and it was the private park of the Ferrera Marquesses’ family until it was finally bought by the Town Hall for public use. King Juan Carlos I inaugurated it in May 1976. It is an English/British style park.

There’s a separate area through a gateway leading into this topiary garden which made me feel very much at home, all clipped box hedges, roses, pelargoniums and lavender. 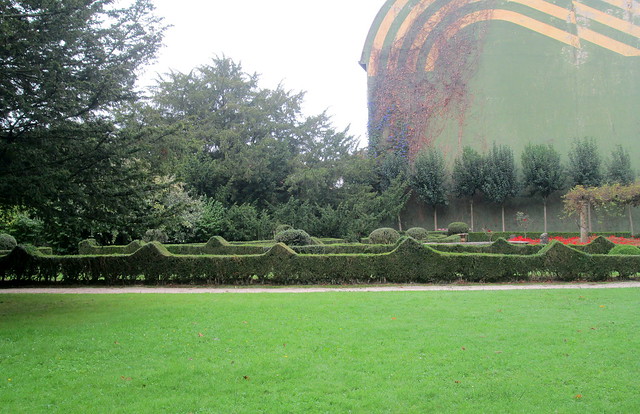 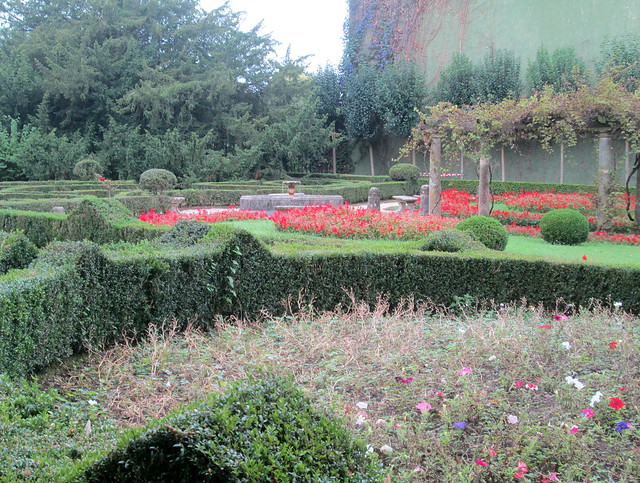 In fact I think that the large stone building in the background was a convent and this would have been a medicinal garden in earlier times. 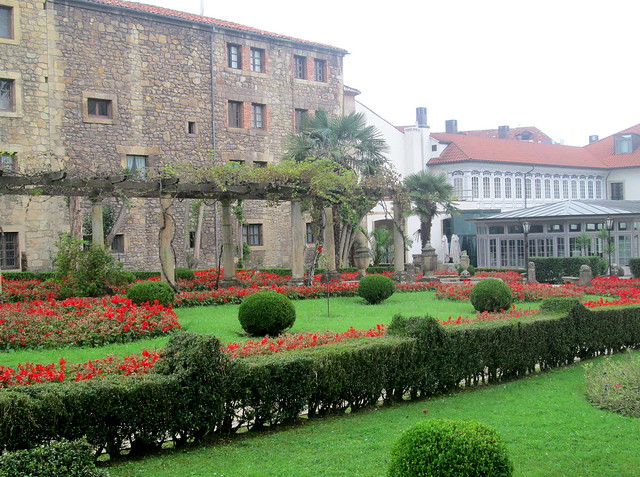 It’s a really beautiful part of the park and we had it all to ourselves, there was a sign at the entrance and from a distance we could only read a large NO so we thought maybe you weren’t allowed in but as we got closer we saw that it said NO DOGS, but maybe it put people off going in. I’d have hated to have missed it, and I must admit it was nice to be able to take photos with no people around. 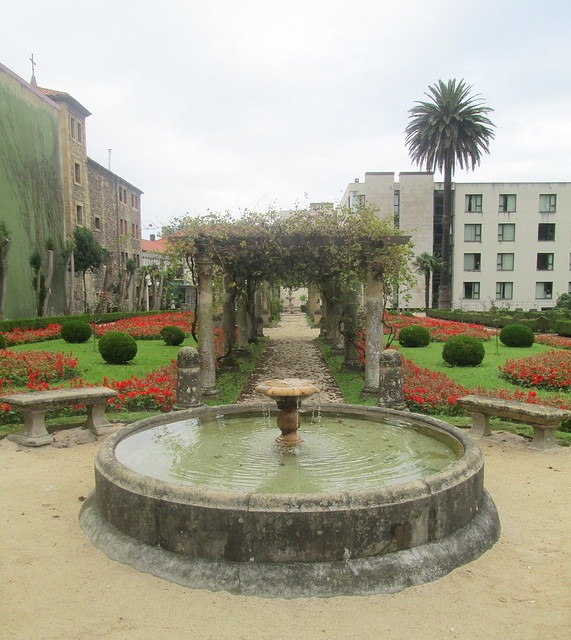 I took quite a lot of photos while we were in Aviles, it’s such a lovely and historic place and when you keep walking to the top of the town you reach a very well used set of botanic gardens. 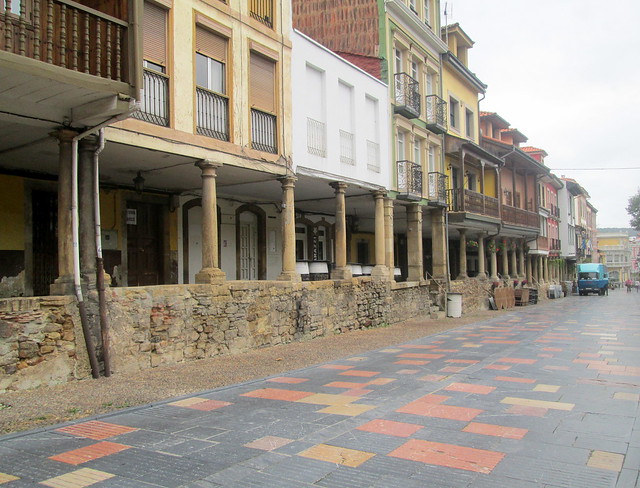 It’s quite a steep uphill walk to the park and gardens and I was amazed to see that the roads and pavements are made of polished marble – how posh is that? I suppose marble quarries in this region might be as common as slate and sandstone quarries in the UK, so they aren’t precious about it. The marble is scored every three inches or so, I imagine so that is isn’t slippy in damp or icy weather, not that they get much in the way of freezing weather in Aviles. The marble makes the place look very smart and opulent even although the buildings are obviously old and some in need of a bit of buffing up. 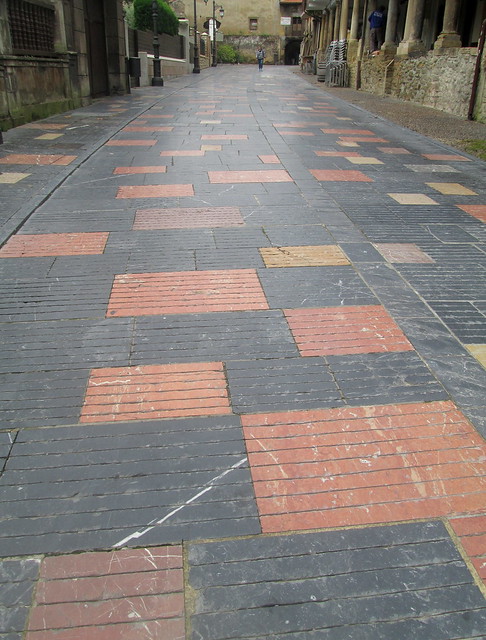 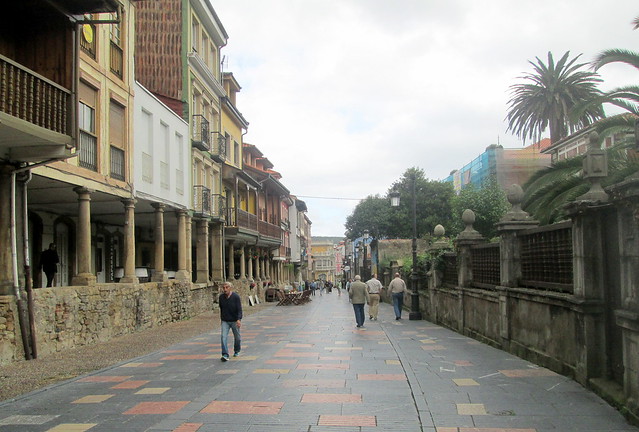 Sadly the marble doesn’t look nearly as nice in the photos as it does in reality. 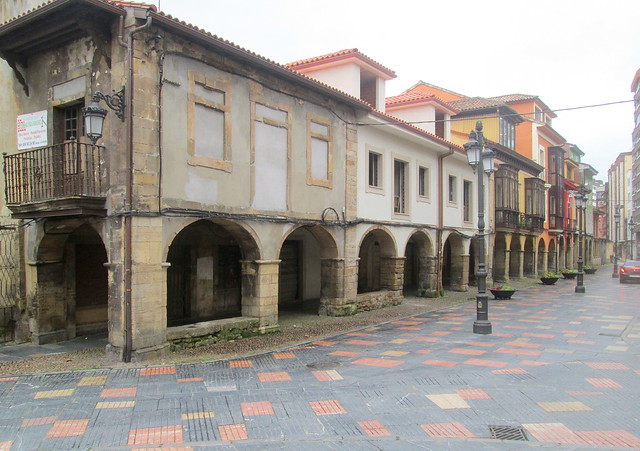 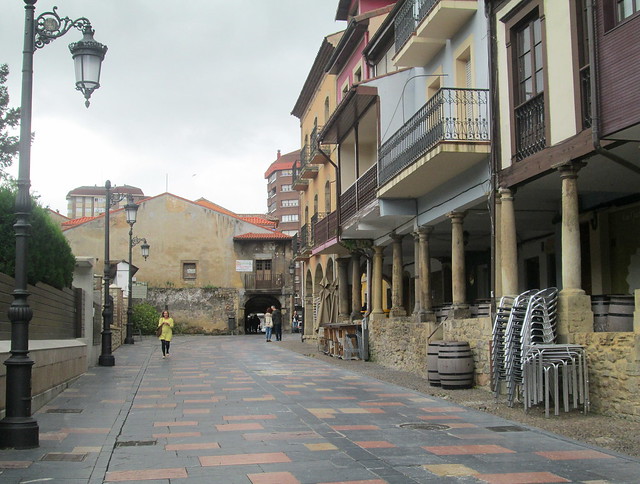 These trees were at the bottom of the marble-paved street. 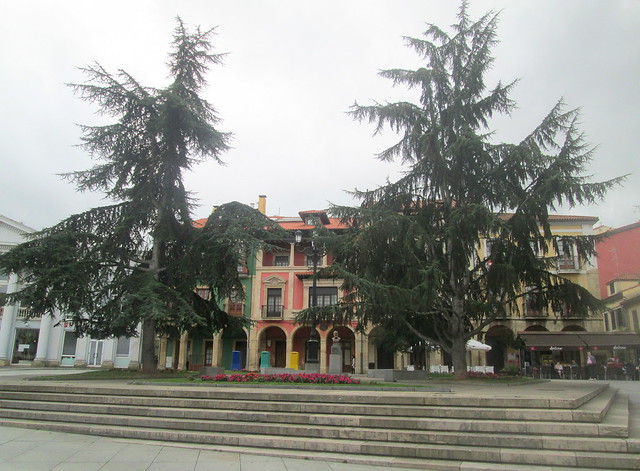