I took these three photos of my garden in August, that time when the plants take a bit of a breather before maybe deciding to give us a second flush of blooms. The first one was taken looking towards the house from the so called summer house, otherwise an oddly shaped shed which I must say has become more of a potting shed than anything else. 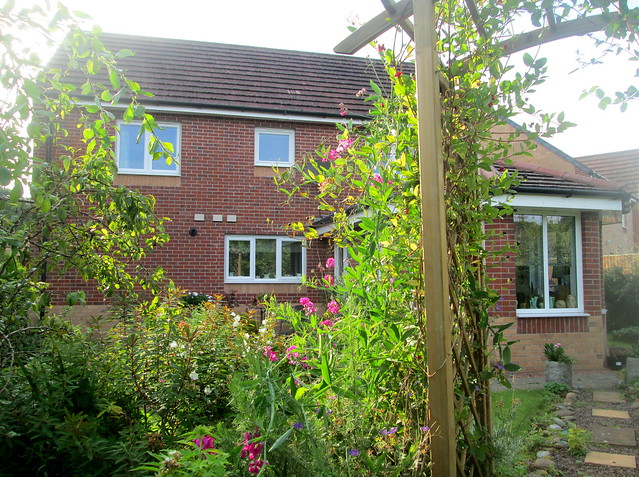 Those pink everlasting sweet peas climbing on the left hand side of the wooden archway have become a bit of a menace though – and they don’t even have any scent! That’s one plant I should definitely have avoided at the supermarket. 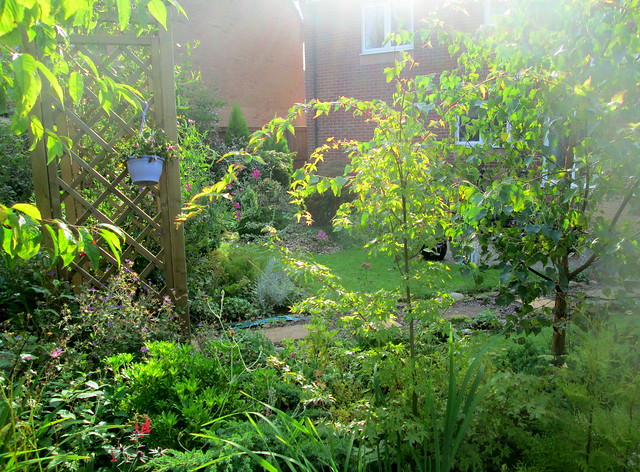 Despite the fact that we’re very nearly in November now and have had frost and some ice, the flowers in the old chimney pot in the photo below are still blooming away. Osteospermums and lobelia, they’ve been great this year. 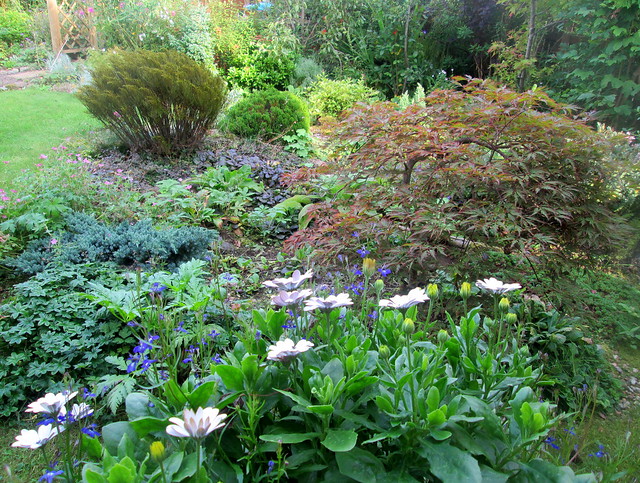 I’ve taken some photos of the garden in autumn, but I’ll leave them for next week.