Last Saturday was a gorgeous day, unseasonally warm for early April and we drove up to Dunkeld again. After having lunch at Palmerston’s and having a poke around a wee antiques shop and an unexpected church jumble sale – where I bought a big bag of tapestry wool (when will you use it? said Jack) and some cute wee individual Pyrex dishes, we set off for a walk around the outskirts of the town. So we walked through the gateway below which is at the beginning of a long driveway leading to a hotel in beautiful surroundings. 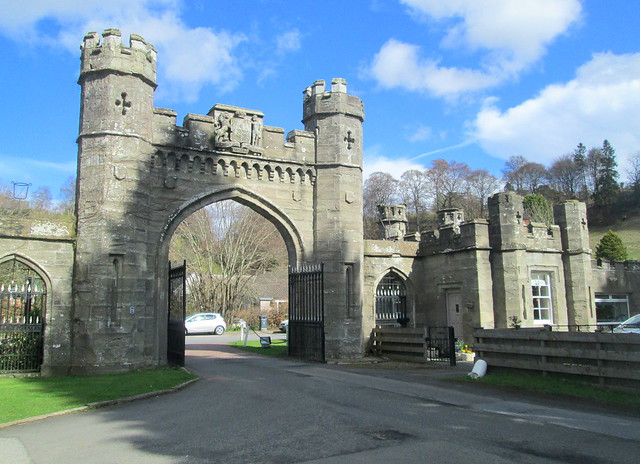 As you near the hotel they have a boat planter full of spring flowers and an ‘angler’ catching a wooden fish. 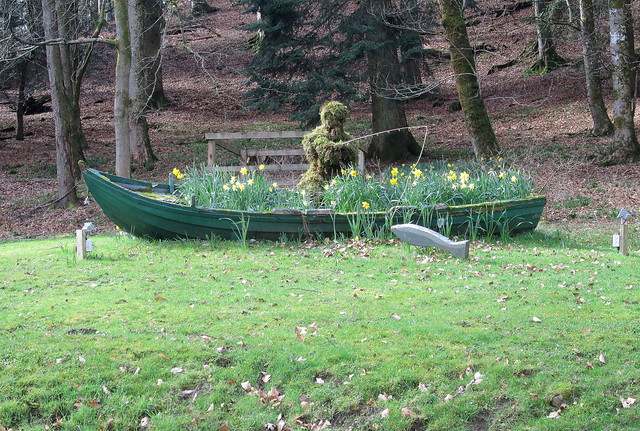 Perthshire or Perth and Kinross as I think the county is called now (why do they have to keep changing names?) is well known for beautiful trees and some of the ones around here are quite historic. As you can see from the ‘hills’ of earth on the bottom left hand of the photo the moles have been hard at work! 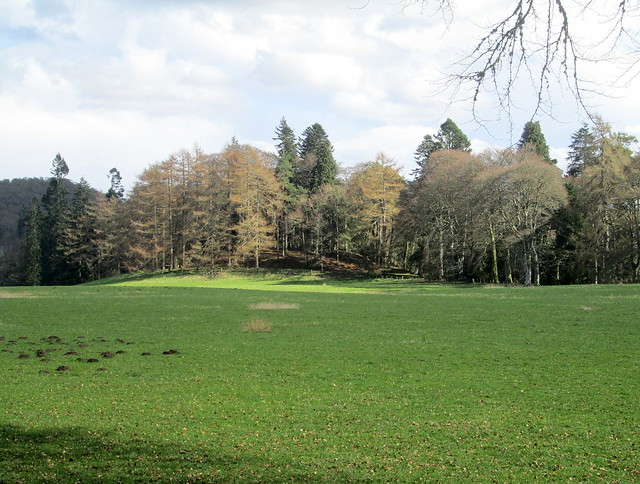 As the walk goes uphill towards the end you end up quite high above the River Tay. 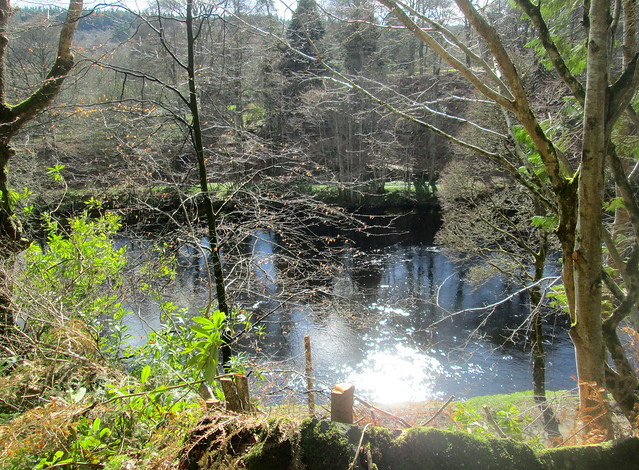 It looked really placid from a distance but when you are close up it’s really fast flowing. 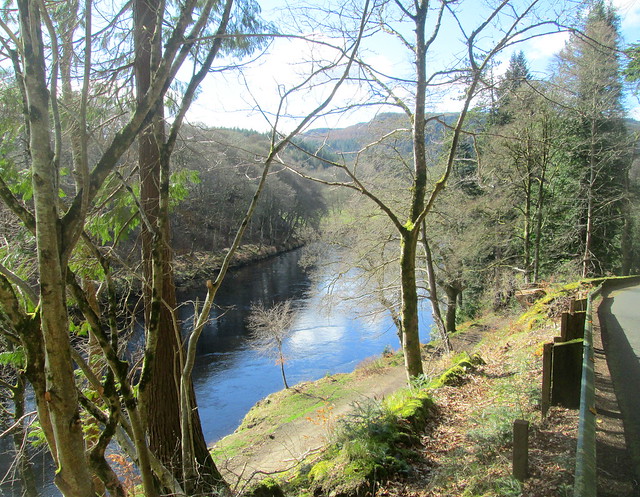 This is a circular walk and it leads you back into the centre of Dunkeld, straight to the cathedral, you can see images of it here.

Beatrix Potter visited Dunkeld and the neighbouring village of Birnam every summer with her parents for years and was inspired to write some of her stories here. She also took up the study of fungi and painted beautiful specimens she had collected, unfortunately as a woman she wasn’t taken seriously by the men in charge of such sciences. There is a Beatrix Potter Exhibition and Garden at the Birnam Arts and Conference Centre which displays some of her botanical drawings. Birnam and Dunkeld more or less run into each other but are separated by the river.

There’s also the nearby Birnam Oak which is all that is left of the Birnam Wood of Shakespeare’s Macbeth fame, but I’ll save that for another post.