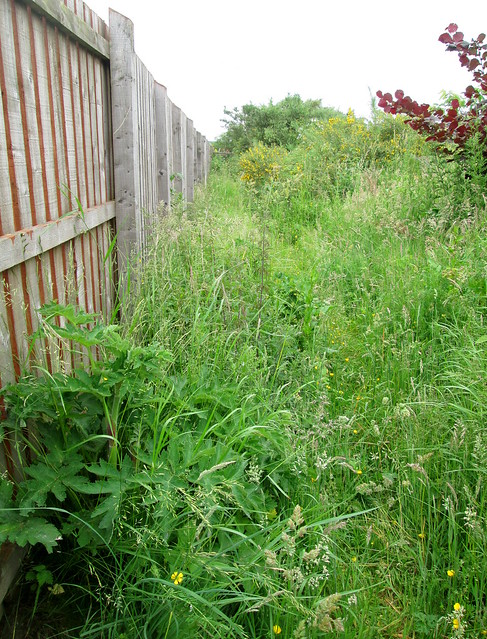 I noticed that a lot of weeds were pushing their way through the bottom of the garden fence from the scrubby land at the back of our garden. Rather than risk breaking and squashing the plants in my border I decided to see if it would be possible to get at the worst of the weeds from the other side of the fence. The grass isn’t quite as high as an elephant’s eye, but not too far off it! 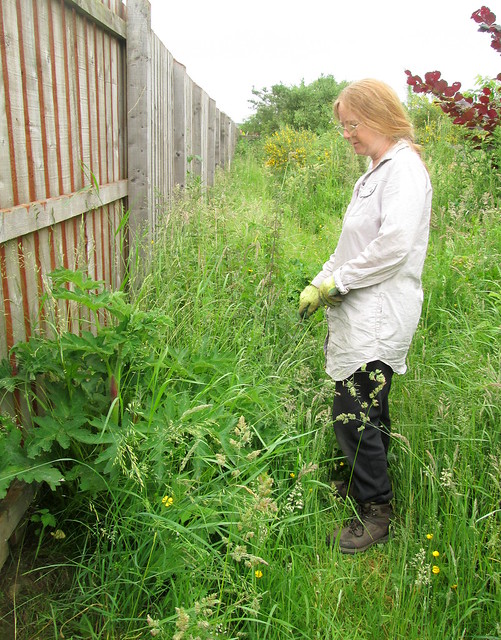 Check out my hideous gardening togs, they keep me well covered up anyway. First I had to force my way out there as the back gate opens out the way and there was a lot of greenery to push it past. Almost as soon as I started clearing away some of the rough grass, just by grabbing handfuls of it and pulling, I realised that I had uncovered a strange wee nest structure. I thought it must have been something constructed by a field mouse at first but a flurry of bee activity made it obvious that the inhabitants were bees. And yes, I do have ground elder creeping into the garden too, what have I done to deserve that? 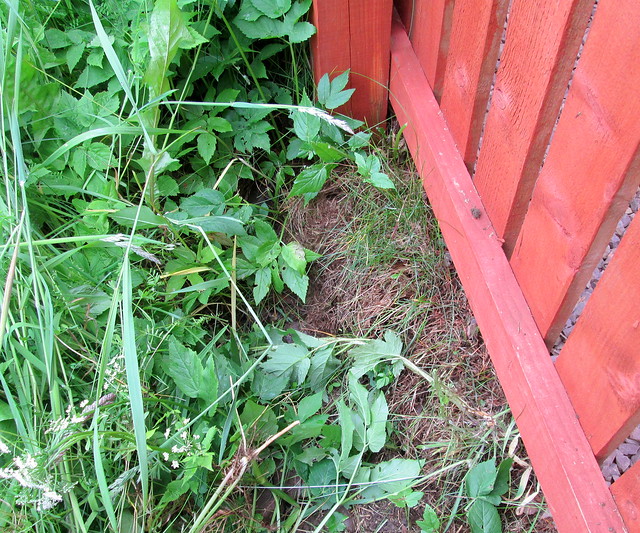 So that was just about the end of my weeding, I pushed my hand under the fence into the garden to reach some goosegrass which was scrambling under it but I didn’t want to disturb any more bees. I could see that they must have at least one more wee hoose further along, going by their activity.

I’m quite chuffed that they have chosen to set up home so close to the garden, but I suppose to them it’s like being on Tesco’s doorstep, or maybe even Waitrose! 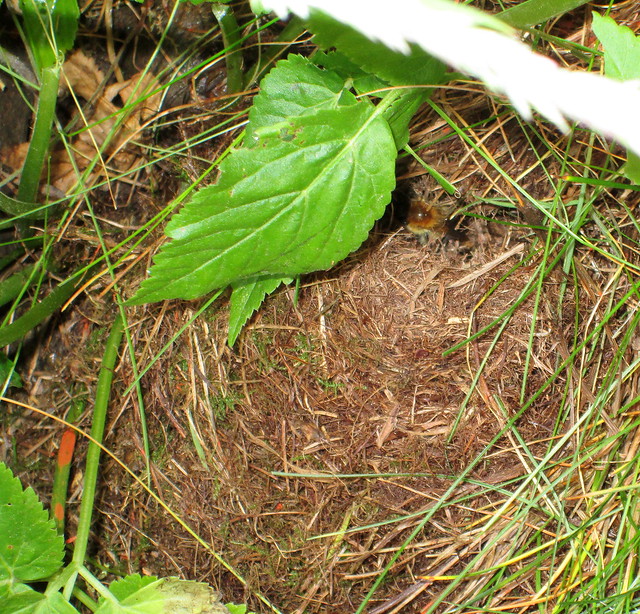 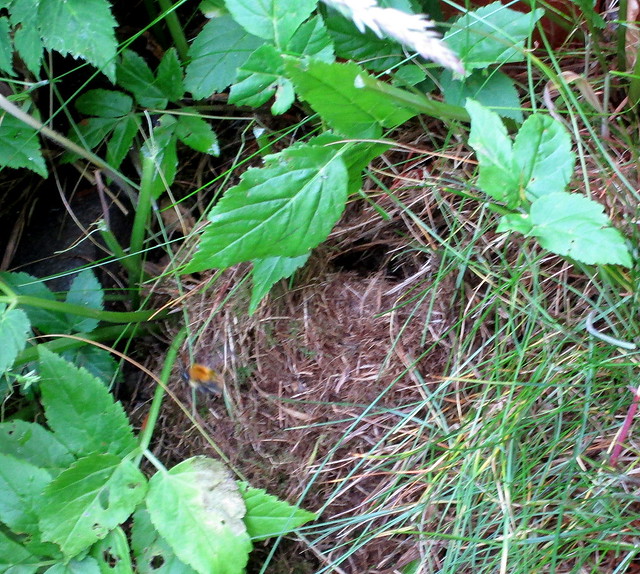 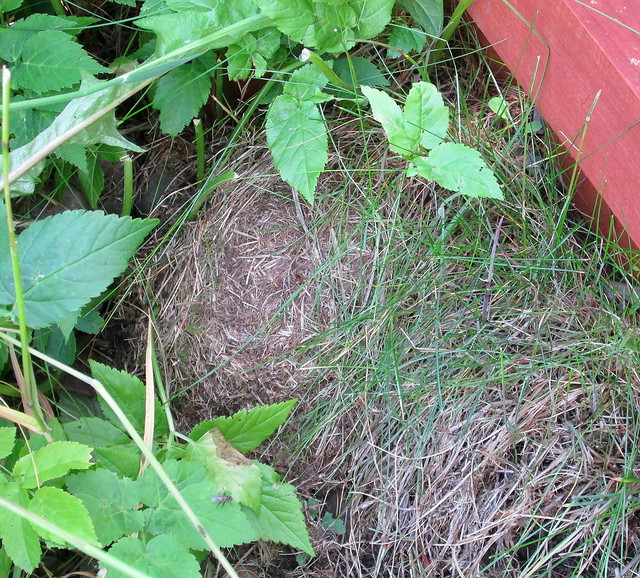 I feel I’m doing my bit to keep the bees happy anyway. I was a bit worried that they would abandon their home because it was definitely more open to the elements than it had been. So I checked it out the next morning and overnight they had covered up the top opening as you can see from the photo above, and were going in and out via a lower opening. I need to get that book about bees which Joan reviewed recently, Dave Goulson’s A Sting in the Tale.

And this foxglove is one of the flowers which is attracting them, although I think that that is a different sort of bee. 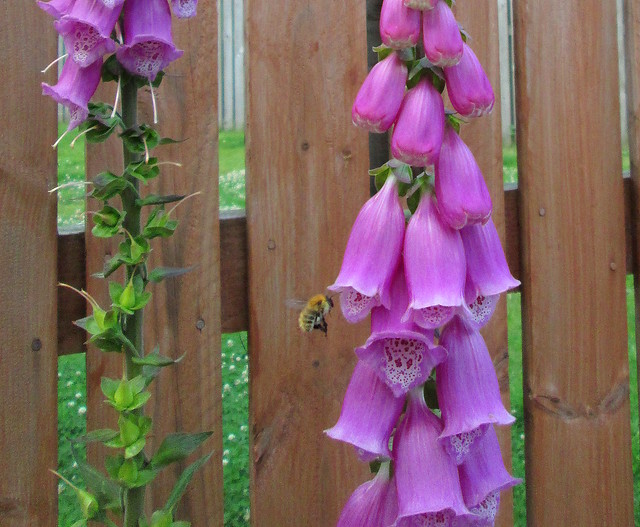