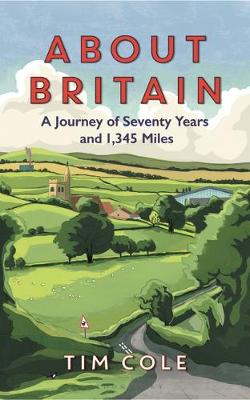 About Britain by Tim Cole is subtitled A Journey of 70 Years and 1,345 miles. This book is based on the About Britain travel guides which were published in 1951 as part of the Festival of Britain Exhibition. There are thirteen books in the travel series and Tim Cole decided to replicate the journeys from each book to see how the modern journeys compared with the original ones.

The Festival of Britain was all about celebrating modern Britain’s initiative, discovery and industry, so the journeys concentrated on roads which passed by factories and workplaces. Almost all of the industries mentioned in the original guides are long gone, so the author was driving through areas which had been dominated by mines, coal-fired power stations, hovercraft factories, a small airport (mentioned in Biggles according to my husband) and such, but had been swept away and often replaced by houses. Really it’s just as well that those heavy industries have disappeared as they were so damaging to the environment, it’s just such a pity that subsequent governments didn’t manage to replace them with anything that was as well paid.

After the end of World War 2 with sugar still being rationed years later, a lot of orchards were abandoned because to make cider you need lots of sugar and it just wasn’t obtainable in the quantites required, that’s not something that I had realised before.

There’s lots of information in this book such as the afforestation of the UK post war with the Forestry Commission and National Parks being set up, these entities were hailed as forces for good, but in my opinion they have both turned out to be too concerned with making profits rather than doing what they were set up to do, the same can be said for the National Trust which also features in this book.

Astonishingly the original Festival of Britain travel guide made little mention of Jane Austen’s home at Chawton, and seemed to think that readers would be more interested to know that Gilbert White lived in Selborne. I suspect many people were perplexed by that, even back in 1951.

As with many things the pandemic scuppered Tim Cole’s plans for this book as he obviously wasn’t able to travel during lockdown. This was particularly annoying for me as the one book that he wasn’t able to revisit happens to feature the area that I live in – Fife. He ended up doing it on his computer via Google Earth/Street. Travelling across the new Queensferry Crossing high above the River Forth that way was just not ever going to come anywhere close to the real thing. 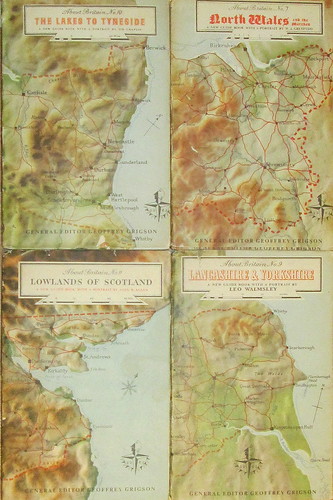 I only have four of the original travel books that the author was following (see above) but at some point in the future I’d like to visit some of the places mentioned in the books. In recent years we’ve gone on quite a few UK roadtrips, but usually we don’t plan them out too much, it might be interesting to follow some of the routes in the books although the idea behind the Festival of Britain was to show how forward looking the country was after the war, so the focus was on industrial areas, rather than the scenic places that we usually frequent.

This was a really interesting read, with some humour. I was lucky to be sent a digital copy of the book by Bloomsbury Publishing via NetGalley for review. About Britain is scheduled to be published on the 10th of June 2021.