This is a really old book which I bought because of its title, it’s subtitled A Cheap Trip to Fairyland and is one of those books which can be read by children of all ages. It was first published in 1896 but it has been reprinted fairly recently although I don’t think the reprint can have any illustrations as it only has 44 pages and the original has 170, so something doesn’t quite add up.

The author Edward Abbott Parry was a county court judge and he wrote books on law as well as the children’s books which he originally wrote to entertain his four children. If Butterscotia was inspired by the Parry family’s life then it must have been a fun family to grow up in, with a punning father who had a great imagination.

It does begin rather brutally if you are tender-hearted, especially towards pigs, Lord Emsworth of Blandings would definitely not approve as the pig in this story was a very discontented one and was always complaining about the food that it was given and so to stop the complaining the pig was given more and more delicious food, but still complained. The pig’s owner didn’t know what to do about it but the butcher solved the problem for him. It’s a harsh way of learning two lessons. The first one being don’t pamper people and the second one don’t moan all the time as things could be worse – you could be sausages!

The rest of the book is more akin to Alice in Wonderland although it doen’t have quite the craziness of that book, but probably Judge Parry wasn’t on the same sort of mind-bending drugs as dear old Lewis Carroll almost certainly was.

Four children want to take a trip to Butter-Scotia:

“You’ve forgotten your geography, that is all. It’s all in the book. Don’t you remember Butter-Scotia, chief town Sugar-borough on the River Treacle. Butter-Scotia is bounded on the north by the Gulf of Funland, on the west by Cocoa Nut Iceland, on the south by the Caramel Mountains, and on the east by the A B Sea or Sea of Troubles. Chief imports – none. Chief exports crackers and goodies.”

Pater thinks that the Slapland tour would do his children the most good but he relents and they go to Butter-Scotia.

I can’t find any mention of this book having been read or reviewed by anybody else and I had to import it onto Goodreads manually. It’s a shame it isn’t better known as it is a fun read and really quite witty and clever. I expected it to be available on Project Gutenberg or some such place but no such luck. 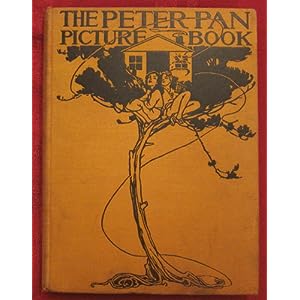