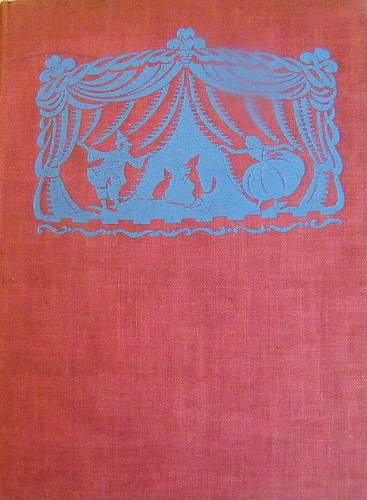 Pinocchio by Charles Collodi is the children’s classic that I chose for my Back to the Classics Challenge 2021 list. I’ve been meaning to read it for years, but I must admit that I had no idea that Pinocchio was written so long ago. It was in 1880 that Collodi started writing The Adventures of Pinocchio, the stories were published weekly in a children’s magazine. The Disney film was made in 1940.

This was an enjoyable read with Pinocchio getting into all sorts of scrapes because he was being naughty, despite promising to be good. He’s always very sorry and sees the error of his ways, but he really just can’t help himself.

Each chapter is a warning to the young readers not to do what Pinocchio does. He runs away from Geppetto his ‘father’. He’s easily duped out of his money by a couple of con-men in the shape of a cat and a fox. He ends up being hung up from a tree, but rescued by a blue-haired fairy via a crow. There is a talking cricket but it doesn’t feature in the way that Jiminy Cricket in the film does.

The author managed to write stories with morals and warnings, about the best way children should behave to avoid trouble and upsetting other people, but without being preachy or prissy and with plenty of fun. It’s illustrated in line and colour by A.H. Watson, although there’s only one colour illustration.

My copy of the book dates from 1945 and has a foreword by Compton Mackenzie. It is DEDICATED TO THE BOYS AND GIRLS OF EVERY COLOUR, AGE, AND COUNTRY. 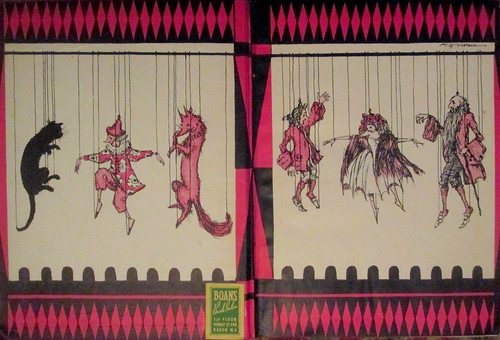 I really like the endpapers, but as you can see a bookshop has added a sticker to the front ones.
Boans Book Salon, 1st FLOOR, MURRAY ST. END PERTH WA

The word PERTH jumped out at me and I thought, it hasn’t travelled far in its 76 years, then I realised it was Perth in Australia.