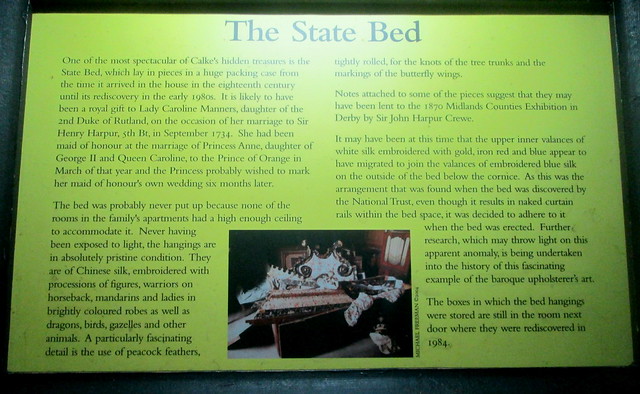 The State Bed at Calke Abbey was only discovered in the early 1980s, it was packed away in wooden chests which is just as well as otherwise the Chinese silk would not have been in the pristine condition that we see today.

It’s really difficult to get a good photo of the bed as it’s shut away behind glass within the bedroom, to keep it as safe as possible from damage. 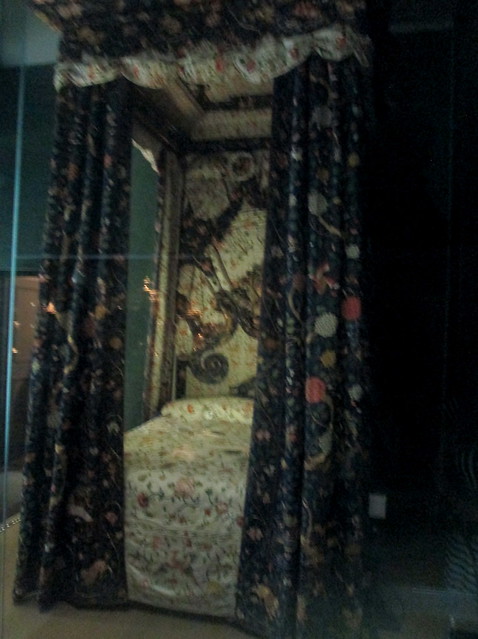 The photos don’t do it justice at all, as it’s absolutely sumptuous in reality. 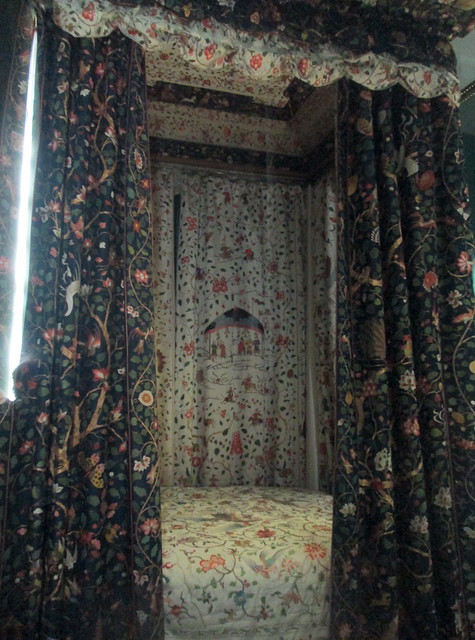 There’s a display case in the same room which has some smaller panels of silk in it so you can get a closer look. 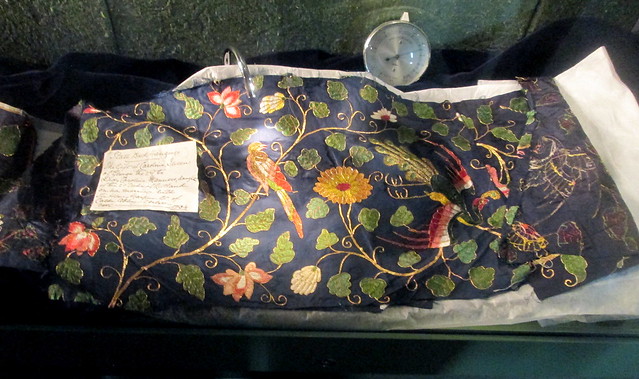 It’s thought that the bed hangings were probably a gift from royalty in 1734 when Lady Caroline Manners married Sir Henry Harpur. But they were never used possibly because the rooms in the family’s apartments didn’t have high enough ceilings. 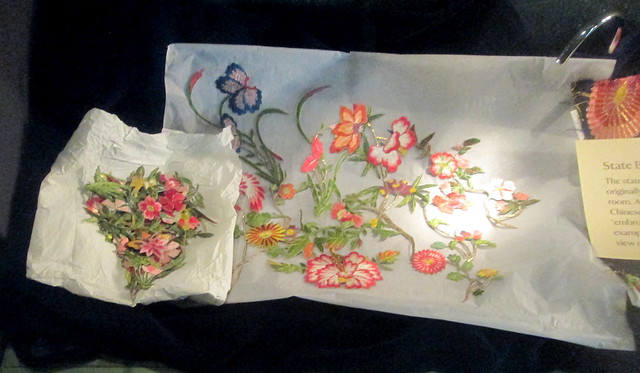 When the National Trust took over Calke Abbey in 1984 they discovered the silk hangings in the chests in the photo below, they are in a room just behind the bedroom. Can you imagine what it must have been like opening up these very ordinary looking chest or kists as we call them in Scotland, and finding all that silk?! 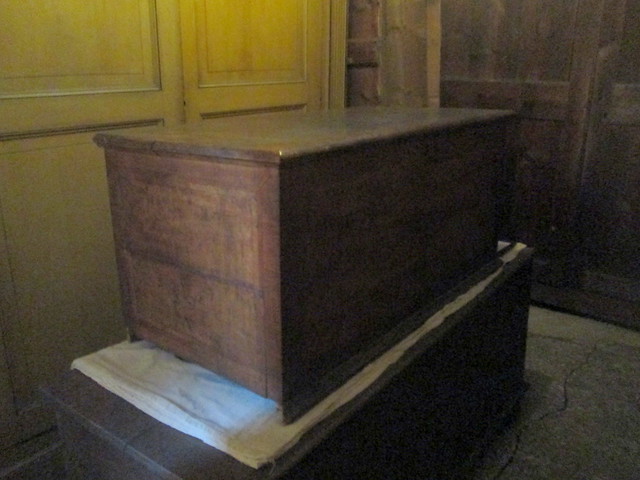