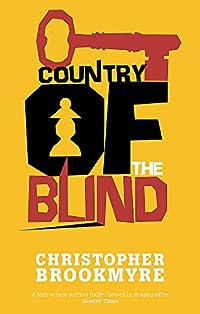 Christopher Brookmyre is a Scottish author who deserves to be as well known amongst readers as Ian Rankin, but for some reason he isn’t. I was thinking that it might be because his books are definitely not ones which you would recommend to a maiden aunt but I think maiden aunts have probably changed a lot over the years. Anyway, there’s quite a lot of swearing in this book but it wouldn’t be realistic without it.

Nicole Carrow is a young English lawyer who has just moved to take up a post in a firm of Glasgow solicitors. It has all been a bit of a culture shock for her but worse is to follow when she is given the job of defending the alleged murderers of Roland Voss, a conservative tabloid media mogul, with fingers in many pies. Voss’s wife and two bodyguards have also been murdered and it looks like an open and shut case but all is not as it seems and it isn’t long before an attempt is made on Nicole’s life.

The journalist, Jack Parlabane becomes involved in the investigation and the book becomes quite a page turner with the action moving around Scotland from Glasgow to Edinburgh and Perthshire with brief forays into the wilds.

It’s Brookmyre’s second novel, first published in 1997, it doesn’t have an awful lot in the way of humour compared with some of his others but I did enjoy it. Just remember that his books are authentically nitty gritty!

This book was published in 2006 and I think it’s the third or fourth book which I’ve read by Christopher Brookmyre. He’s a Scottish author who writes about the nitty gritty side of the west of Scotland. He can be very funny but most of this one is written in very broad ‘Glaswegian’, it does have a glossary but I think it would be quite a difficult read for a lot of people.

This is another investigation for Karen who is now a detective inspector and the murder victim was at school with her, as was the chief suspect. I think that the storyline itself is good but all the grot that goes along with it is a bit too much. Plus this one has a lot about football matches in it and although I don’t skim read usually I must admit that I ended up doing that at the football bits because all the descriptions of matches meant nothing to me.

It’s a trip back to school and the school playground with all the nastiness and cruelty that that entails. The language throughout is very ‘blue’ and it’s set in a Roman Catholic atmosphere, alien to me as I went to a state school or Proddy school, as the RCs wrongly call them.

But apart from the religious bits the biggest difference seems to have been that in those days of getting the belt/tawse as a punishment, there seems to have been a maximum of 4 strokes – 2 on each hand. At my school they could give you 6 maximum and all on the same hand! The belt was a heavy leather strap with ‘tongues’ at the end, usually two, sometimes three.

Within the glossary Brookmyre states that the belt/tawse was outlawed in the 1980s less on humanitarian grounds than upon the belated realisation that the weans were having competitions to see who could get the most lashes.

In fact corporal punishment was banned in Scottish schools by the European Union. One Fife mother (not me) took the education authority to the European Court because she was outraged that her son had got the belt. The children weren’t all that happy about it at the time because most of them preferred to get the punishment over with quickly, rather than having to do detention or write lines or whatever. Ah we’re never happy are we!

I’ve been looking at the Edinburgh Book Festival site and wondering if there is anything worth going to see. There are certainly loads of authors visiting it, unfortunately I haven’t heard of most of them.

This is completely my fault I’m sure because I do tend to concentrate on books written by people who are very dead, so it would be a sensation if any of them did turn up in Edinburgh.

Edinburgh is about 40 minutes from us by car and we did go last year because my husband wanted to go to a S.F. reading, but I just mooched around in the bookshop and ended up using a book voucher which I had been given for my birthday.

Of all the writers attending, I’ve only read:

Am I being madly blasé about this whole thing just because it is on my doorstep? I know that some people will be travelling from very far afield to visit it. I just don’t seem to be able to get excited about it. 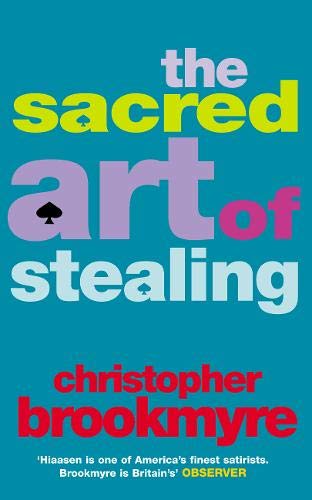