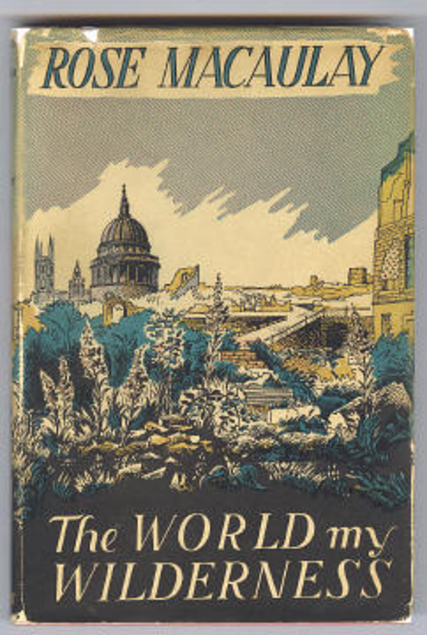 In Swan Song which seems to be the last book in the Forsyte Saga (although a few more books were written which feature some Forsytes I think) it’s 1926, a time of political upheaval, the miners are on strike and there is of course THE General Strike.

I suppose The General Strike was a battle between the upper classes and the working classes. Jon Forsyte, the man who broke Fleur’s heart is now married and has returned from America, he’s helping to keep the trains running. Fleur isn’t at all bothered that they are both now married and of course as she says herself, she must get what she wants. Soames is worried about her as he knows that she is just like him.

So the country is in a mess and those men who survived the trenches are now being treated like scum by the bosses. Michael Mont, Fleur’s husband, is still a Member of Parliament, and he is now trying to gather a group of influential men together to help to improve living conditions in the slums of London, where if you bang a nail into the wall, things crawl out.

Meanwhile Soames is thinking about the future, and how long he might have to live. The Forsytes are a long-lived lot but he feels the need to track down his ancestors, just as many people do nowadays. He has always been intrigued by the fact that his family had come from poor yeoman stock who within a few generations had amassed fortunes in business after moving to London.

These books were so popular in their day because they feature everything that we’re familiar with – families and the odd dodgy relative that most of us have if we dig deep enough, a political background which doesn’t really ever change – we’re always in a mess, a glimpse into the lives of the wealthy – and they often aren’t any happier than the rest of us, and other people’s immorality! I was sad to get to the end of it.

If you want to read the books you can do so online here.

The Pastor’s Wife by Elizabeth von Arnim is another great book by the author of Elizabeth and Her German Garden. Do you know it took me ages to find out the author’s name because I read that first book of hers long before the internet and my beautiful calf bound and gold edged ancient copy of the book had no clues to the author, anyway – how times change, everything is now just a google away.

Ingeborg Bullivant is the eldest daughter of a Church of England bishop, she has a younger sister who is a beauty and very much her parents’ favourite. Ingeborg is not a beauty and is cast in the role of useful daughter and as such she is completely put upon and taken for granted. She acts as a secretary for her father and he is happy for her to do so as he thinks the work would be too mindless for his assistants. Her mother has, like many a Victorian woman, taken to her sofa, where she spends every day avoiding the real world and feigning illness if anything unpleasant rears its ugly head.

After suffering terrible toothache for a whole week Ingeborg’s family decide that they will have to do without her while she goes to London to have her tooth sorted out. The London dentist sees immediately what is causing the problem and gets rid of it. However, Ingeborg has been givem £10 by her father and he has told her to stay in London as long as it takes to be cured, even if it’s as long as ten days.

Until then she had spent her whole life in Redchester and had really never been on her own before, she was ready for adventure. The thought of returning immediately to a family which treats her as their dogsbody is less than enchanting and when she sees a travel poster for a trip to Lucerne she decides to spend £7 of her money joining the excursion.

The other travellers are obviously well used to such trips and know how to behave, in other words, keep themselves to themselves until they know each other better, so when Ingeborg starts to chat with a German man, she’s seen as beyond the pale and shunned by the others so inevitably a friendship ensues. Of course he turns out to be a German pastor.

Things repeat themselves in this book as they often do in real life. Ingeborg gets her name from a Swedish grandmother who had run off to England to marry a vicar. After several children Ingeborg deals with her husband in a more honest way than her mother does the bishop, her husband. It isn’t in her to be manipulative like that, but Ingeborg’s honesty leads to fury and then complete disinterest from her husband. The poor girl hadn’t realised that she was just a woman who had met a man at the exact time when he was thinking it was time he had a wife, so he decided she was IT.

The pastor, Robert Dremmel is really only interested in his agricultural research, he’s trying to find the best combination of chemicals for the very sandy soil which his parish is set in. I kept wanting to grab him by the lapels and tell him that it doesn’t matter what you add into sandy soil, it gets washed out almost as fast as you put it in!

I read this book on my Kindle, I had thought that I owned a copy but it isn’t with my other von Arnims so I might have been wrong about that – which is so annoying because when we were in Buckingham in September I bought half a shelf full of lovely old von Arnims from a charity shop, thinking that I already had the others but I now know that there were at least two I didn’t have!

There’s a lot more to this book than I have written, it’s not quite as good as The Enchanted April but is still very good. You can download it here.

This is the book which I should have taken with me on our recent jaunt in the north-east of England.

It’s a book of 49 short stories by Saki and I know that a lot of people just don’t like reading short stories but after the disappointment of The Man Who Was Thursday by G K Chesterton, this was just what I needed.

The cover has this comment by Graham Greene: “They dazzle and delight” – and I agree with him. Saki had a great talent for writing entertaining and funny stories which are sometimes only two and a half pages long but it’s amazing what he was able to do with so few words.

It’s a shame that even although he had suffered from ill health his whole life and he was 44 years old, he still felt the need to join up during World War 1 to “do his bit” and of course, he didn’t survive.

He was born in Burma as his father was in the Burma Police, but as you can imagine, with his real name being Hector Hugh Munro there is obviously a lot of Scottish blood there – another Celtic storyteller!

Greenmantle is the sequel to The 39 Steps but there is much more to this book than the previous one. Set in 1915, Richard Hannay is recuperating at Furling country house in Hampshire after having been wounded at the Battle of Loos. He is expecting to be given command of his own battalion but when he gets a telegram from the Foreign Office, he ends up working undercover with others.

Sir Walter Bullivant has already lost his son on the same mission. When Harry Bullivant died he had 10 bullets in him but managed to say one word ‘Kasredin’ before he died. With just a few more clues Richard Hannay takes up the trail.

Going undercover as a South African Boer who hates the English, Hannay pretends to be on the side of the Germans, who are planning to stir up revolt amongst the Muslims. He is aided by three others, Peter Pienaar a South African, John S. Blenkiron an American and Sandy Arbuthnot a Scot.

First published in 1916, this book has a much more convoluted storyline than The 39 Steps. As you would expect from an adventure/spy novel which is almost 100 years old, it contains rampant racism, homophobia and sexism but this doesn’t detract from the enjoyment of the story.

As you can imagine, Greenmantle was a huge bestseller during the First World War.

Given the state of the world today, nothing much seems to have changed in all that time, except we aren’t fighting Germans now.

The writer Allan Massie said ‘Maybe Greenmantle should be a set-book for our security services.’

It could only help – they need something.