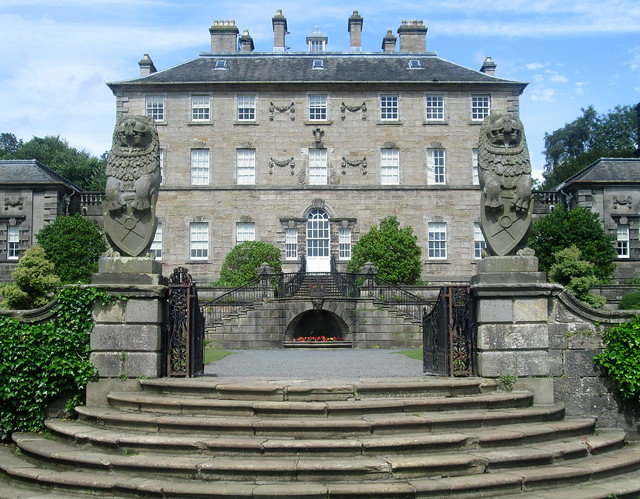 We found ourselves in Glasgow not long ago, unexpectedly really as we had been asked to drive someone to the airport. The last thing that we fancied doing was trailing round shops so as it turned out to be a lovely day we decided to visit Pollok House, a very grand Georgian House, the grounds of which are now a Country Park, very popular with the locals. If you click the link you’ll see lots of photos. The house is now owned by the National Trust and when we were there we were just about the only people looking around it. A wedding was due to start shortly and the library was the venue so we were given a look around there first, so that we would be out of the way when the ‘kilties’ turned up, as the guides said of the bridegroom and his supporters. The chap showing us around couldn’t have been nicer, it was all very interesting, even for someone like myself who isn’t terribly keen on old Spanish art, of which there is a lot there. I must admit that the El Greco is very good – Lady in a Fur Wrap.

It’s hard to believe that this painting was done around the 1570s.

It’s amazing to think that you’re in a very busy big city, it’s all very rural and this big chap caused quite a stir when he came across a bridge, heading for his stable, I think everyone loves these Clydesdales, if that’s what he is, some sort of heavy horse anyway. 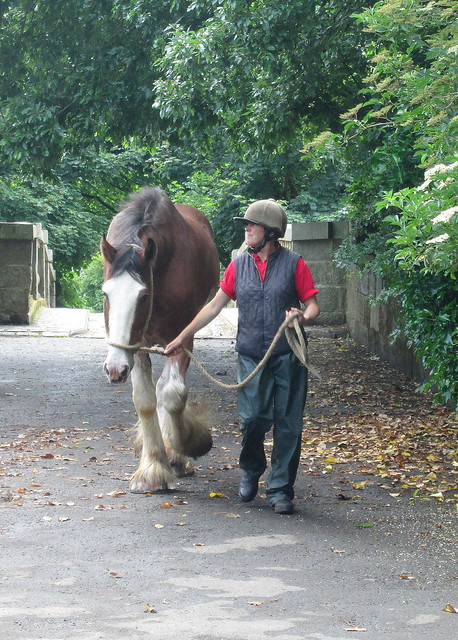 I think he was happy to reach his stable, where he had a pal already there, but unfortunately it was too dark inside to get a photo of his companion. 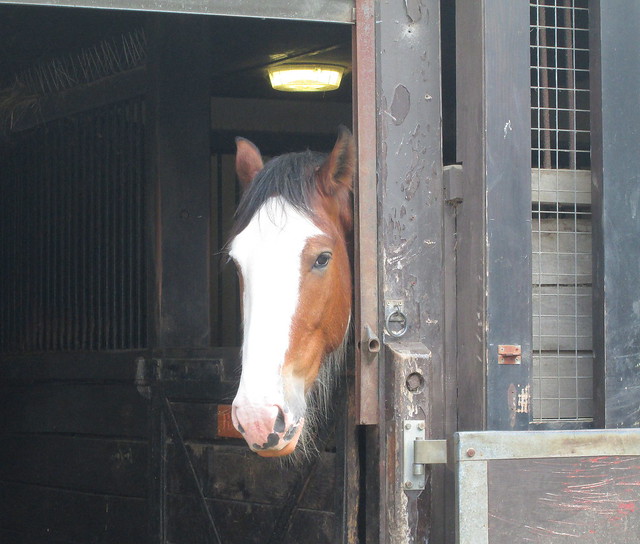 As ever, we weren’t allowed to take any photos of the inside of the house, which is beautifully furnished. But I do have some of the gardens, which I’ll share with you at a later date.