Here we are back at Bletchley Park, inside the mansion this time, as you can see from the hallway it’s very Victorian. 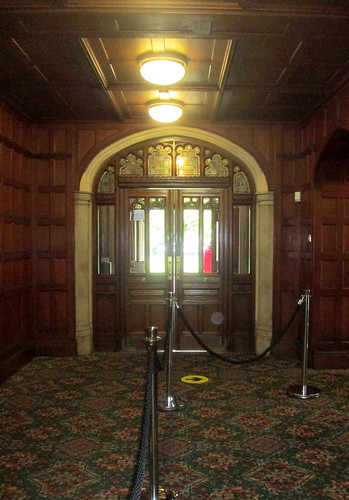 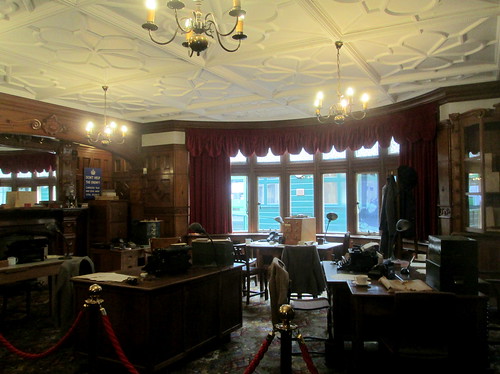 I have no idea what happened to the original books, possibly they were sold off in the 1930s when the house became government property. The shelves have been filled with book club books and a lot of what I suppose can be called domestic fiction. No doubt it’s very down market compared with what was originally on the shelves but if these books had been for sale, I would have been very happy to give some of them a new home! 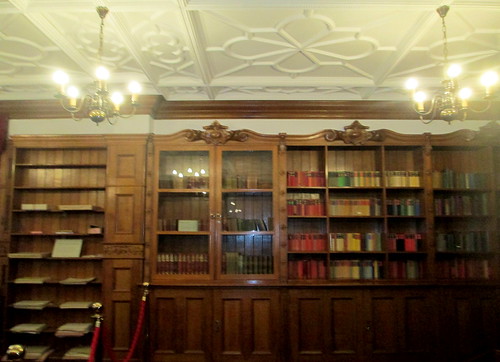 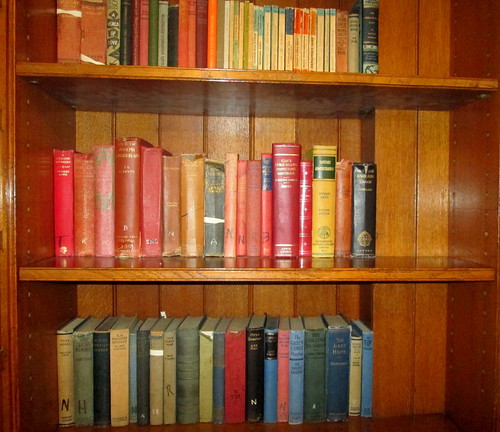 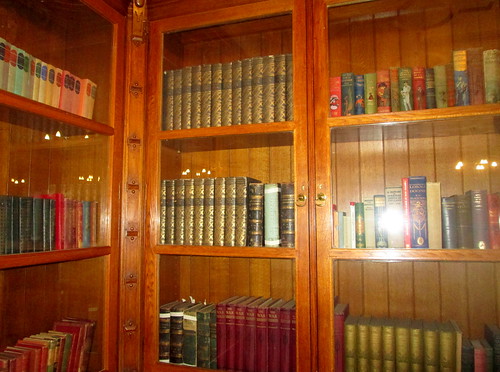 I think the room below is the brightest and prettiest room in the house, from what we were able to see anyway. It’s done out as an office but must have been a sitting room or drawing room when the house was a home. 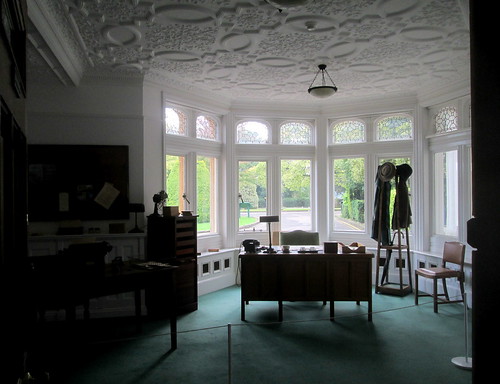 There are quite a few very ornate ceilings in the Victorian style. 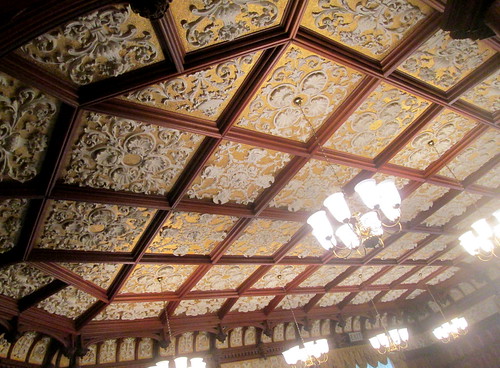 Including the lovely glass ceiling below in what must have been a garden room or consevatory. 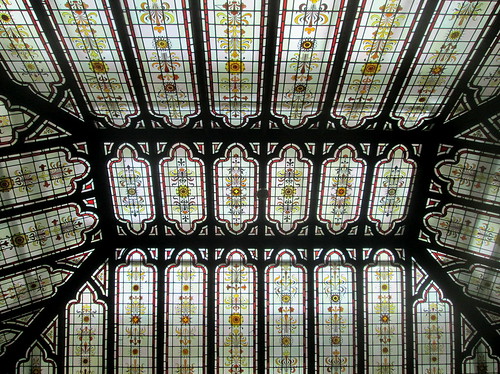 If I’m remembering correctly the room below was the ballroom with its linenfold panelling, not as large as I expected it to be, I calculated that you might be able to fit in four sets of Scottish country dancers for reels, with six people in each set, but it would be plenty big enough if dancers were just waltzing. Rather worryingly this room smelled of damp, I didn’t notice that anywhere else. I noticed in the news last night that Bletchley Park had been awarded over a million pounds, I know where some of it should be spent! Bletchley Park was a great day out.

When we drove down south last week for our first time away from home since Covid appeared our first day was entirely taken up by a visit to Bletchley Park, the World War 2 codebreaking centre, it’s close to the new town of Milton Keynes. There was a lot to see. Below is a stitched photo of the country house the building of which began in 1883, originally owned by a financier and politician, by the time he died in the 1930s nobody in his family wanted the house and it was eventually acquired by the government and so became a centre for secret war work. The location was ideal as it has great transport links for London and there was plenty of space in the sprawling estate to accommodate the 8 or 9,000 people who ended up working there. The workers were mainly farmed out to any local people who had a spare bedroom – whether they wanted a lodger or not. The stars of the show though were given estate cottages to live in. At one point there was a queue of people at the right hand door, waiting to go in for their afternoon tea, sadly that had to be booked so we couldn’t partake. We made do with soup and bread from the cafe. 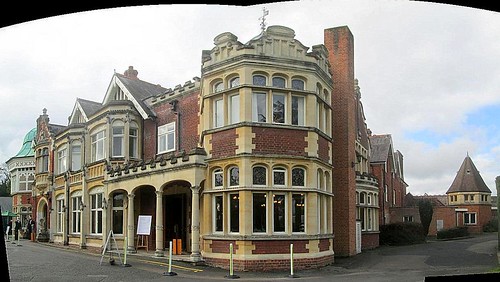 There are still lovely trees and a lake on the estate although obviously lots of the land was built on. 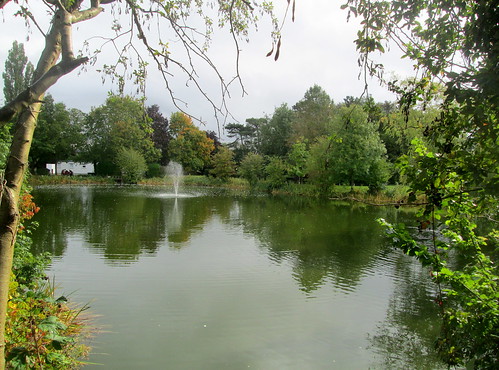 There are ‘huts’ and buildings all over the place, but there are loads more waiting to be refurbished. That’s not going to be cheap going by the amount of ‘danger asbestos’ signs we saw! 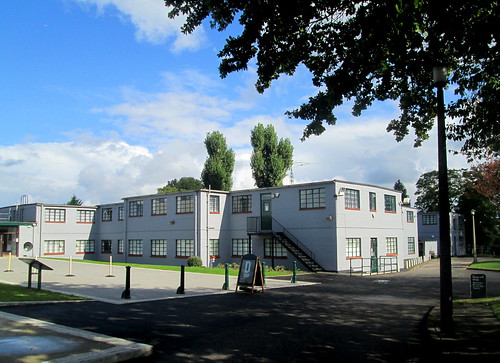 Inside the huts are spartan, I don’t think they would have been very comfortable to work in, I felt quite claustrophobic just walking through them for a short time. 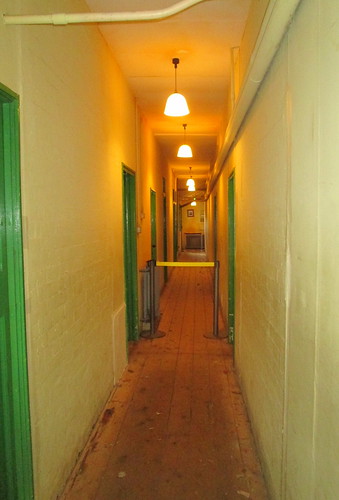 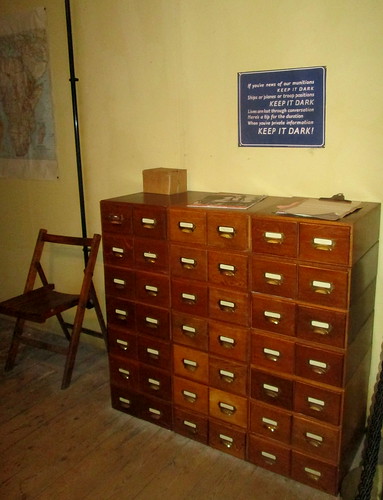 Of course they not only had to break codes but also had to translate them from numerous languages such as Japanese as well as German. 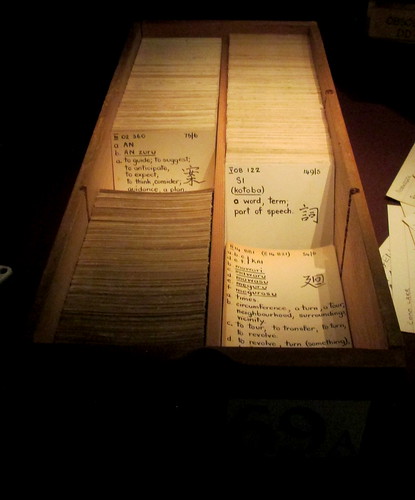 They managed to do that using the enigma machines such as the one below, it’s smaller than an old typewriter, there are lots of machines on display. 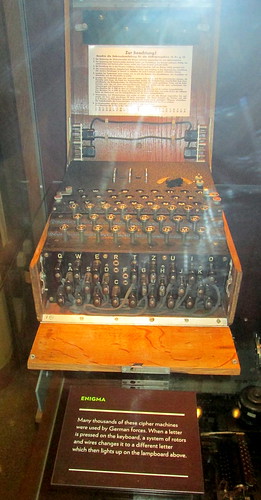 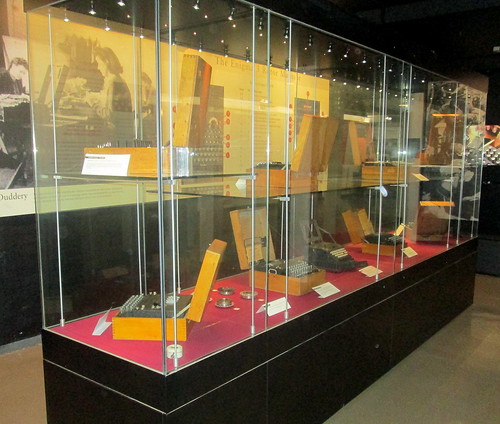 We took lots of photos but I’ll keep those for future posts. Almost more amazing than the work that went on in this area is the fact that the Germans never had an inkling of its existence which is incredible when you think of the thousands of people who worked here and all the people who lived nearby. It was all ‘hush hush’ and it stayed that way until someone wrote a book about it in 1974. There must have been no spies at the local electricity plant as the amount of power used here to work all the machinery must have been enormous. I can’t imagine people keeping ‘mum’ in that way nowadays.