On December the 8th we went to the Bowhouse Market which is held in barns on a farm between Crail and St Monans. I think Bowhouse (Bauhaus) is a pun on the owner’s name which is I think Bowie. For some reason there were alpacas there, I don’t think they’re particularly festive but they were very cute. 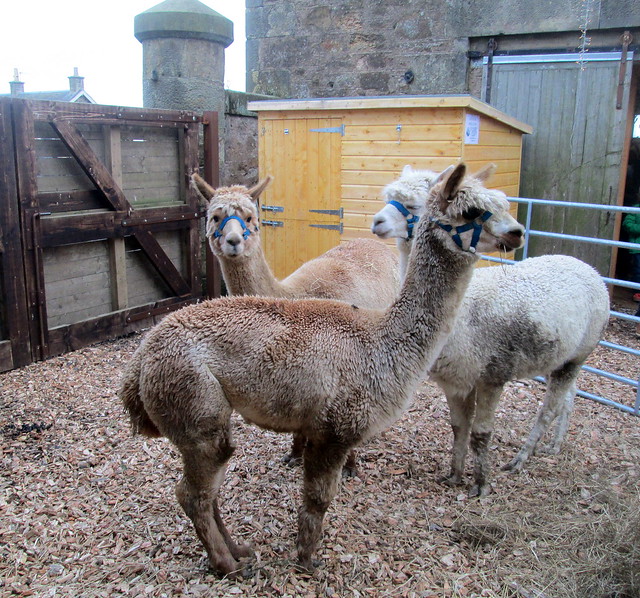 I got the distinct impression that the alpacas thought we were very strange beings – don’t look at them those two said as they turned their backs on us. 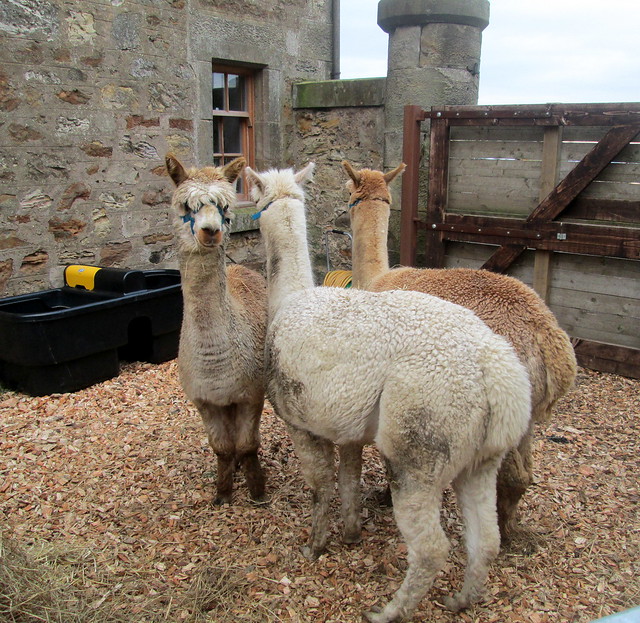 After buying some lovely food and drink at the market we drove home admiring a gorgeous sunset which of course the camera didn’t do justice. 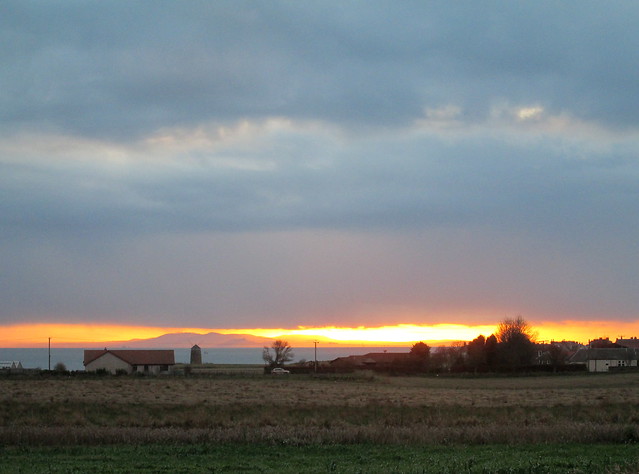 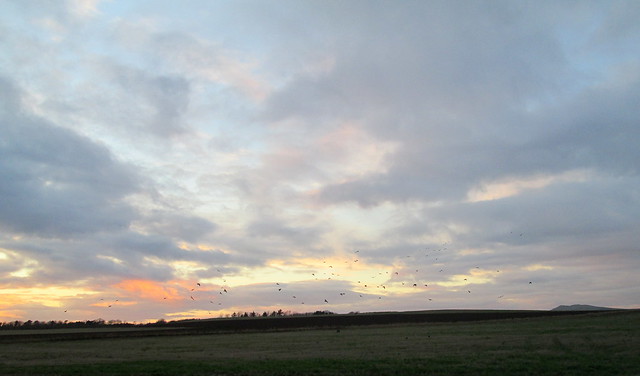 It’s obviously a rural part of the county and the road back home is quite a narrow one. 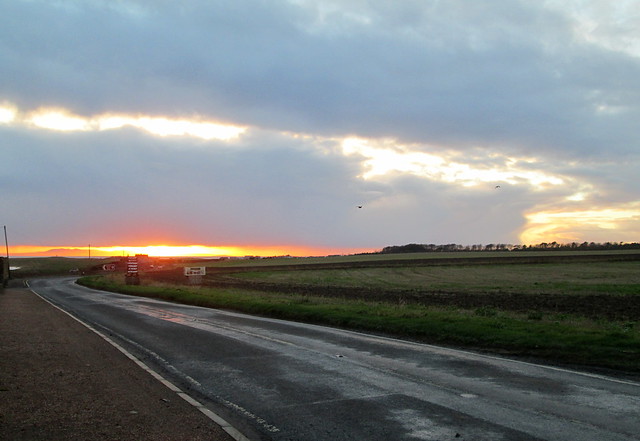 These houses will have a great view over the Firth of Forth, a sea view seems to be very popular with so many people, and I’m sure it adds lots of value to a house, but I must say I prefer the soft green of hills and field. It probably depends on what you grew up looking at as a youngster. What about you – are you a sea view sort of a person, a hills and meadows fan or do you prefer the bustle of a city and all the culture and conveniences that that brings with it? 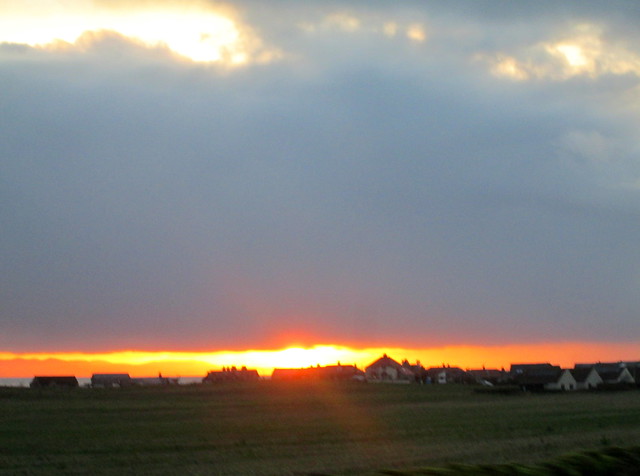 Yesterday we picked Peggy of Peggy Ann’s Post up from Edinburgh airport, she was here visiting us last year but we didn’t quite manage to visit all of Scotland that time, despite running around like crazy – so she’s back for part two! Luckily she brought the good weather with her, for a few days at least. 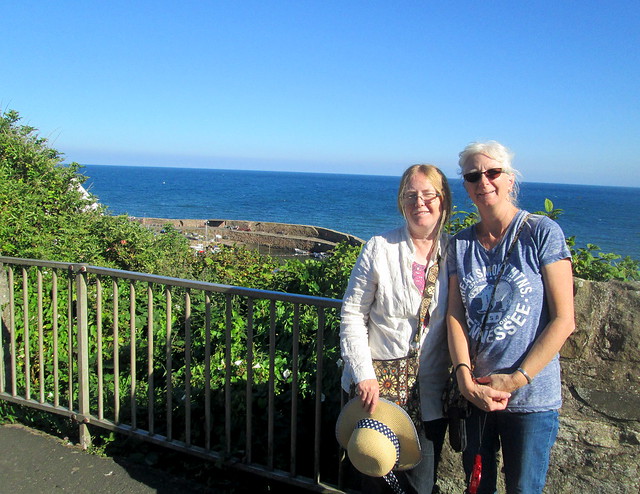 Can you believe that we didn’t have time to take her to the East Neuk fishing villages last year? It’s true that you tend to overlook the attractions right on your own doorstep. Anyway we rectified that today.

You can see images of the Fife fishing villages here.

You can see Peggy’s recent blogpost and just some of the many photos she took here.
I didn’t take many photos of the villages as I’ve taken so many before. But look what I spotted parked outside a shop in Pittenweem. 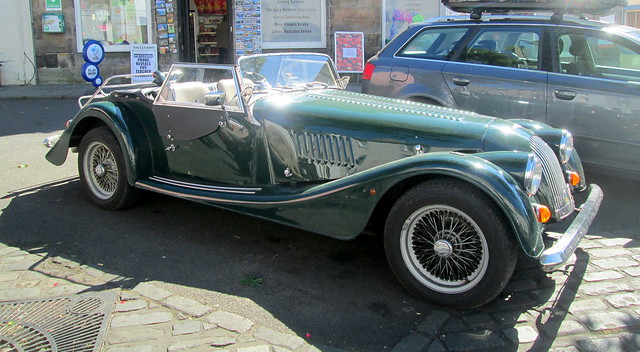 Yes, a British Racing Green Morgan. I knew that that is Joan of Planet Joan‘s dream car so I had to take some photos for her. It’s possibly just as well that Joan wasn’t with us, she might have been tempted to at least sit in the car and vroom vroom! 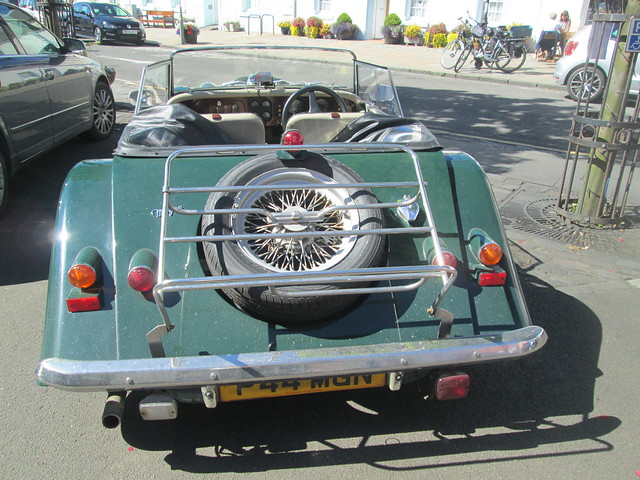 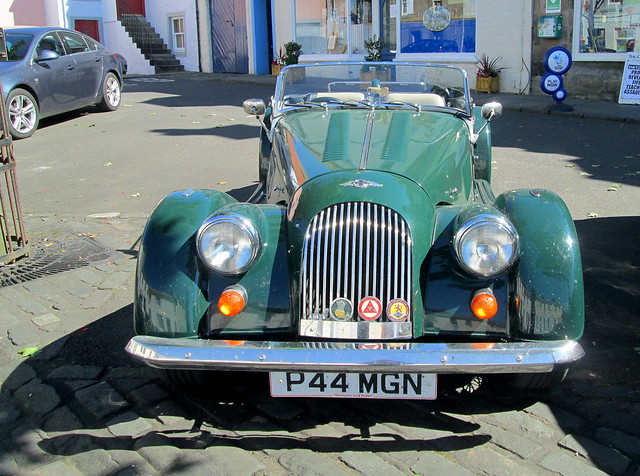 Then Peggy spotted an Irish Wolfhound in the shade of a ‘close’ across the road, trying to stay cool in the unusual heat. So Jack took a couple of photos just for Joan. 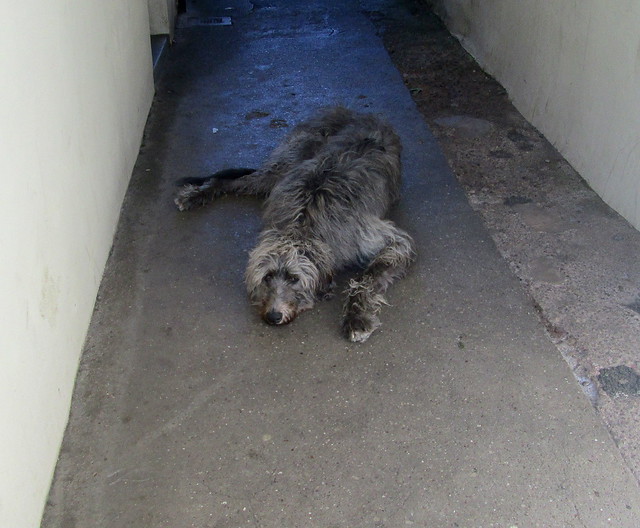 I don’t know if this hound looks anything like her beloved Murphy did but I suspect that if she had been here she might have been very tempted to abduct the dog and the car. Too tempting! 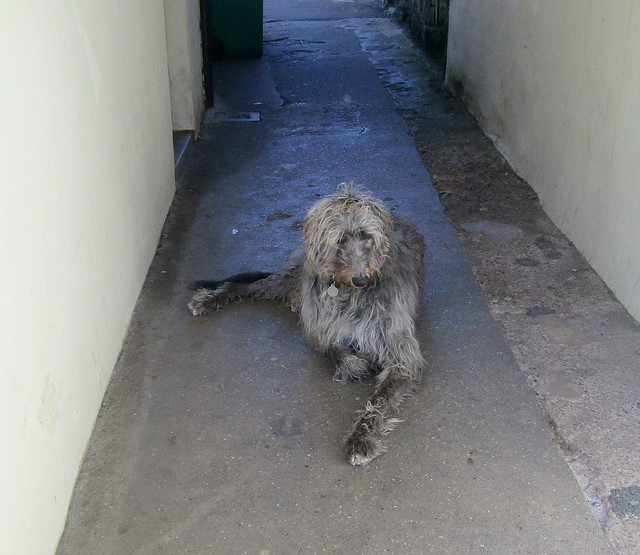 And this is what Crail harbour looked like when we got there. 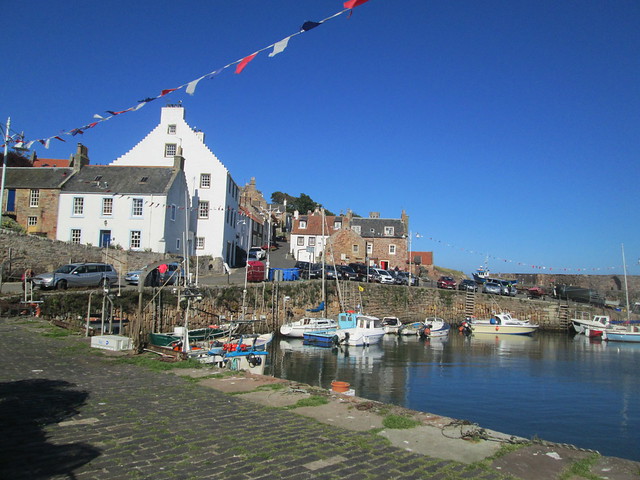 That was a great day out for the first day of Peggy’s holiday with us, I hope the rest of her time is as good but I suspect the weather isn’t going to hold out that long. 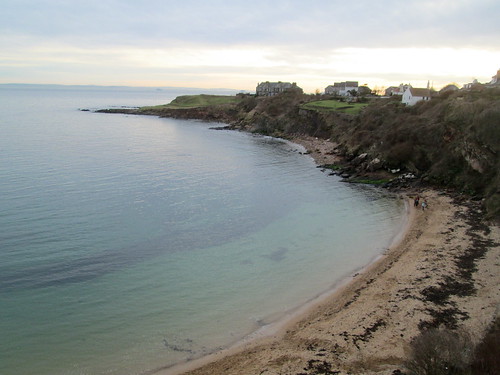 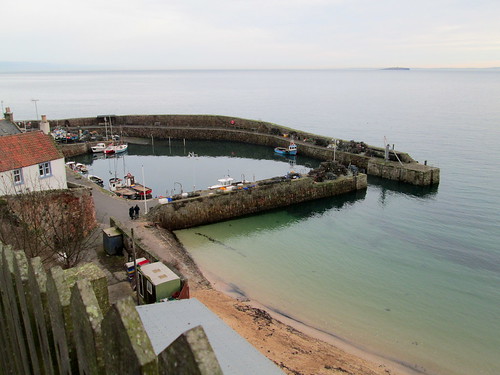 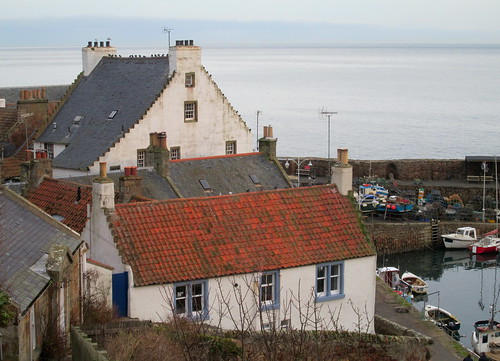 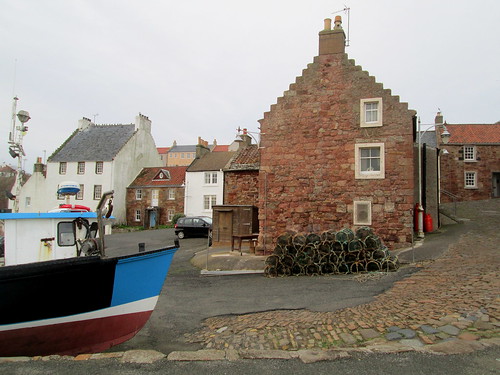 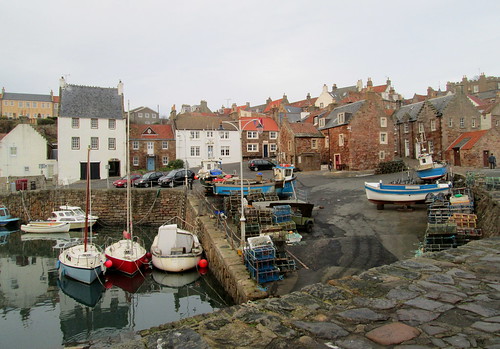