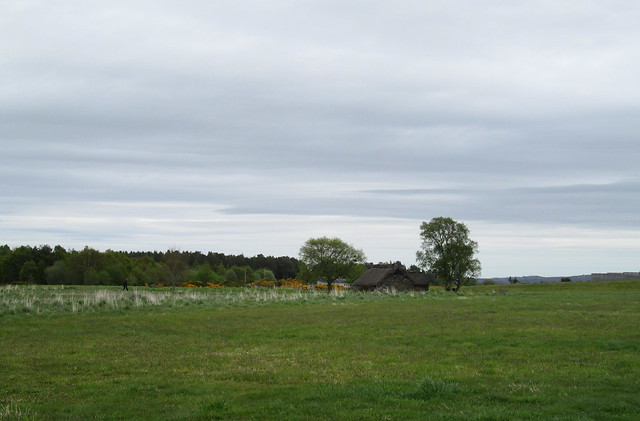 After spending a night in Inverness we (Peggy, Evee, Jack and myself) went to visit Culloden battlefield which is nearby. It was the first visit for Peggy obviously but the rest of us had been there a few times before. Jack and I visited Culloden when we were on our honeymoon which it seems amazing to think was almost 39 years ago! Back then there was no visitor centre and I think the place was more atmospheric, probably for that reason. It was just a vast battlefield with grave markers dotted all around it.

Although they’ve tried to make the visitor centre’s architecure sympathetic with the surroundings, just the fact that there’s a modern building there detracts from the experience.

This is where the Jacobite Rebellion featuring ‘Bonnie Prince Charlie’ came to a disastrous end. The battle was fought in 1746 and was the last battle to be fought on British soil. You can read about it here. 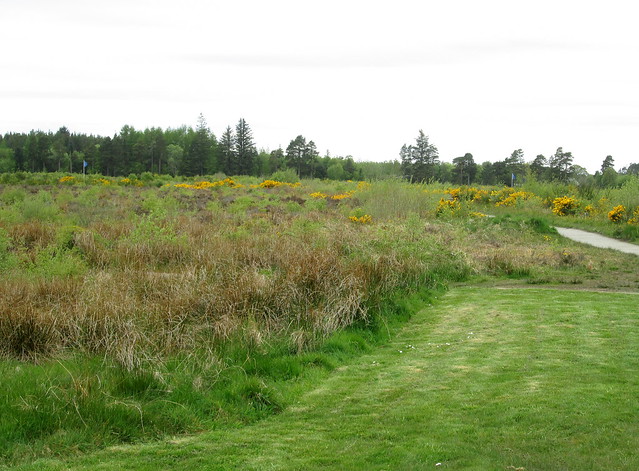 There are red flags and blue flags around the site, marking the various positions of the opposing soldiers. 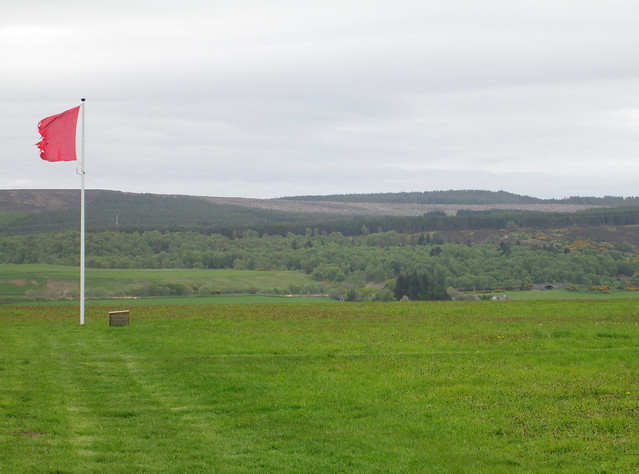 The whole area has lots of grave markers around it, where the various members of different clans were buried, as you can see from the photo below there are still people laying flowers at the stones, in remeberance. 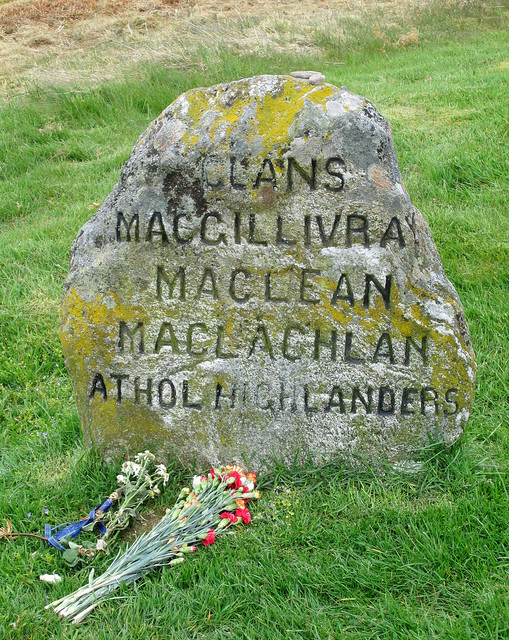 The photo below is a close up of the cottage which you can see in the distance in the first photo. It has heather thatch, something you don’t see all that often nowadays and similar houses were there when the battle was being fought, which would have seen it all. 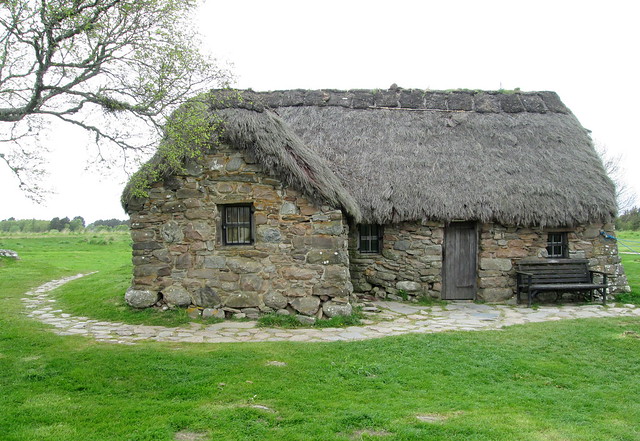 I love it. I could quite happily move in there, okay it needed a good sweep out with a besom broom but I could make a home out of it. A kind chap took photos of us all perched on the seat outside the cottage and I thought that he used our camera but I don’t have the photo so it must have been on Peggy and Evee’s cameras, I’m sure he took two. No doubt I’ll see a copy of it sometime.

If you want to see more photos of Culloden have a look here.