I did a blogpost about the glasshouses at Dundee Botanic Garden a few weeks ago and I was absolutely sure that I had previously posted ones about the actual gardens, so I was amazed when I couldn’t find that post on ‘Pining’. Has it somehow disappeared or did I only write it in my mind while I was doing the ironing or something? Anyway – here goes again – or maybe not!
It was a gorgeous Indian summer day but it was midweek and we almost had the whole of the botanic gardens to ourselves. 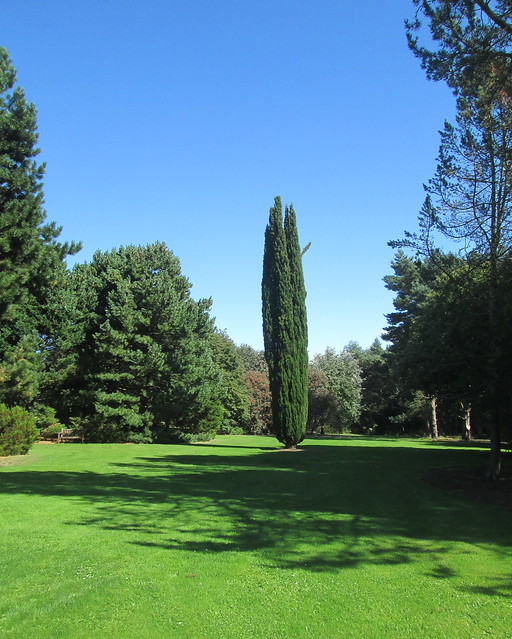 Dundee University uses parts of the gardens for research. This area is the genetics garden. The three trees below are Ginkgo bilobas, sometimes known as the Maidenhair tree. I’m sure that I recently read that the most northerly Ginkgos are growing in the north of England – obviously that was wrong as these ones are thriving. I love these trees, they look so delicate, but there are fossils of ginkgos which are 270 million years old. They originate from China. 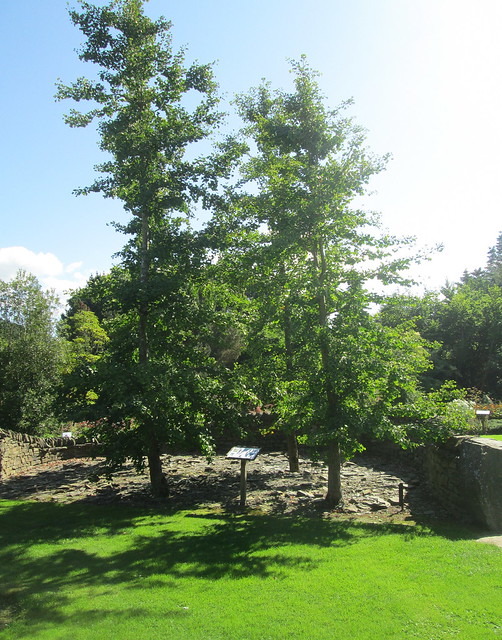 The stylish stone walls are a fairly recent addition I believe. 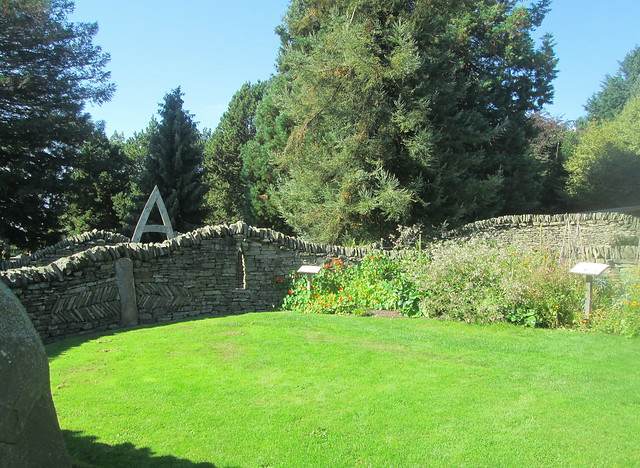 Dundee University and nearby Ninewells Hospital do a lot of very good medical research. 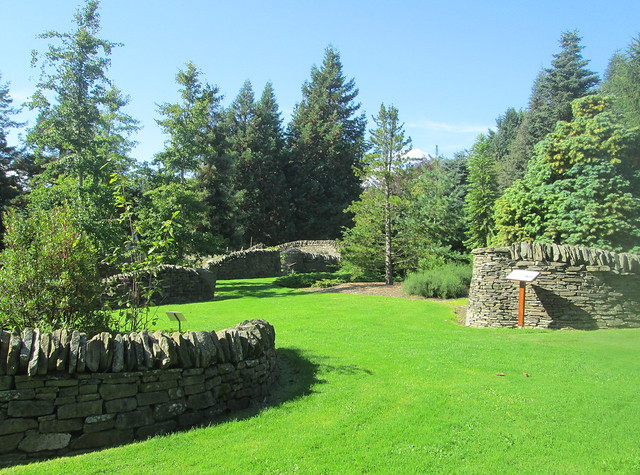 There’s a large old house within the gardens, in the photo you can just see the steps which lead up to it. It looks to me like it has been split up into flats, but presumably the Botanic Gardens were originally the gardens of the grand house. 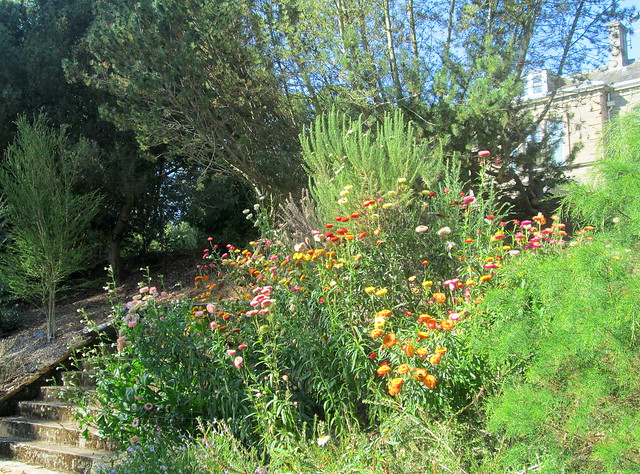 And below is the house. 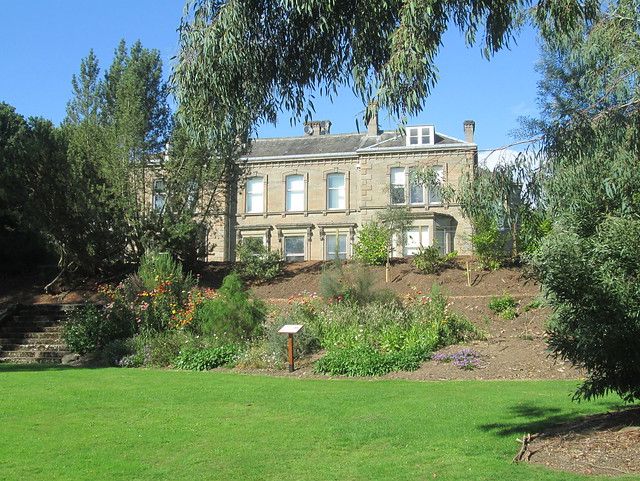 Walk through the arched yew hedge and you enter a darkened yew room, lovely shade on a very bright day. 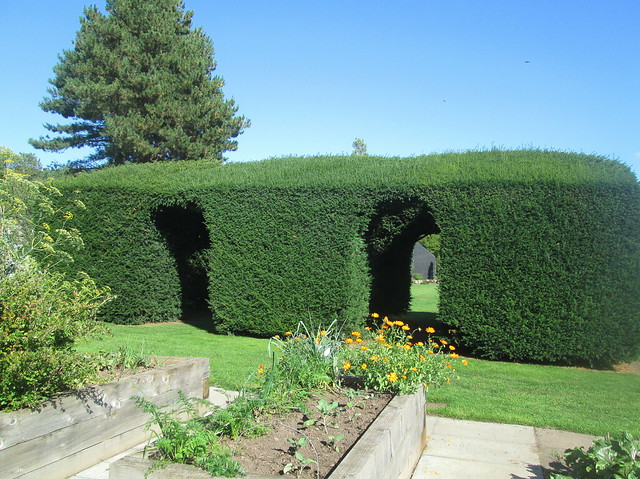 The botanic garden is built quite high up from the main road and from the edge of them you can look down on Dundee airport which is very small but fairly busy. I suspect that the biggest planes it can cope with seat about 50 people. The river is of course the Tay and the bridge that you can see is the one which replaced the old bridge which collapsed in a wild storm in 1879. You can read about it here. You can still see the stumps of the original bridge. 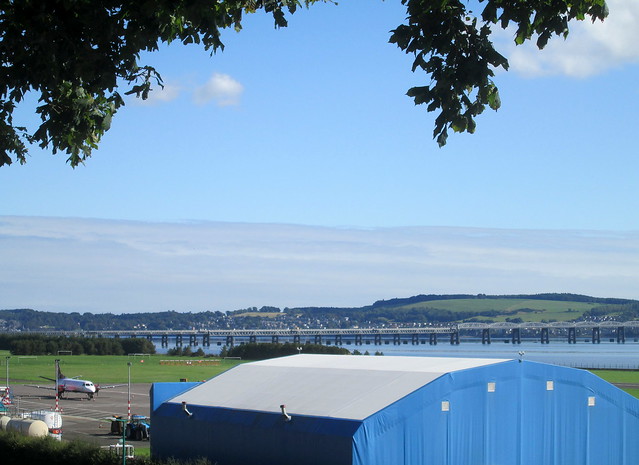 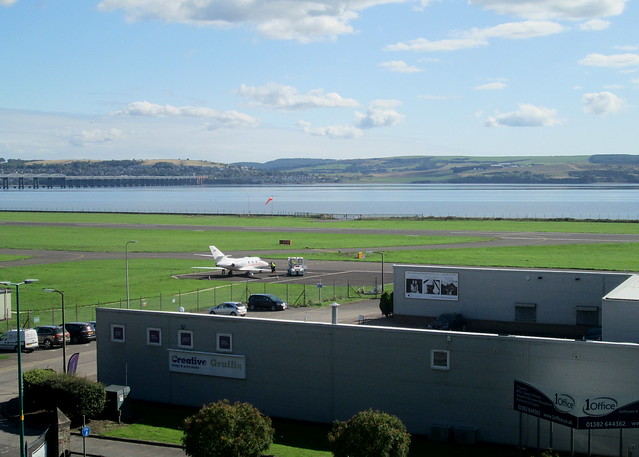 We visited the Dundee Botanic Gardens on the third of September and below is a photo of an acer which was already changing into its autumn clothing, but it certainly didn’t feel like autumn was on the way. I took some more photos but I’ll keep them for another day. Hope you enjoyed the walk! 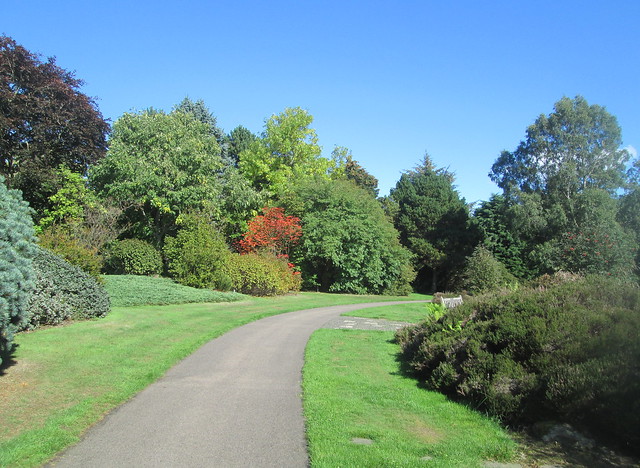