Everybody knows that local councils around the country are having to make horrendous cut backs, they’re trying to make savings everywhere and the upshot of that is that they decided to close sixteen libraries in Fife. Despite a campaign it has come to pass, some of them are closed already. The powers that be in Fife Council are philistines.

Quite a few of the libraries were only opened for ten hours or so a week, those ones were situated in small villages that already had virtually nothing in the way of amenities. But Glenwood Library was a full time library in Glenrothes, situated in an area with a fairly high level of poverty, well used by people in the community for access to computers, job clubs to help people into employment, reading lessons for adults, it was a collecting point for food donations to the local food banks (how my parents would have been shocked by that modern phenomenon) and with a really good stock of books. Local authors such as Ian Rankin, Val McDermid and James Robertson got involved in the campaign – to no avail.

A local neighbourhood community association was supposed to be taking over the running of the library but it now looks like this is not going to happen, it’s going to be a big loss to that community. Of course lots of librarians and library assistants are losing their jobs, thousands of library workers across the UK have been thrown onto the scrapheap over the last few years. 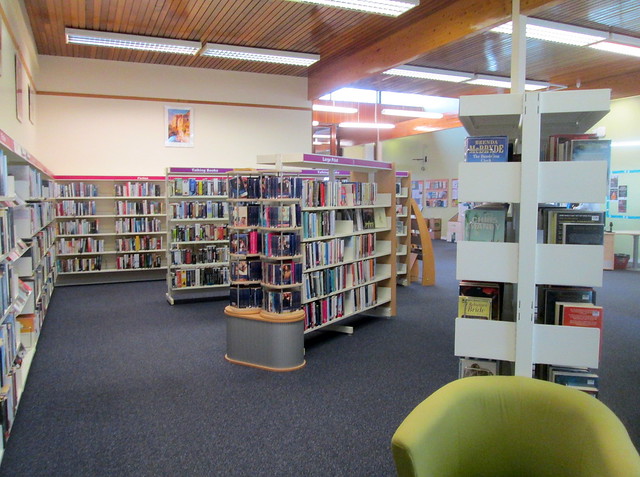 In recent months over the winter the library staff have been allowing some local cats to take advantage of the warmth on offer. Well who wouldn’t enjoy stretching out on a floor warmed by underfloor heating, especially if the alternative is a cold street?! 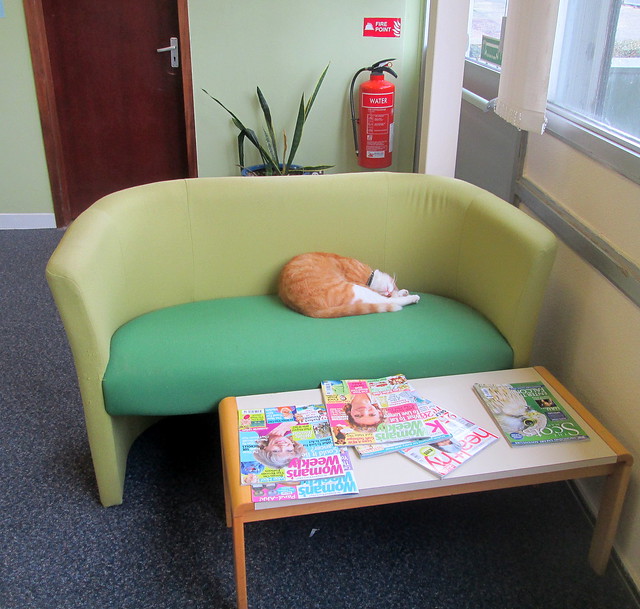 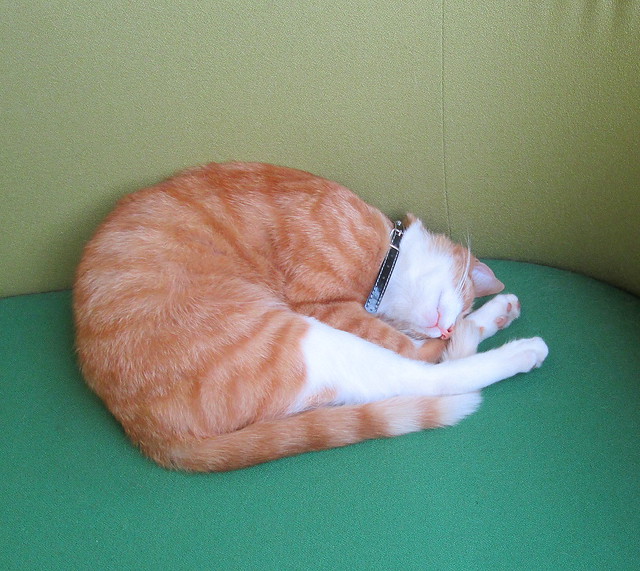 This ginger cat was usually in there whenever I visited the library, he/she just cocked an eye at you as you browsed, and then went back to his/her dreams when he rated you as no danger and not being likely to stand on him. Today I took a last visit to Glenwood and ginger cat had taken up position on on one of the wee sofas. Possibly the underfloor heating has already been switched off. It occurred to me that we went about that keep the libraries open campaign completely the wrong way. If we had had a keep the cat shelter open campaign it would probably have had a better chance of succeeding!

A while ago I mentioned that 16 libraries in Fife were under threat of closure and a campaign was being mounted to try to save them. I wrote to MSPs and councillors and went to meetings with managers who didn’t even have any knowledge of libraries, all to no avail. We got the bad news yesterday that THEY are going ahead with all of the closures, which will take place in April.

There was a ‘consultation period’ – which of course took place after the decision had been taken to close them. This happens all the time with local councils who all seem to have absolutely no idea what a consultation period should be.

I’m so mad and sad that so many children are going to miss out on visiting a library now because the nearest one will be too far away for their parents to take them to, especially if they have to use public transport. Teachers aren’t going to be able to take their classes for library visits now. How children are expected to have a love of books and education under these circumastances is beyond me. It’s all so short-sighted. Book borrowing doesn’t generate an income and money is everything nowadays.

All of the communities are going to be damaged by the closures. In an area like Fife, which is already disadvantaged with a high unemployment rate this is just another nail in the coffin. There are still plenty of people around who don’t have access to computers, how they are supposed to find work without that help – I just don’t know!

If you happen to live in the Kingdom of Fife then you might be interested to know which councillors voted for the library closures. They are: Councillors David Ross, Altany Craik, Kay Morrison, Pat Callaghan, Mark Hood, Neil Crooks, Lesley Laird, Judy Hamilton, Kinda Erskine, Bryan Poole and Andrew Rodger. Just in case you want to have strong words with them.

I always use my vote, even in local elections and I’m definitely going to make sure that I never vote for any of them. Remeber that hardly anybody does bother to vote in local elections and these people have all ‘got in’ with very few people actually voting for them. This is a time when your vote really will count for something.

It would be good if decent people could stand against them in the forthcoming elections and get them off the council which they definitely don’t deserve to be on.