A couple of weeks ago we attended a meeting at the local church (no I haven’t got religion!) where there was a local history talk about the Pilgrim Way in Fife. You can see Markinch’s St Drostan’s Church tower in the middle distance. 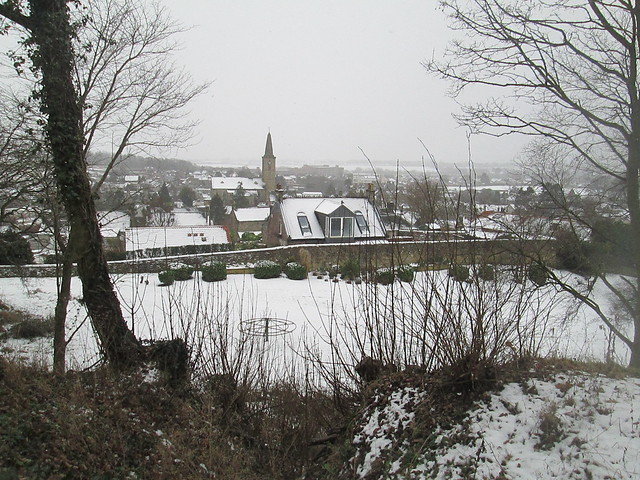 The snow was still lying quite thickly in places, it has been a snowy winter this year and more is forecast for later this week. 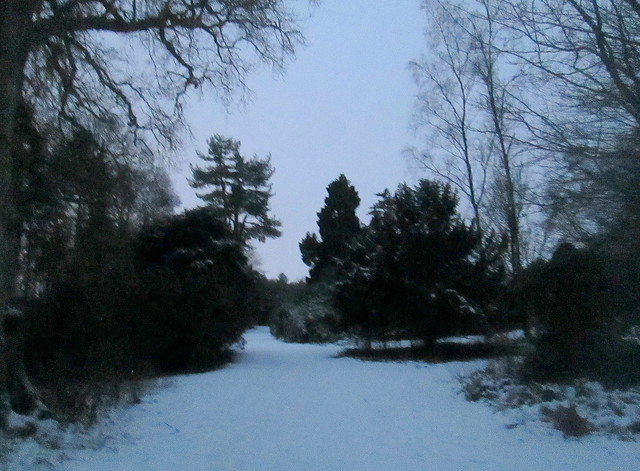 But at least the days are getting longer already. These photos were taken at 4.45 pm, just a couple of weeks previously it would have been pitch black. I suppose the brightness of the snow helped.

There were apparently three paths traversed by pilgrims on their way to St Andrews Cathedral, but this path through woodland leads straight to the church which would have been a resting stage for the pilgrims. 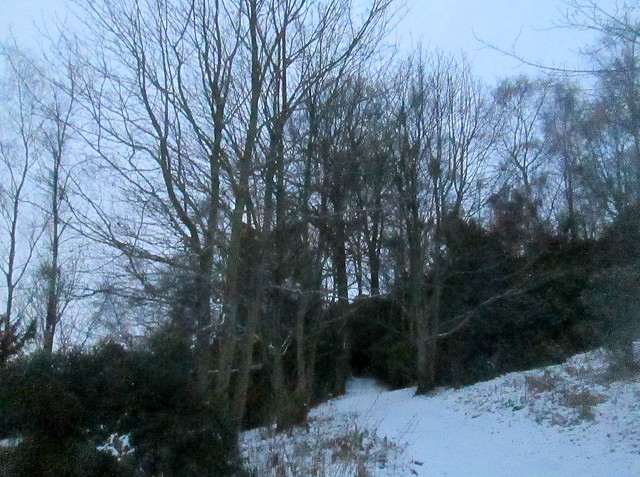 I think that going on a pilgrimage was a bit like going to a gig nowadays. Something for people to look forward to, a bit of excitement, a chance to meet new people and particularly members of the opposite sex.