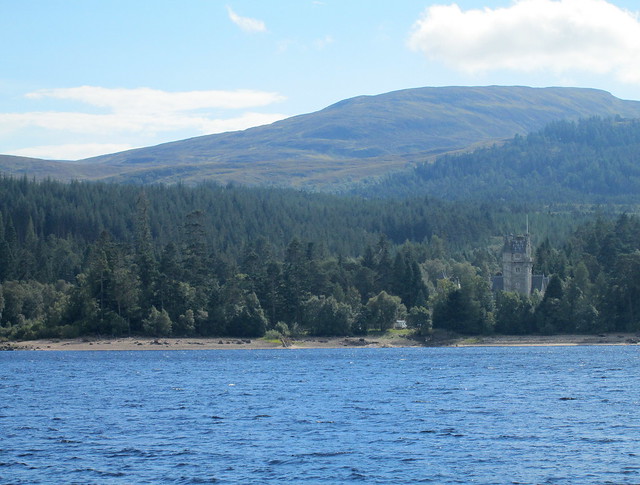 On our recent trip up to the Highlands with Peggy we were driving along admiring the views, well Jack couldn’t do so much admiring because he had to concentrate on the driving, when Peggy remarked that a lodge house we had just passed looked like the one from the TV programme Monarch of the Glen. When we saw a sign by the side of a few shops saying Glenbogle – she just about went off the scale of excitement! It is in fact Ardverikie estate and the loch is called Loch Laggan. The series was based on the books by Compton Mackenzie. 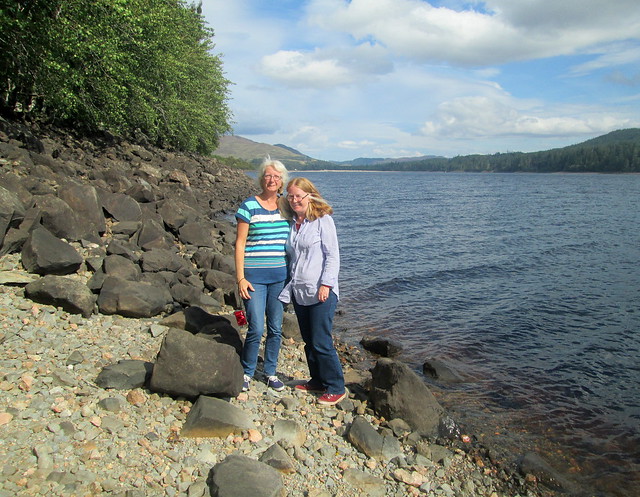 That road is pretty twisty turny but we did find a lay-by to stop off in and we climbed under/over the crash barrier and down a steep thistle and nettle edged path to reach the edge of the loch. As you can see we had a great day for sightseeing. 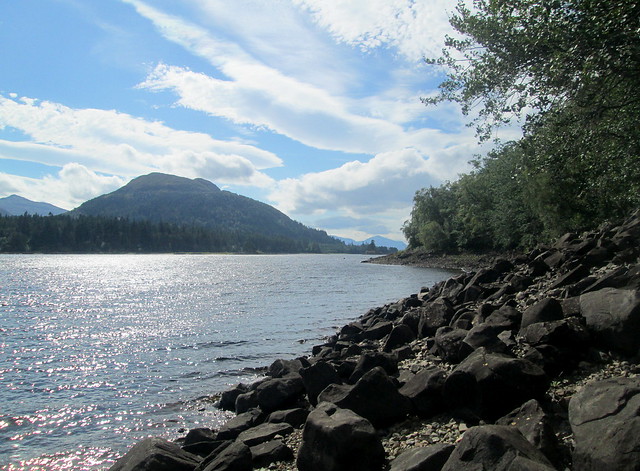 What a view the owners have from their home, I believe it was on the market a few years ago – asking price a mere 7 million quid. I wonder if it is now owned by a Russian oligarch or some such. The house is built in the Scottish baronial style, very popular in Victorian times.

I spotted the wee jetty that features in the programme too but seem to have managed to miss it of the few photos I took. I hope Peggy managed to get it.

The beach is my kind of beach with lovely glittering mica laden stones with bits of pink granite scattered around too. But we couldn’t linger all that long as we wanted to reach Dornie where our B&B accomodation awaited us. We did plan to go past ‘Glenbogle’ again and check out the few shops nearby but a slight change in the route back meant that we somehow missed the turn off. Ah well – maybe next time.