One of the many historical places we visited when we were in south west Scotland in Dumfries and Galloway recently was Glenluce Abbey – yes, yet another ruin! It was founded around 1192 it’s thought, and was a daughter abbey to Dundrennan Abbey, so it was a Cistercian abbey peopled by monks who wore white robes. 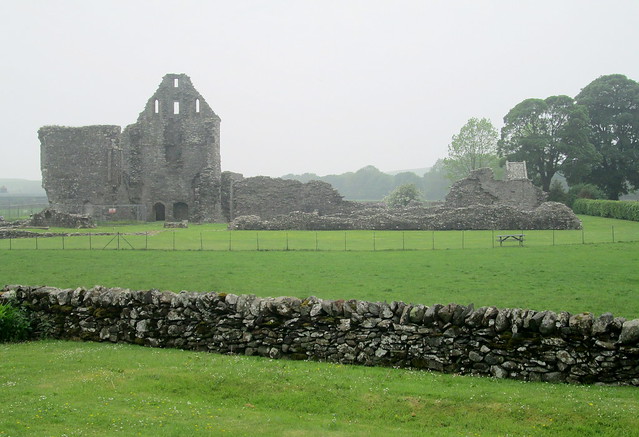 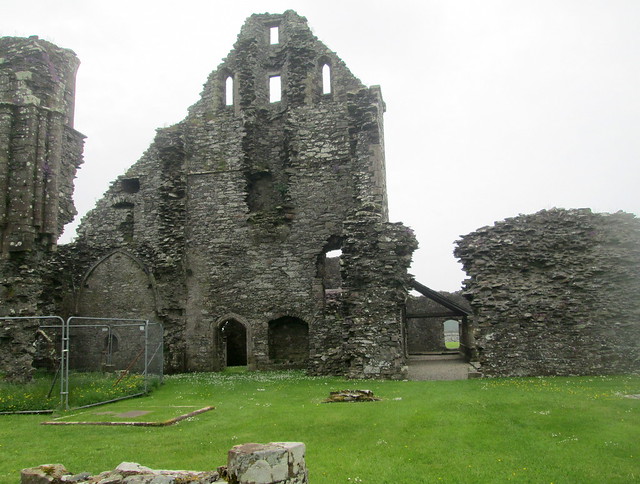 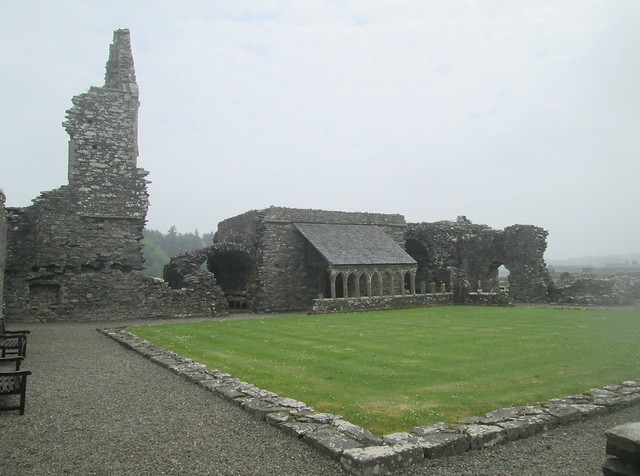 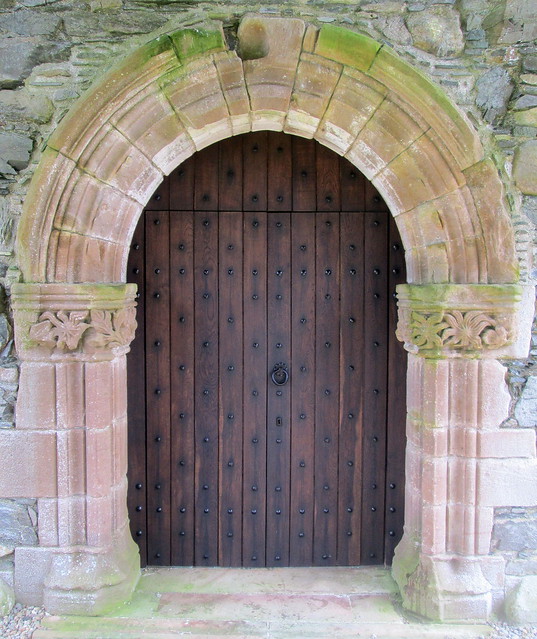 After the Reformation in 1560 the monks embraced the new religion and were allowed to live out their lives in the abbey with the last one dying in 1602. Like most of these places when they were no longer used the people living locally used the place as a handy quarry, an easy place to go and purloin some nice stone for whatever domestic project they had on hand.

The windows in the photo below have obviously been fairly recently restored. 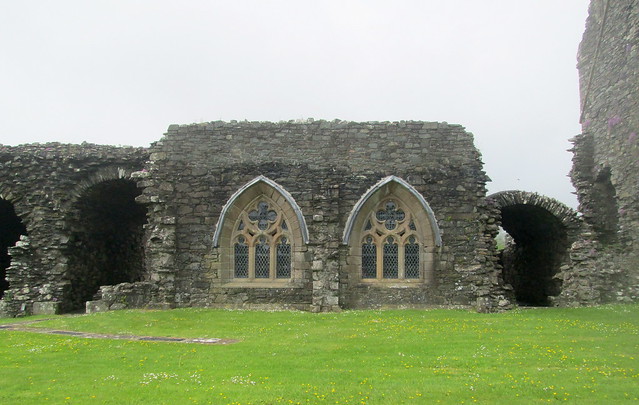 Quite often you can see quite fancy stones in the walls of local cottages near such ruins which were clearly taken from a much more important building.

There’s a very sweet and dainty looking type of wee fern-like plant, but it has lilac flowers, which has very happily set up home in lots of the abbey stonework. 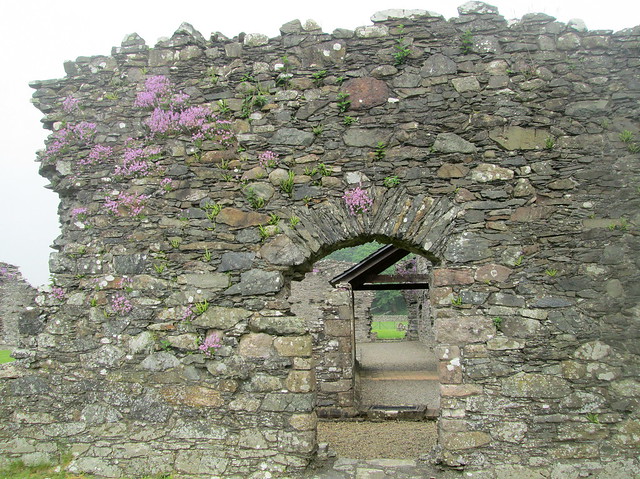 The one below has settled in what must have been a small shuttered window, but the shutter is long gone. 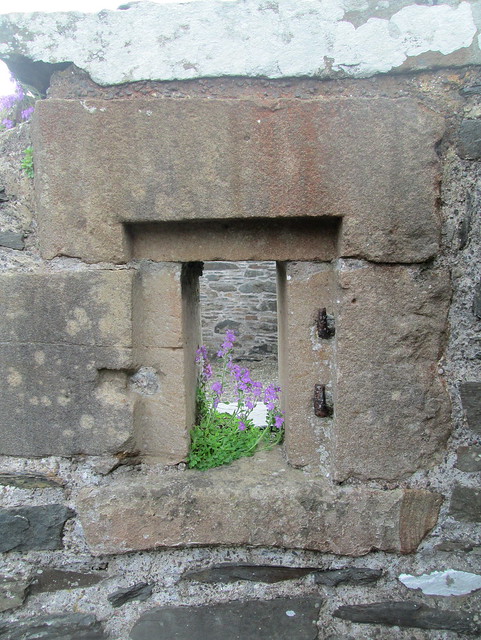 And below is a very narrow but tall building which was for the use of the abbot. Inside it’s just one teeny wee room, about five feet wide I think. There must have been two or three storeys to it originally but the floors have gone and the abbott must have used a ladder to get up there as there’s no room for any stairs. The height and narrowness of it makes it look very French to me. Sadly it wasn’t possible to get a photo of the front of that building because of the overhanging trees. It looks perfect to me, it would make a wonderful folly if you were lucky enough to have a big enough garden for it! 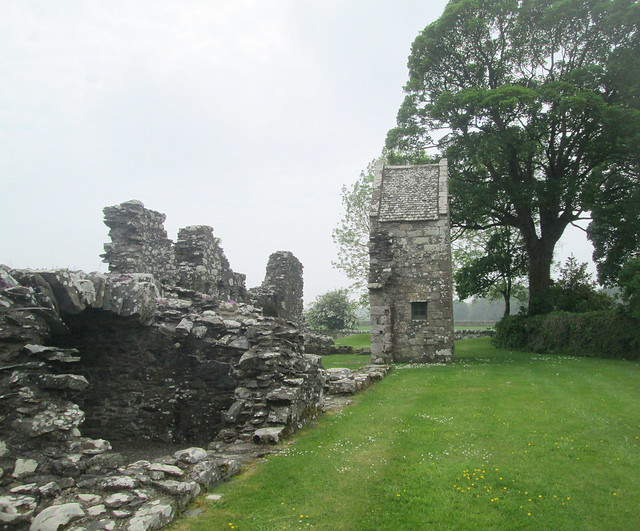 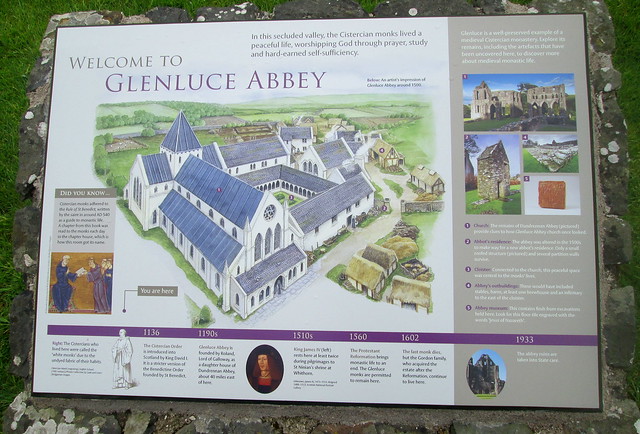