Inside Gladstone’s Library at Hawarden in Wales is very similar in feel to Sir Walter Scott’s library at his home in Abbotsford. Although that one is quite a bit older than Gladstone’s they both have a Gothic atmosphere.

The lower part is the Reading Room and that is where most of the non-theology books are shelved. 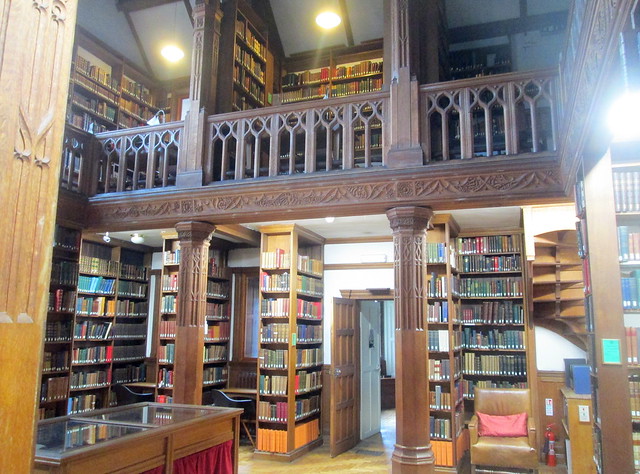 As you can imagine, with so many old books there’s that lovely scent that comes with them. Apparently the glue and leather of old bindings gives off a smell similar to vanilla as it ages, whatever it is it’s a pity they can’t bottle it. 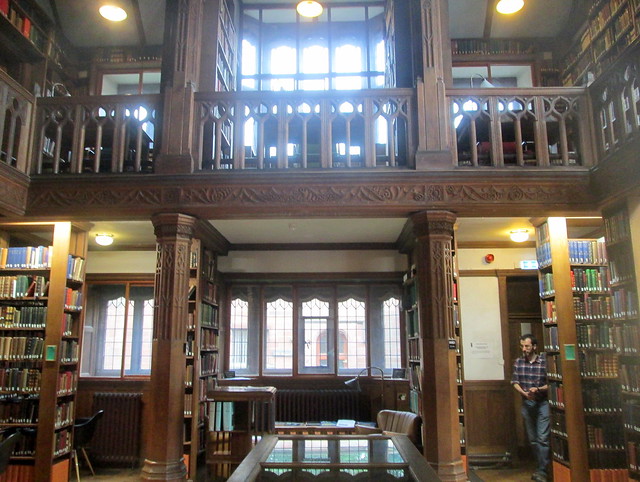 To get upstairs you have to go up a teeny weeny spiral staircase. 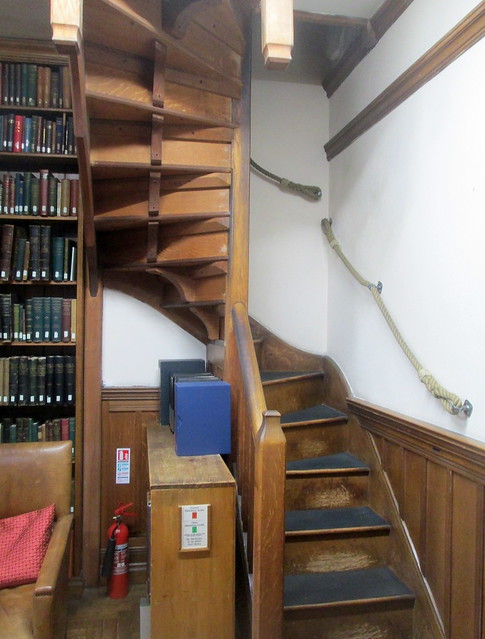 The roof bones or trees if you prefer must have got damp at some point as in parts they are white with water damage. Not surprising given the building is over 100 years old. It costs £2,500 a week to keep the place standing so it’s no wonder that the costs are fairly steep for the accommodation. 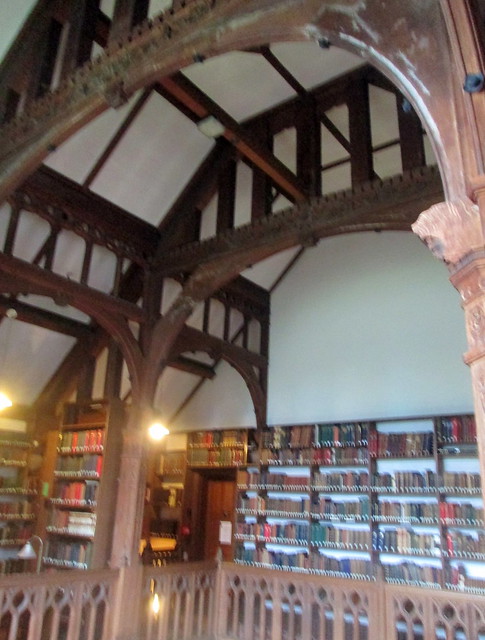 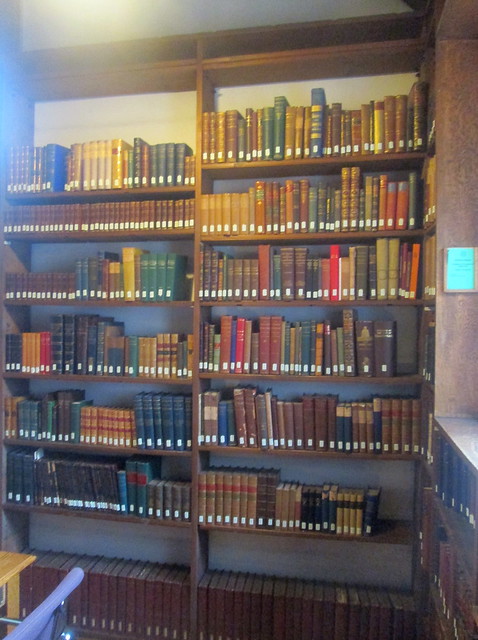 I’m well used to handling old books and being in amongst a lot of them, but it’s always a treat to be in their company.

And I was surprised to see a wee Mauchline (wood) covered book on the shelves, I think nowadays people usually put them in display cases, it was decorated with a fern design, very Victorian. 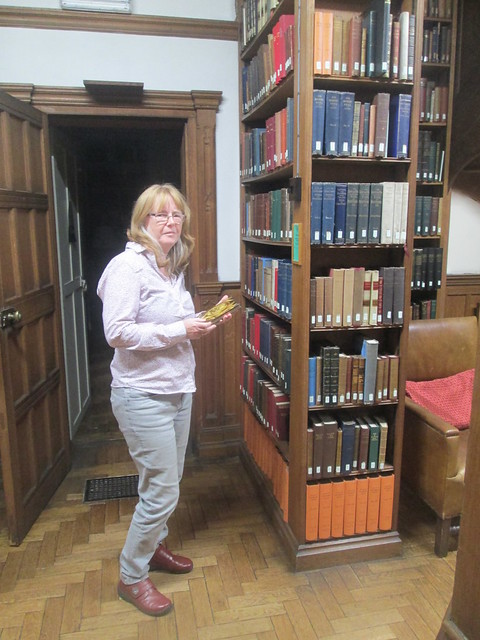 So there you have it – Gladstone’s Library, just over the Border into Wales, not far from Chester, and they seem to have a lot of events going on, although I suspect they’re mainly of the religious variety.

Gladstone’s Library at Hawarden in north Wales was actually built after William Ewart Gladstone’s death, it was planned by his children to house their father’s collection of books which had been living in what was called locally the ‘tin tab’ which was one of those corrugated iron structures which were built by little mission churches all over Britain about 100 years ago. The ‘tab’ was of course short for tabernacle. Below is a photo of it, although this seems quite a bit larger than the tin tabs that I remember seeing years ago. 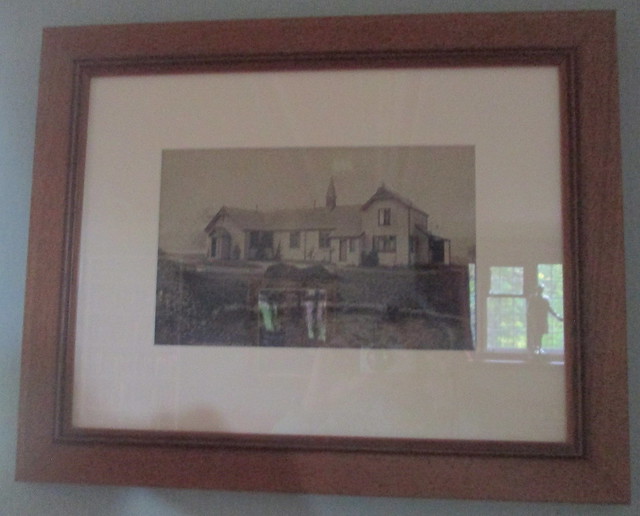 After Gladstone’s death £9,000 was raised by a public appeal to build a more solid permanent home for the books and it was enough to build the rather grand looking building at Hawarden. It’s the only residential library in the world I believe. There are 26 bedrooms as well as conference rooms. This is Britain’s only Prime Ministerial Library and it’s an apt memorial to the four times Prime Minister.

Theology seems to have been Gladstone’s main interest, but he was ahead of the times really and collected books on religions other than Christianity. However there are also lots of books on Shakespeare, politics, poultry keeping, fruit growing …. all sorts of books.

I seemed to be one of the few residents who was actually interested in looking at the books and one evening I had the entire place all to myself. I must admit that it was quite a thrill to be given my own key to the place for after hours use. 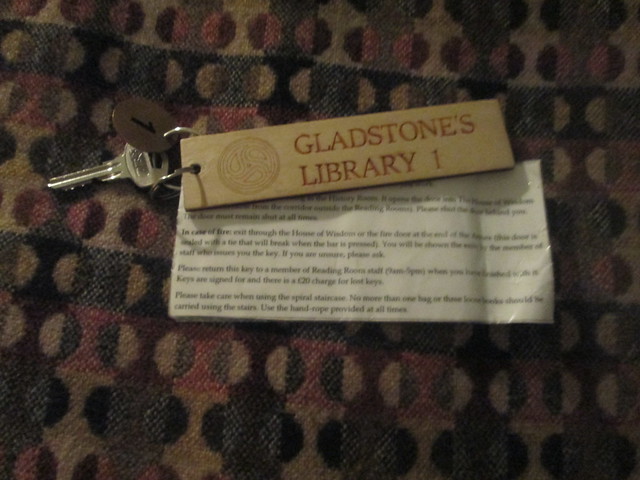 If you are thinking about going to this place as a resident don’t expect luxury accommodation, it’s pretty spartan but the food is good, no waitress service though, just grab a tray as you would in a canteen.

As you can see below, the view from our bedroom window was of the dead centre of town! 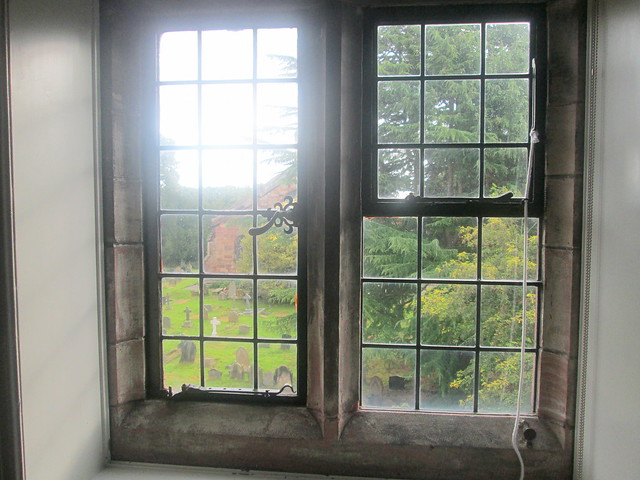 The outer doors are very Victorian in that Gothic way. 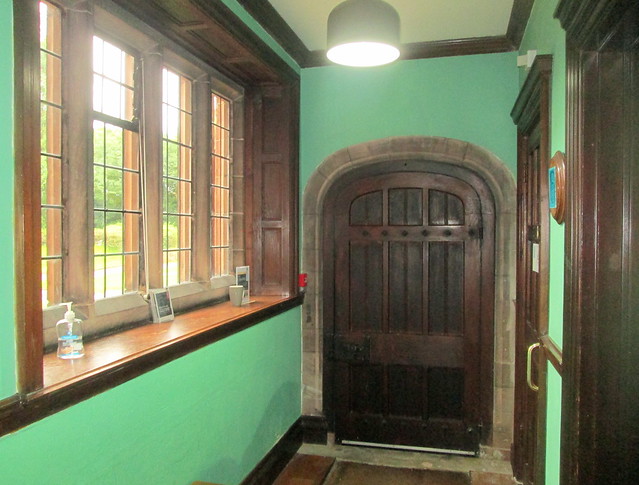 In the drawing room which is called the Gladstone Room there are some shelves of modern books which you can take to read in your bedroom. 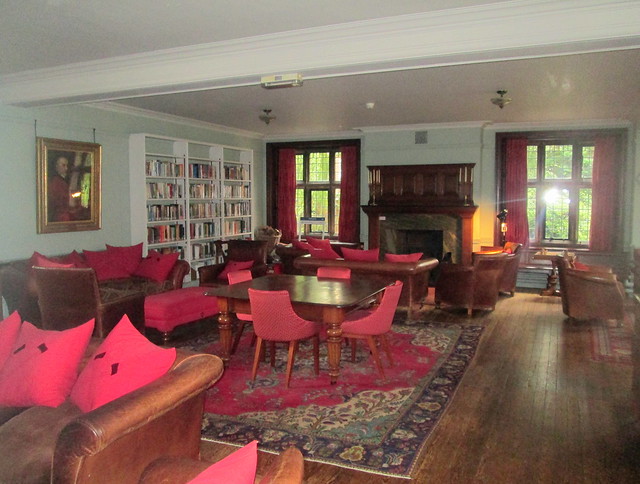 You can also do a jigsaw puzzle if you’re so inclined. 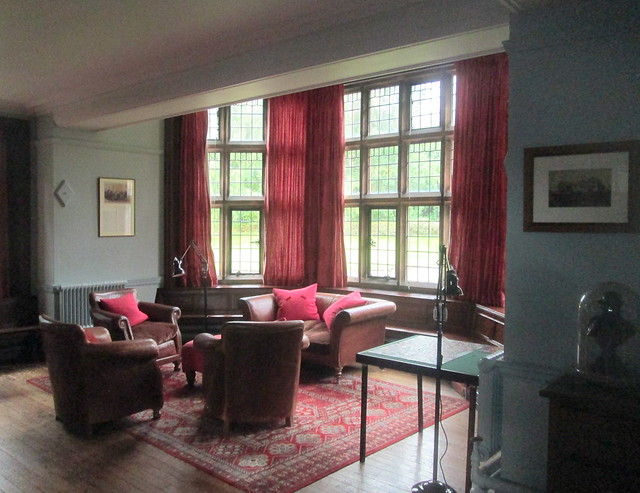 It must be cosy in the winter when the fire is lit. 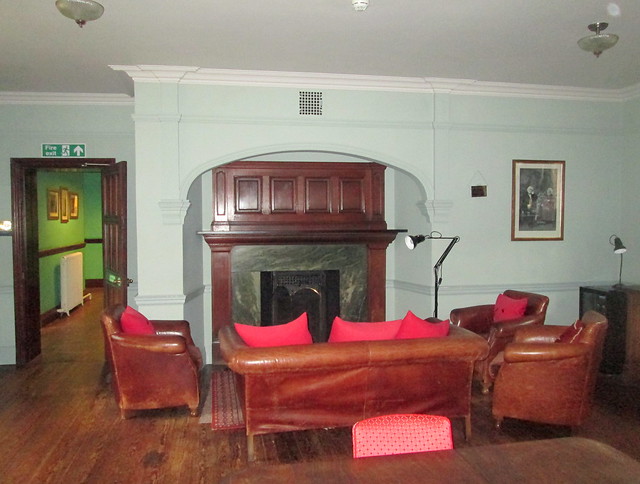 I’ll show you photos of the actual Reading Room/Library tomorrow.