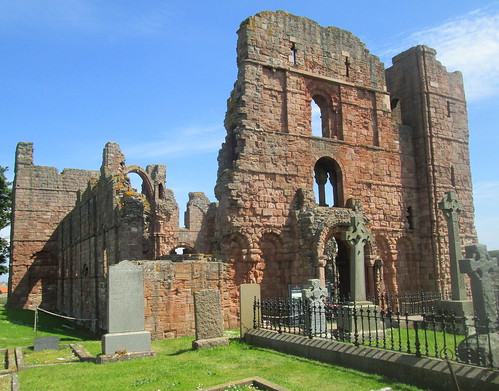 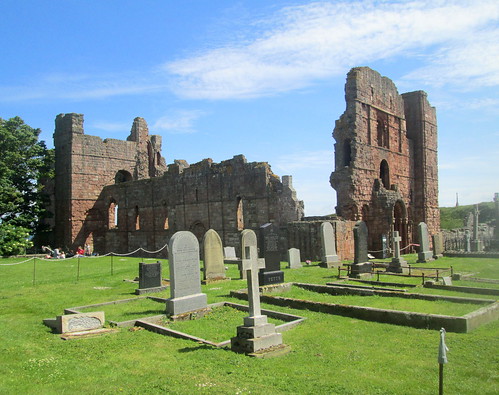 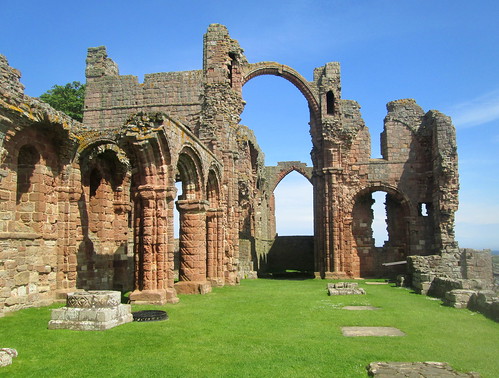 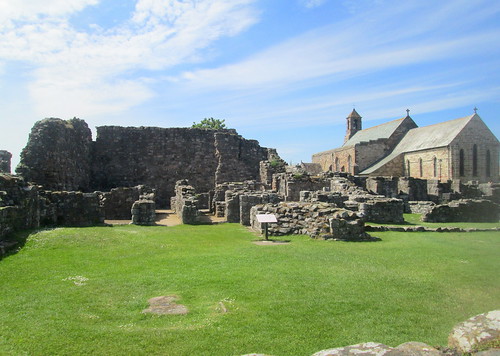 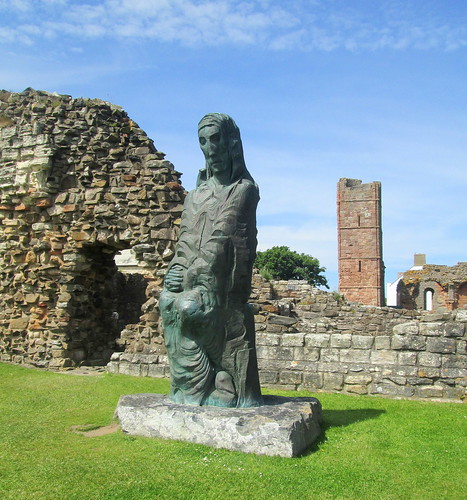 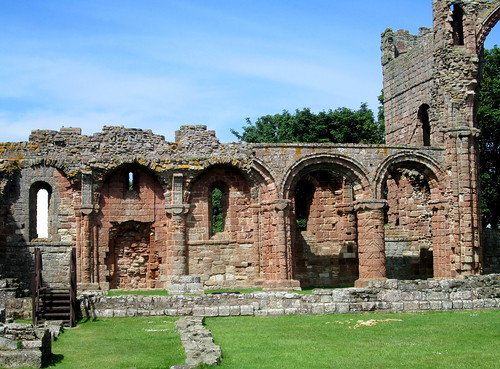 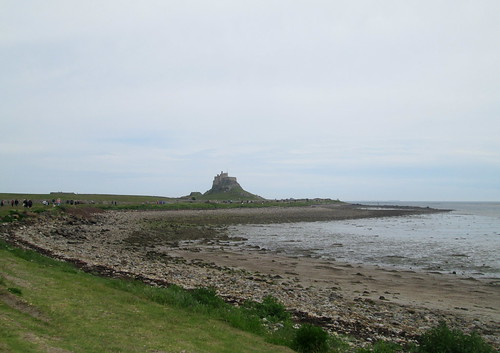 We had wanted to visit Lindisfarne/Holy Island near Berwick-upon-Tweed for decades and often drove past it on our many journeys up and down the UK – but the tide never seemed to be right for us and we feared getting stranded on the island. But last year we planned it all out, looking up the tides so that we would have plenty of time to investigate the place. We parked the car, along with many others, it was a really bright and hot day and walked around the small village, it must be strange to live there I think. We walked along the road heading for Lindisfarne Castle which is very historic and ancient, dating from at least 1550 but in the Edwardian era it got a make-over by the famous architect/designer Sir Edwin Lutyens so it’s now a mish-mash of ancient and not so ancient. In 1901 the castle was bought by Edward Hudson who was a publishing magnate and owned the magazine Country Life. I believe it had a reputation in those days as a party destination for the very well-heeled. Now it is owned by the National Trust 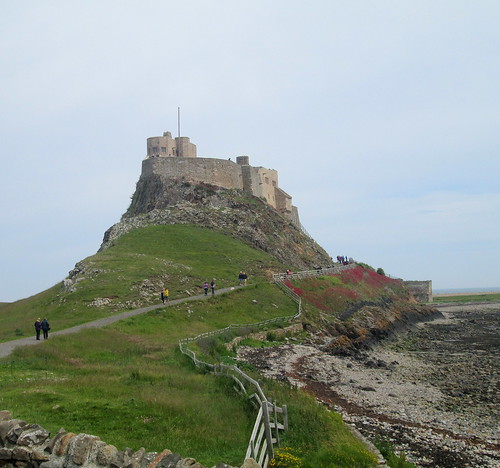 In the photo above you can see people walking along the road towards the castle. This is still a place of pilgrimage for some Christians, and they tend to walk barefoot over the sand/mud across to the island to emulate the pilgrims of previous centuries.

This is the modern entrance to the castle. 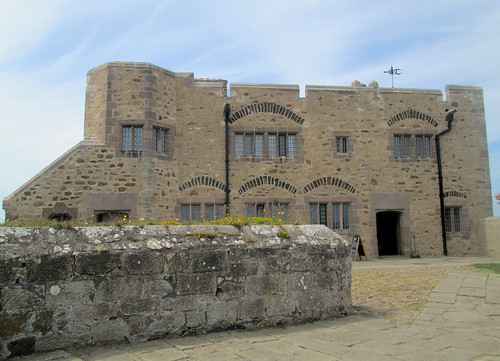 For some reason there is a model ship hanging from the ceiling in one of the rooms, it makes a change from Airfix aeroplanes I suppose! It’s a lovely model anyway. 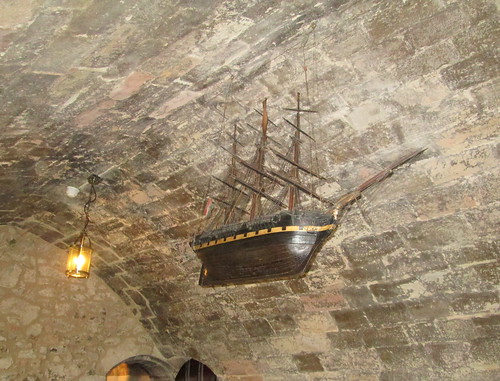 Every castle needs a kitchen, I’d quite happily settle down in this one, although I imagine the cooking range would be a bit of a nightmare to control. 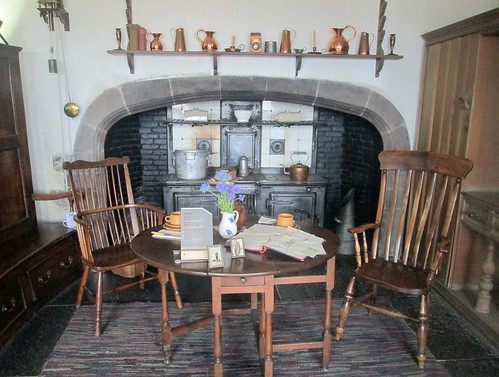 Speaking of settling, what do you think of this settle by the range? Just add a few cushions and I think it would be a lovely cosy place to sit and pass the time knitting, the very high back would certainly keep any draughts at bay. 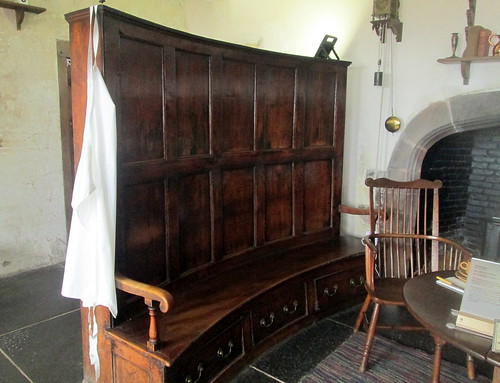 This dresser completes the kitchen. There’s plenty of storage space I suppose for dishes, pans and utensils in the end cupboards. 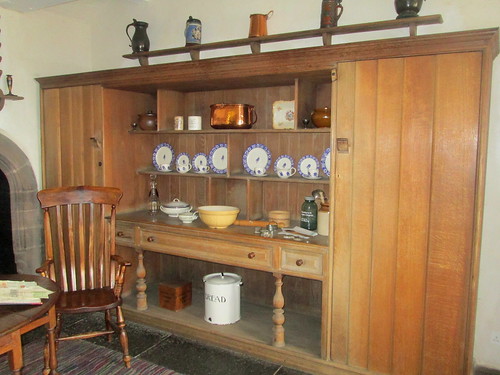 It all looks very peaceful now but you can read more about the violent history of the castle here. Viking raids and all.