Way back in February 2020 when there was talk on the news of an imminent lockdown we drove to Inverkeithing for a bit of a rake around at an antiques/secondhand shop which is housed in an old cinema.

After that we decided to have a bit of a walk around the historic parts of the town, knowing that it would be quite some time before we were able to stray from home again, mind you I never thought it would be more than a year! You can read about the history of the town here.

The two photos below are of Fordell’s Lodging. 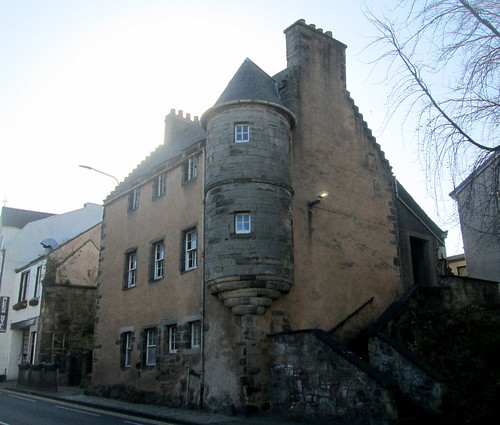 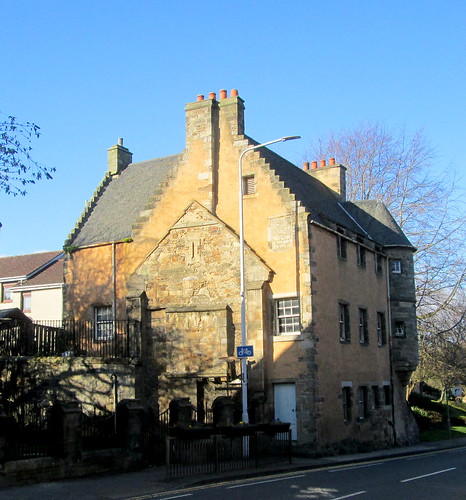 It’s thought that the town dates from as far back as Roman times in AD 83, but the first church was built around AD 400. There was a Franciscan friary which would have been used as an overnight stopping off place for pilgrims on their way to St Andrews. There are quite a lot of ancient buildings still standing in the town. Sadly one very interesting looking building is standing empty and unused, but another one has been converted into flats which should stop it from deteriorating.

The photo below is of St Peter’s Kirk. 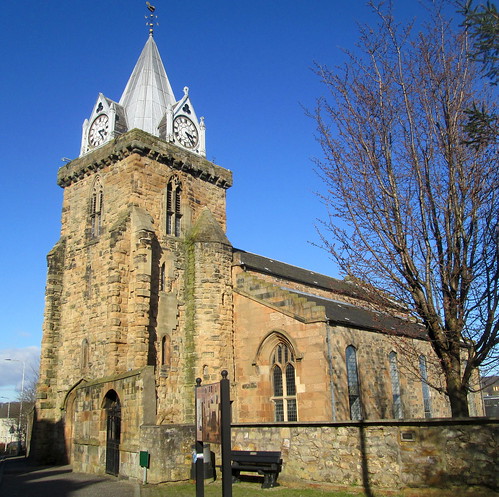 Marriage lintels are a tradition in Scotland, especially in the east, with the initials of the bride and groom being carved into the lintel with the date of the wedding in the middle. This one is on Thomsoun’s House, 1617, it’s a bit fancier than most of them. 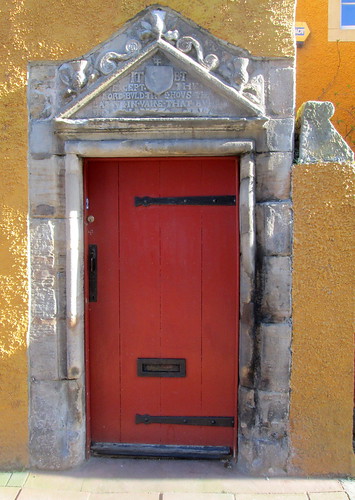