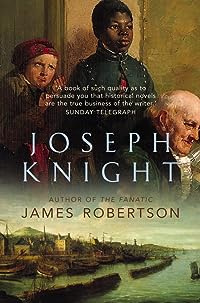 Joseph Knight by James Robertson was published in 2003 and it won the Saltire Scottish Book of the Year Award 2003.

This book flips backwards and forwards from 1746 to 1802 and dates in between. The locations range from Drumossie Moor – the Battle of Culloden – Dundee, Edinburgh, Perthshire, Fife, London and Jamaica.

James Wedderburn is a young man, a Culloden survivor and at the beginning of the book he’s hiding from the English authorities, if they catch him he’s a dead man. His father, who also took part in the battle has already been captured. Eventually he and his brother make their way to Jamaica and in time become very well off landowners, making their money from the sugar cane fields that are worked by their slaves.

James had always planned to return to Scotland when he had made enough money and he does exactly that. He isn’t willing to part with his slave Joseph Knight whom he has trained up to be his personal house servant. Joseph will be seen as a prized possession and proof of his owner’s success in life. Joseph has become a Christian and is obviously an intelligent man, he wants to be free to make his own decisions in life.

The upshot of that is that he marries and goes away to live with his wife in Dundee, of course he’s a ‘kenspeckled’ figure and eventually he is arrested as a runaway. However, slavery had been outlawed in Scotland long before then so surely as soon as Joseph got to Scotland he should be a free man. A court case ensues.

The author couldn’t resist the idea of having Boswell and Johnson as minor characters, both apparently being against slavery. I suspect this was to pep up the storyline as inevitably boozing and bawdiness was the result, I’m not sure that was necessary but others might dispute that. There are scenes of brutality in Jamaica, slave owners who regarded themselves as being fair-minded were far very from that.

This is a really good read, it’s based on a true story, if you’re interested you can read more here.

The blurb on the back says: ‘A gift for witty re-imagining and a canny understanding of the novelistic and its conduits to the worlds we live in now mark Robertson as a marvellous novelist and Joseph Knight as a work of cunning and great assurance,’ Ali Smith, Guardian.

You can read Jack’s much more detailed review of this book here. 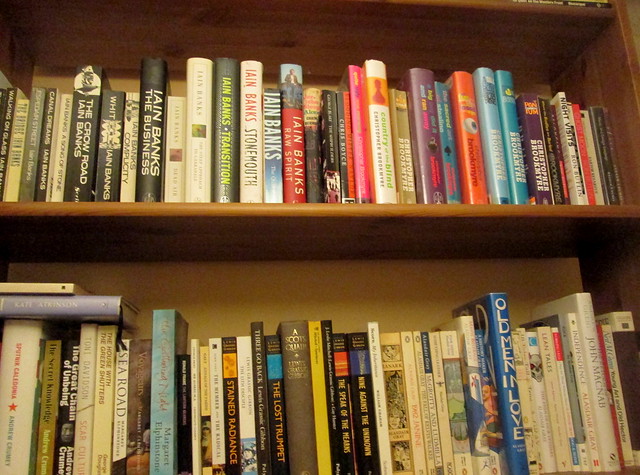 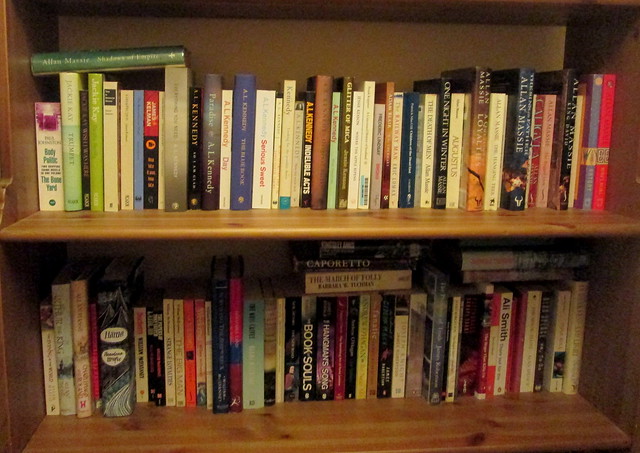