Transformation by Mary Shelley is a quick read at only 101 pages. It contains three short stories by Mary Shelley. I had only read her Frankenstein before and I had put off reading that for years as I didn’t think it would be my kind of thing, but I was agreeably surprised by it.

Transformation, first written in 1831 is set mainly in in Genoa and it’s an account told by Guido who is a young man who had been promised to Juliet since childhood. But Guido had grown into a reckless spendthrift and over the years he has lost all of the land and property left to him by his father. Eventually Juliet’s father decides he doesn’t want his daughter to be married to Guido and Guido is sent away. It’s an enjoyable gothic morality tale.

The Mortal Immortal was first published in 1834 and as you would expect is about the pitfalls of living forever.

The Evil Eye was first published in 1830 and I didn’t enjoy this one as much as the others. The setting is Greece and Albania and features child abduction.

None of the stories are exactly ground breaking and wouldn’t even have been back when they were first published, but they’re still entertaining.

I read this book for the Back to the Classics Challenge 2019. 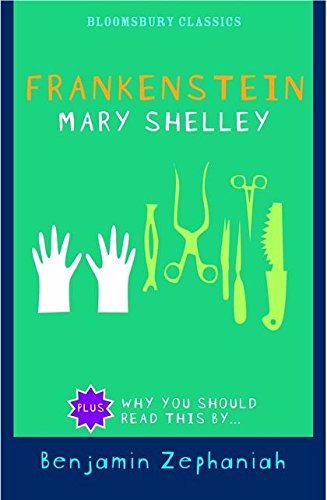 I’ve been avoiding reading this book for a very long time because the subject matter didn’t really appeal to me. I’ve never watched a Frankenstein film either but when I saw the book in my local branch of The Works at the amazing price of 10p – I took it as a sign that it was time to read it. Also, I just realised that I can make it my first book which counts towards the Gilmore Girls Challenge.

I did enjoy the book, it wasn’t really what I had been expecting at all. Frankenstein isn’t the monster but is actually a chemist who has managed to construct a monstrous form of life, which is a really crazy idea. The monster escapes and Frankenstein believes that he has let loose a murderous being on society.

The monster learns about human life whilst hiding out close to a family and being able to observe them he develops language and teaches himself to read, hoping that he will be accepted by society despite the fact that he looks so scary. But he is driven away by the family and his anger and loneliness change him from a gentle beastie into one consumed with bitterness and rage. He decides to track down his creator with the intention of making Frankenstein create a female monster to alleviate his loneliness.

The action switches from Switzerland to Britain with Frankenstein hoping that he can avoid the monster there. Frankenstein and his friend Clerval travel round Britain from London to Oxford, Derby and then to Scotland visiting Edinburgh, including Arthur’s Seat and St Bernard’s Well before travelling on to Cupar, St Andrews and Perth, ending up on a remote Orkney island, which is where the monster caught up with him. Obviously this is just a brief outline of the story and I’m not going to go any further with it. I think it is the sort of book which you could read umpteen times and find something new in it at every visit.

Mary Shelley wrote this book during a holiday in Switzerland with her husband Percy Byshe Shelley and Lord Byron. The weather was dreadful with the sun being unable to break through the atmosphere which had been polluted by the eruption of Tambora on the Indonesian island of Sumbawa.

During this dark and spooky time they had entertained each other reading German ghost stories and decided they would all write their own, but Mary’s was the only one which was completed.

I was really surprised when the action moved to Scotland, close to where I live. It seems that every book that I pick up at the moment has a Scottish dimension.

Anyway, I’m glad that I read this one at last and I may even do so again.