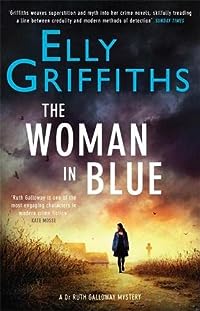 The Woman in Blue by Elly Griffiths was published in 2016 and it’s a Dr Ruth Galloway mystery.

The setting for this one is mainly Walsingham in Norfolk, a place of Roman Catholic pilgrimage. Ruth’s friend Cathbad is house-sitting in Walsingham for a friend who owns a cat and has gone on holiday. Of course Cathbad – a druid – likes to think that he is very attuned to ‘atmosphere’ and he isn’t comfortable in Walsingham and particularly the cottage he’s living in temporarily.

Cathbad thinks he may have seen a vision of the virgin Mary as he has seen a woman dressed in a blue cloak, but when a woman’s body turns up the next morning he realises that she was the woman he saw.

Ruth becomes involved in this one when an old university friend contacts her. Her friend is now a female priest and she has been getting nasty letters from someone who objects to the existence of women priests.

This was a really good read with the relationships between the main characters becoming even more painful, and more realistic I think. 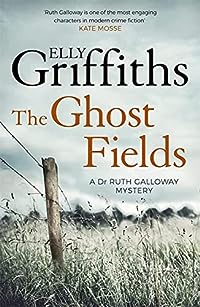