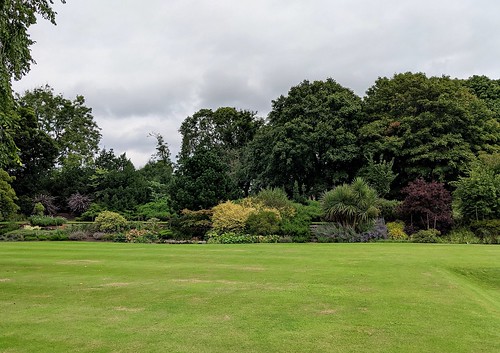 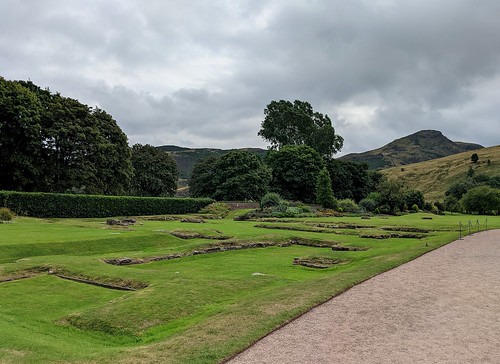 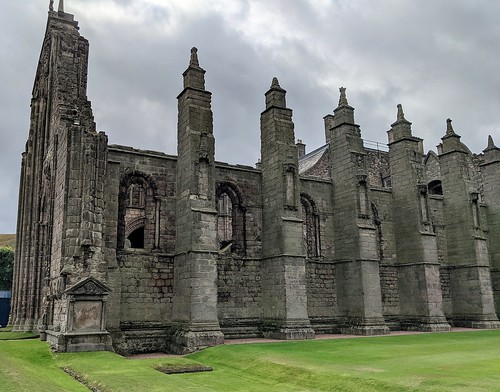 Here we are back at the Palace of Holyrood House in Edinburgh again, inside this time. As you can see the bedroom below is the King’s Bedchamber which is hung with tapestries, has a wonderfuly ornate ceiling and Dutch delft tiles around the fireplace. Most of the rooms in this palace are fairly small by royal standards. 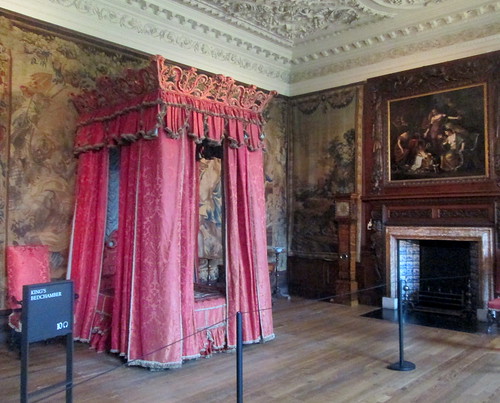 On the video guide Princess Anne explained that people often assume that it must be a horrible place to have to stay in, considering that there has been at least one murder there with Rizzio having been stabbed to death (I bet there were more murders than that one!) But she tells them that it has a nice homely atmosphere. I must admit that I have my doubts about the ‘bloodstain’ in the photo below, it look a wee bit too bright for something not far off 500 years old, but there’s no doubt that this is where the deed took place. If you’re interested in the history of the palace have a look here. 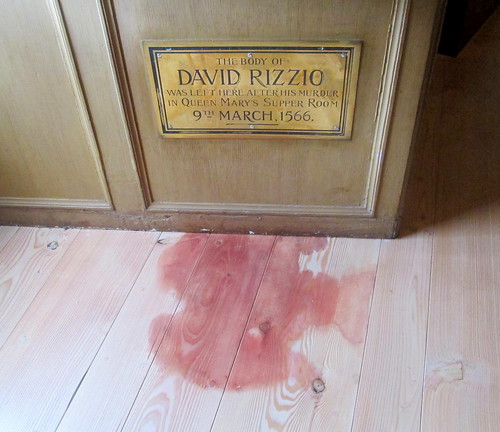 Sadly a lot of our photos didn’t come out well due to the dim lighting to preserve the tapestries and soft furnishings, they look blurred like the two below. Obviously you aren’t allowed to use a flash. 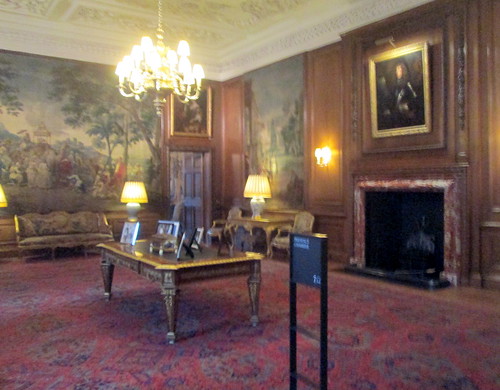 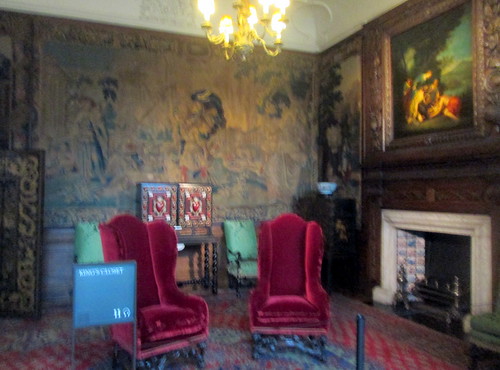 Below is a painting of King James VI. 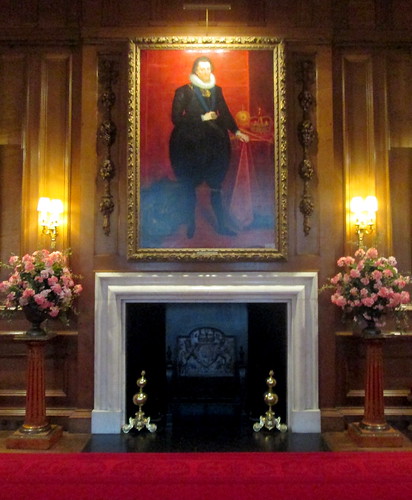 I’m sure that the dining room is used when the Queen visits this palace, usually she stays here and does some entertaining and has garden parties before continuing on to her holiday home in the Highlands – Balmoral. 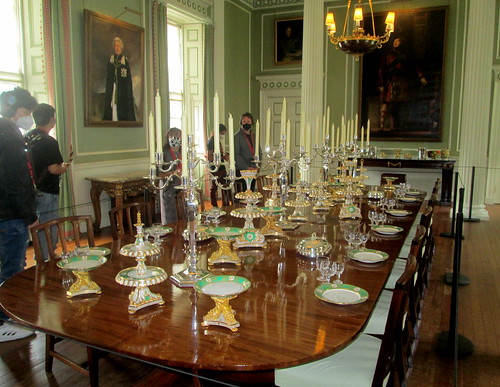 Some of the paintings in the Long Gallery below were damaged after the Jacobite Rebellion, presumably by Cumberland’s troops but they’ve been well patched up. Someone called these long galleries ‘treason rooms’ as they are the only spaces where people of a treasonous nature could talk without the danger of being overheard. When ‘Bonnie Prince Charlie’ took possession of this palace in 1745 he held a grand ball. I think it would have been held in this room, unless there is a ballroom which is not open to the public. There’s a secret door in the panelling! 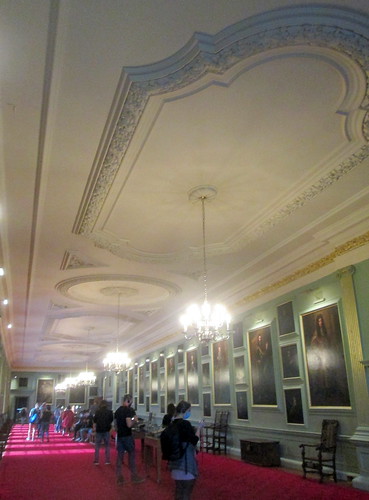 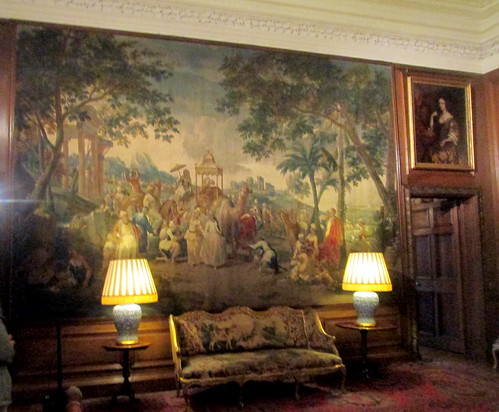