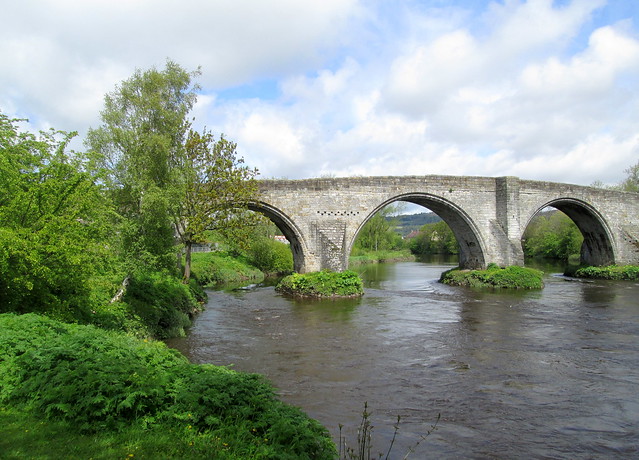 Stirling Bridge in Stirling is one of those places which we have driven past hundreds of times and said to each other – next time we’ll stop and have a good look at it. But it was only when we had Peggy of Peggy Ann’s Post visiting us that we actually got around to doing it. 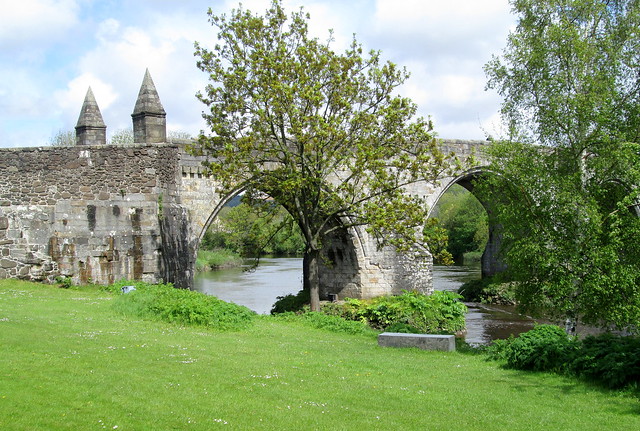 Stirling Bridge is really ancient. There was a famous Battle of Stirling Bridge, fought on 11th September 1297, but that was at an even older bridge which doesn’t exist now. The bridge in the photos is thought to have been built around 1500. 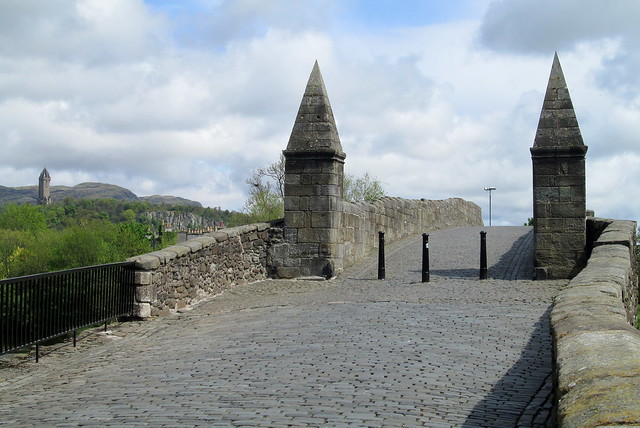 I’m keen on bridges, old and new and this is a particularly lovely one in a beautiful location. The river is the Forth. 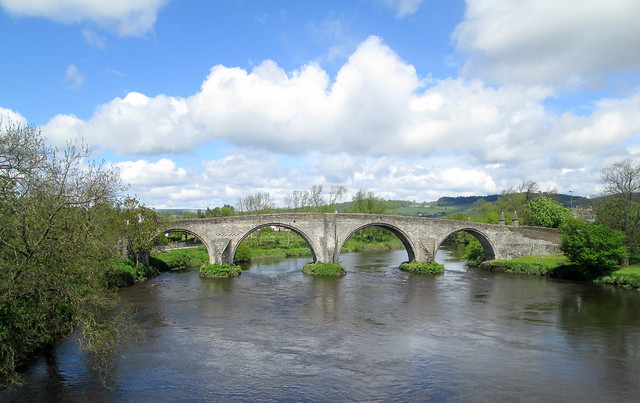 You can see more images of the bridge here.

Peggy Ann at Peggy Ann’s Post has been busy setting up a Read Scotland 2014 Challenge and although I SWORE that I wouldn’t join in any challenges – I can’t pass this one up, especially as I have loads of books by Scottish authors sitting on my shelves, unread.

Peggy Ann is doing this partly because she’s more than a wee bit of a Scotophile and partly to mark the fact that 2014 is such an important year for Scotland as there’s going to be a referendum on Scottish Independence, it is taking place on September 18th.

In fact I have so many Scottish books that I could probably spend the whole of 2014 just reading books for this challenge so I’m plumping for the Ben Nevis level, that’s 13+ books.

I haven’t decided which books to read yet but they’ll probably be some by authors who aren’t quite so well known outside the UK, maybe A.L.Kennedy, Allan Massie, Alasdair Gray, Andrew O’Hagan and Christopher Brookmyre.

Peggy has been busy doing research for this and has lots of links if you can’t think of many Scottish authors yourself. Honestly, there are loads to choose from, in fact it’s an embarrassment of riches for such a small country. Hop over to Peggy Ann’s Post to read all about it if you fancy joining in.