We were driving through Penicuik a couple of weeks ago when I spotted a Commonwealth War Graves sign on some old churchyard gates. There was a car park just across the road so we were able to stop for a mooch around the graveyard which is a really old one and has the remains of an ancient church in the middle of it, as well as the large replacement Victorian church which is still in use. 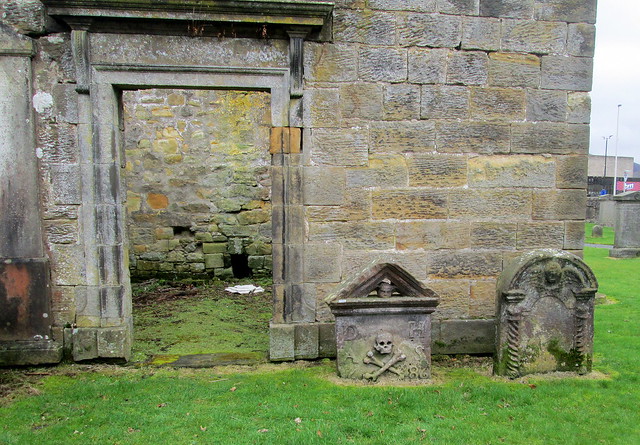 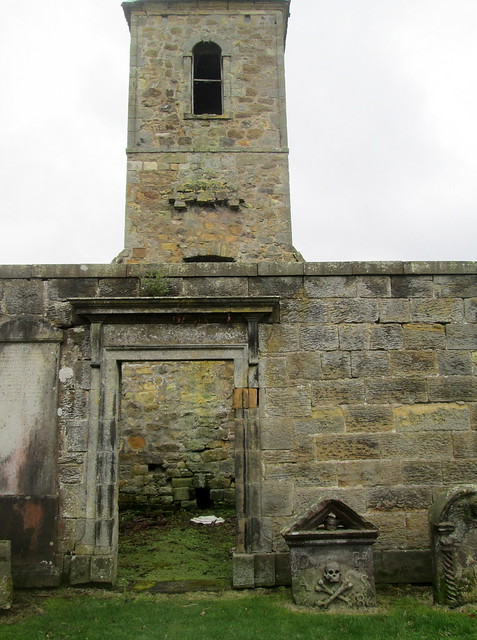 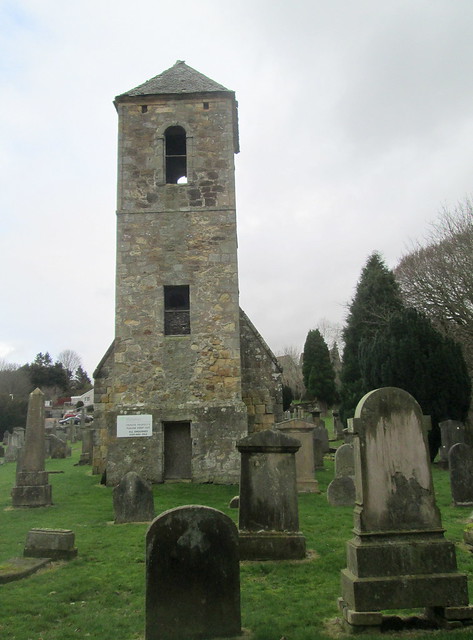 The photos above are all of the original St Mungo’s. The photo below shows part of the Victorian replacement. 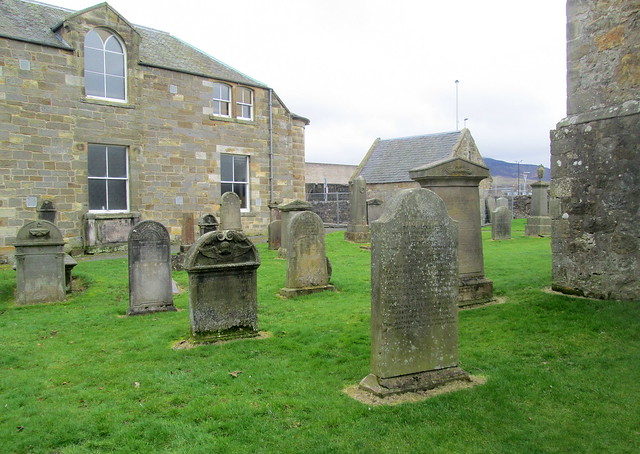 Some of the gravestones are really ancient. There are the usual warning signs of danger from unsafe stones. 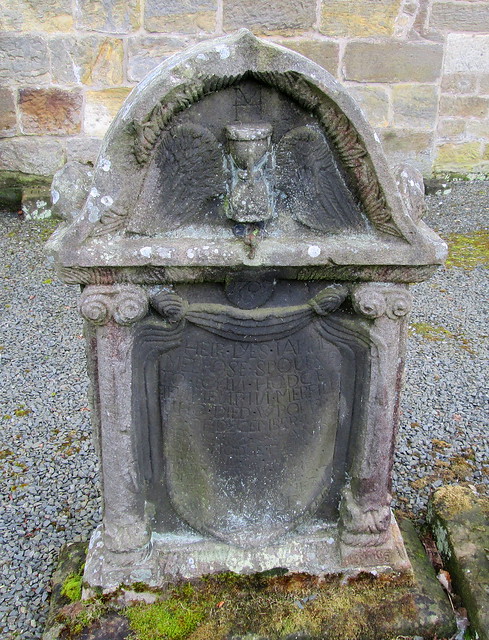 This is one from the sixteenth century, back and front – the best I’ve ever seen of that type. 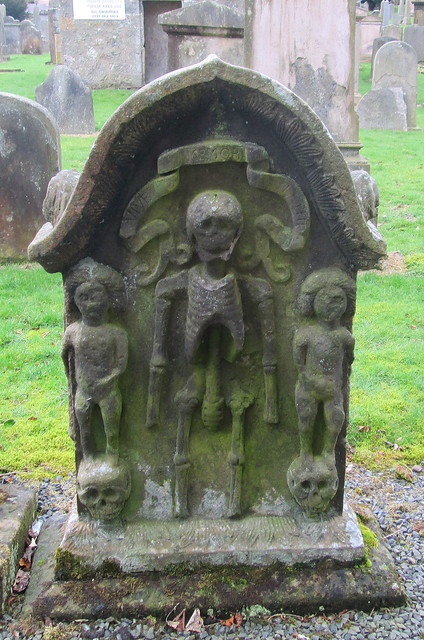 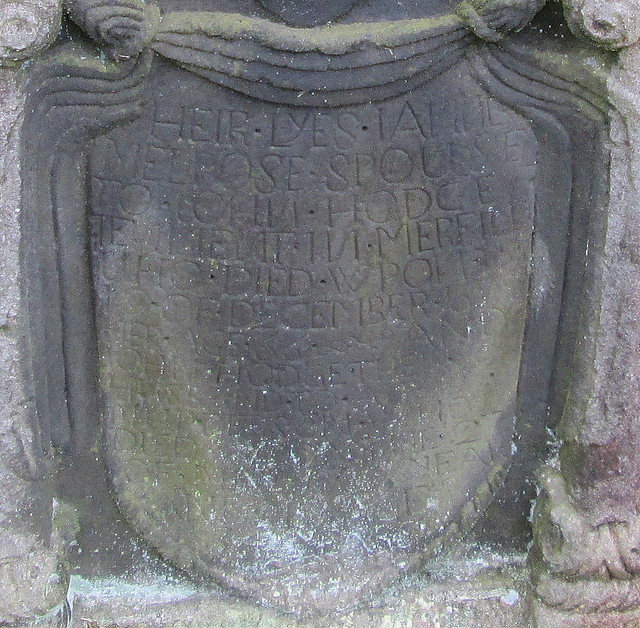 From what I can make out it’s of Annie Melrose, spouse of John Hodge. In Scotland women are (or were) reverted to their maiden name after death. It makes sense because often men went through three or four wives what with women dying in childbirth or whatever.

St Mungo – or St Kentigern as he is sometimes called – is patron saint of Glasgow but was apparently born Culross which is not far from us in Fife.