This year I’ve decided to share the well-known actor Clive Russell’s thoughts on his family’s sad experience of war, and his memories of Remembrance Sundays of the past. The village which features in the film is Russell’s home town, Cellardyke in Fife.

This is just one of the many war memorials in Fife. Kelty is a village where the main occupation used to be mining, but now there are no mines left. 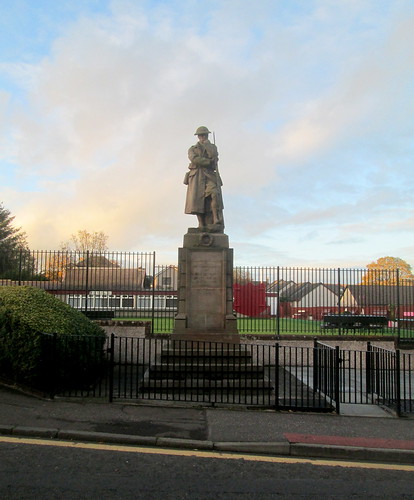 On Friday we were guests at Perth Academy Remembrance Service which was only attended by a fraction of the school roll because it’s a big school and the hall wouldn’t accommodate them all, but what a lovely lot of youngsters they were. 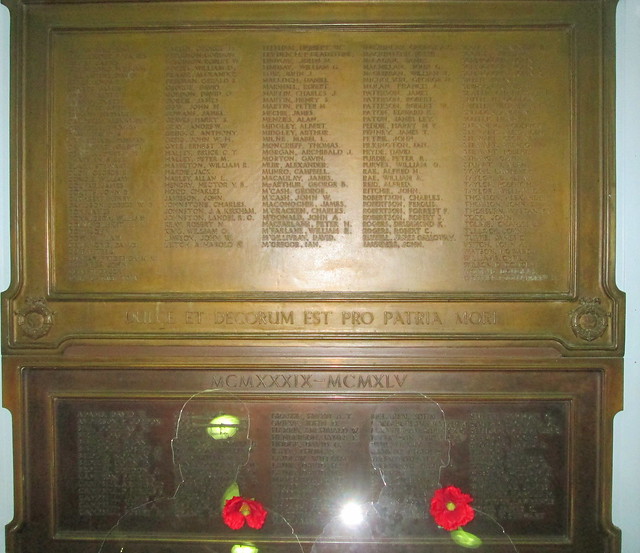 As you can see, a lot of ‘old boys’ didn’t return from World War 1. Every year the history department chooses two names from the roll of honour and they research into their background, so that they become real people, not just names. Often some relatives are still living in the area and they are very happy to provide information on what they know of their ancestor. One was a talented footballer, another was an organist, and one modern day pupil once discovered that her family home had at one time been the family home of one of the fallen, so when it came to visiting the battlefields as part of the history course, his grave was sought out and some earth from his old garden was put onto it.

The war memorial is on the wall at the back of the assembly hall so they’re at the centre of things, not tucked away somewhere where they wouldn’t be seen often. 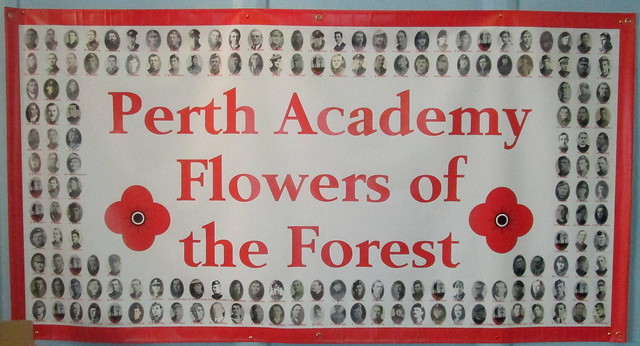 Modern perspex silhouettes of soldiers have been placed in front of the memorial in recent years, sitting at an old double desk just like the ones they would have sat at in school. 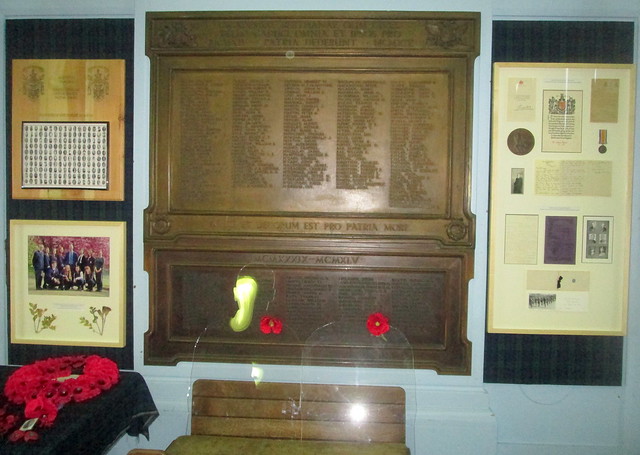 The whole service was impressive, with lovely music from the school orchestra, singing and of course readings. 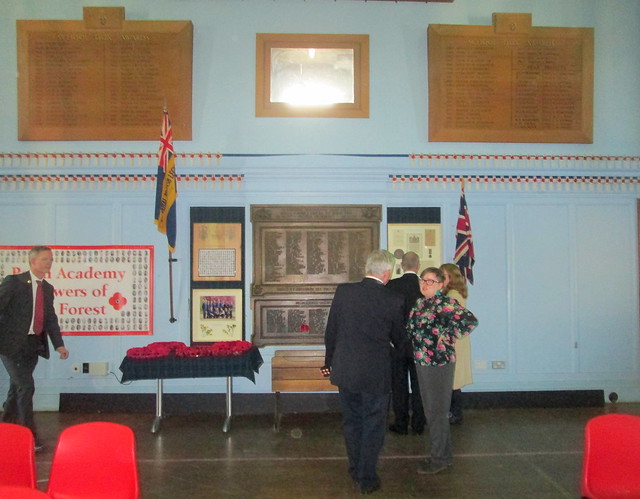 I/we went to an old school but I don’t recall anything being done to commemorate Remembrance Day, apart from a minute’s silence at 11 o’clock on the 11th of the 11th. I’m fairly sure that more is now made of Remembrance Day than used to be.

They shall grow not old, as we that are left grow old:
Age shall not weary them, nor the years condemn.
At the going down of the sun and in the morning
We will remember them.

Robert Laurence Binyon apparently wrote the word contemn at the end of the second line, but everyone seems to have changed it to condemn now, which is quite a different meaning as contemn means to scorn, despise or treat with contempt.