Back at Dumbarton Castle again, and you get some lovely views from there, below is the River Clyde, looking over to its south bank. 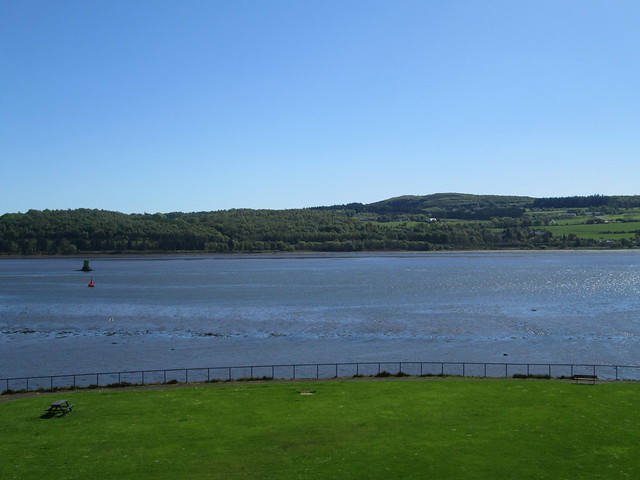 And below looking over to Langbank on the other side of the river from Dumbarton. Obviously I took these photos at low tide, but when the Queen Elizabeth II was launched at Clydebank just a few miles down the Clyde this is exactly where I stood to watch her sail past. I was still at primary school and the whole school walked there to see her and wave at the captain. 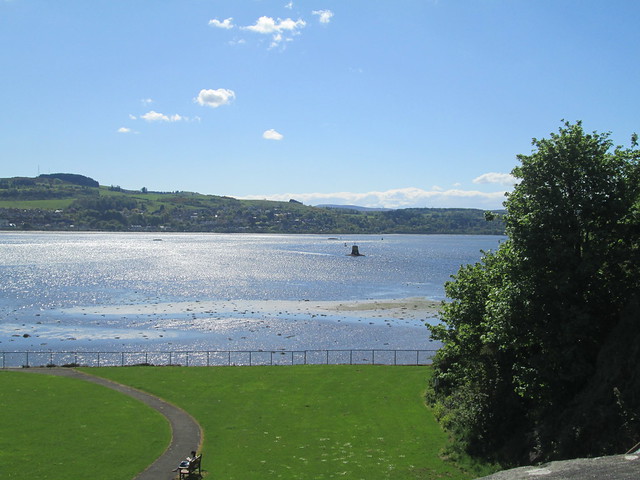 If you look to the left in the photo below you should just be able to see the Erskine Bridge in the distance. 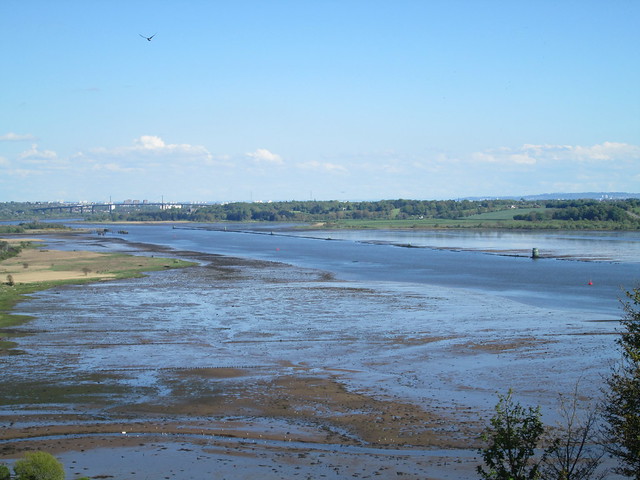 The photos below were also taken from Dumbarton Castle Rock although this time looking inland. As you can see there’s a lot of house building going on at the moment. The land around there was the Sunderland aircraft factory during World War 2 I believe, so it was a busy place. 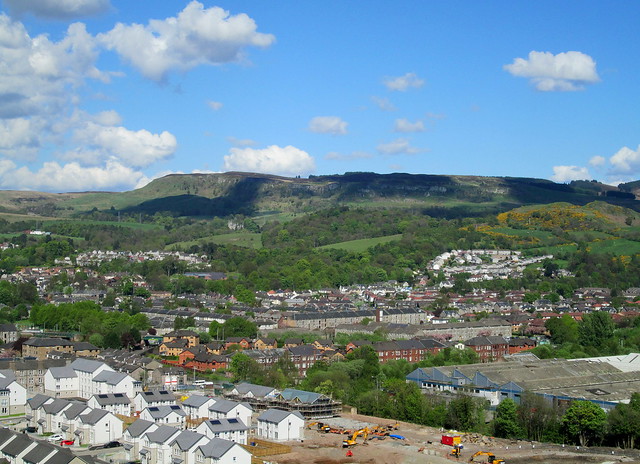 The photo below is of the area just to the right of the photo above, of Dumbuie and Dumbuck which used to be a huge mountainous rock but sadly when I was about seven they started to quarry it and now there’s hardly anything left, it’s like a big hollowed out tooth. I still mourn for what was the original Dumbuck. I hate quarries. 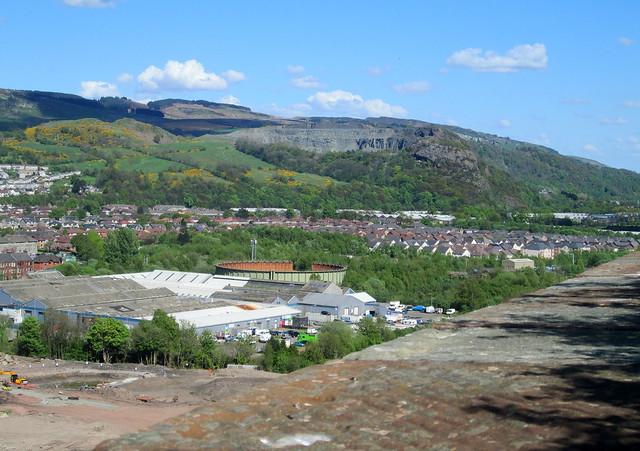 When I was about 13 they started building new houses on farmland which was exactly where I used to walk to get to the top of the hills. I couldn’t believe it and feared that eventually there would be no hills left to walk on at all, but they must have decided that the area was too steep for housing, which it is. I noticed that the houses that are being built now near the Clyde have about a dozen stairs up to the front door. I’m not surprised as being so close to the river they’re in danger of flooding. Rather them than me! Dumbarton was a nice town to grow up in, where I lived anyway, on the edge of town but like many places it has sadly deteriorated, the scenery is still good though.

I was wandering around in the BBC Art site Your Paintings which is a project which aims to show all of the artworks which are in public ownership, when I found this painting which isn’t all that old, having been painted in 1971 by A.C. Stewart. For me it’s of historical interest because it shows the River Clyde just a few miles from where I was brought up in Dumbarton.

In 1971 the Erskine Bridge was new and it is a lovely elegant suspension bridge, but it tolled the death knell for the car ferry. The ferry was one of those chain link ones with the chains being strung across the river and an engine fed the chainlinks through cogs on the ferry. It chugged and clanked along with foot passengers and some cars on board, luckily the River Clyde is narrow at that point and in those days you didn’t have to wait too long for each ferry journey. I seems incredible to think that there was no bridge there before that date.

I also found a painting of the SS Uganda when it was converted to being a hospital ship during the Falklands War.

I can’t believe how teeny she looks. This is the cruise ship which I sailed on in 1970 when I went on a school cruise to Norway and Denmark. Way back then educational cruises were common events, fairly heavily subsidised I suppose but they were still quite expensive so not everybody was lucky enough to be able to go. A few years earlier my brother had gone to Sweden and Poland I think and Jack went on a couple of cruises, one to Sweden, Denmark and the USSR, that always boggles my mind because it was the 1960s and the height of the Cold War and we knew that they we were a target for a nuclear missile due to living near a Polaris submarine base, but schoolkids from Scotland could still visit The Hermitage in what Jack will always call Leningrad (now St Petersburg again) as that was what it was called when he went there.

Anyway, I found the SS Uganda painting because I was looking to see what sort of artwork there was of Portsmouth dockyard because someone on Question Time said that the area will probably have houses built on it in the future and there will only be the paintings left as evidence of what was once there, such is life I suppose. 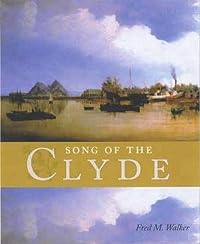 I’ve been busy reading War and Peace, amongst other things and although there are loads of things that I want to do on ‘Pining’ – I just haven’t got the time at the moment.

So I thought I would have a quick look on You Tube to see what there was of Billy Connolly on it. I didn’t find what I was looking for but as I come from Glasgow, and it’s that very maudlin time of the year – for Scots anyway, I couldn’t resist this wee song.

If you’re homesick for Glasgow try not to greet into your porridge!