It has been a bit quiet at ‘Pining’ this week, mainly because I at last started to paint the living room walls. They were white which I thought was kind of cold looking, now they’ve been transformed to ‘old gold’ well that’s what it says on the paint tin. The only problem is that now it seems much darker in that room. Well what could I expect I hear you say – yes anything is going to seem darker than white, and it is the room which we only really use for sitting watching TV in the winter time, so cosy was what I was going for really, instead of the snow blindness which the white walls were giving me.

The main reason for painting though was to get it done before having a carpet laid in there. At the moment there’s laminate on the floor, put there by the previous owners, all very practical I suppose, especially if you have small children as they did. But laminate with a concrete floor underneath is bloomin’ cold in the winter, I couldn’t believe how cold my feet got as soon as I wasn’t standing on the rug. I also hate that clicky clacky sound that everything makes on laminate, especially footsteps and if you drop something like a TV remote – it sounds like a gun going off!

So I’ll be glad to get back to old fashioned carpeting in there, very soon. Not as soon as I had hoped though because tomorrow the gas man cometh – again. He was here to give the boiler its annual service last month and since then it doesn’t seem to have worked properly and now it has packed in all together, so no heating or hot water today, or last night either. Thankfully we took out a service care package otherwise no doubt it would have cost us a fortune to get it fixed.

Otherwise it has been a good day today, gorgeous weather after three days of bucketing rain. We had lunch at South Queensferry, The Hawes Inn again, very nice. We were there with my sister and her husband, our treat as they’ve been celebrating their 50th wedding anniversary this week – not many people reach that goal nowadays.

Unfortunately I forgot to take a photo of them. Everyone else seems to be obsessed with photographing everything but I find that I hardly ever take any of people now, I think because we never bother to get any printed out. We have loads of photo albums of the old days, then they all just come to a standstill with no photos of family as they age. I should rectify that and go through the computer files choosing photos to have printed out. Have your photo albums come to a standstill post digital cameras, or are you more organised than I am? 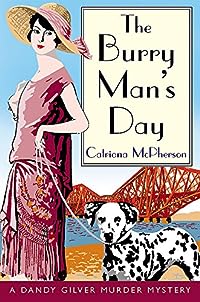