The Amelanchier tree below is also known as a serviceberry apparently. It’s really pretty and delicate and has lovely leaf colour too. I’m trimming the height of this tree so it doesn’t get out of hand. That has the advantage of making it bush out at the lower trunk so it will look more like a shrub which is what I want. 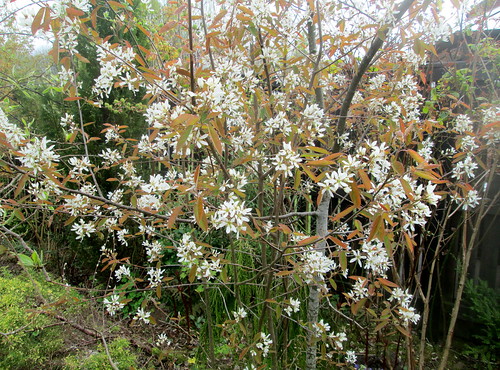 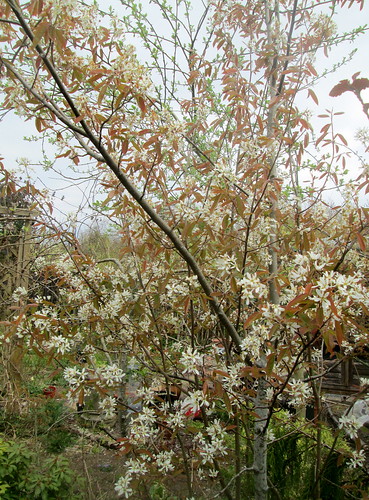 Below is a plum tree which has loads of blossom on it, but it was the same last year. I had very high hopes for a great crop of plums, then came a May frost and it turned the blossom and buds black. As his April had the most nights of below freezing temperatures – I think since records began, I am not being too optimistic this time. 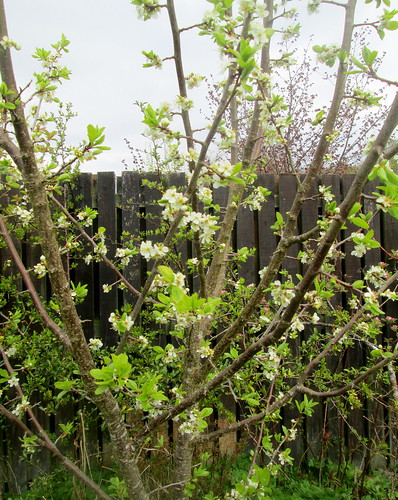 Below is the same tree again, but in the background you can see a bright red quince and there’s a pink blossomed apple tree against the fence, behind the plum tree. 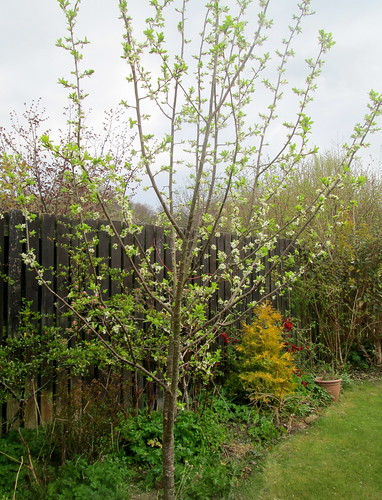 I’m still waiting for my pear tree and a Bramley apple tree, both of which should flower later this month. I didn’t get one pear last year due to frosts but the Bramley apple tree gave me a fairly decent crop for its first time, about six big apples as I recall. I live in hope!