I had just finished one of those FutureLearn online courses when I noticed that there was an exhibition of art called Men of Bannockburn on at the library/museum in Dunfermline. The art consists of life size illustrations of some of the main knights involved in the battle. The works are by the artist Marco Trecalli who as well as being an artist is also an expert on 13th and 14th century military equipment and uniforms. 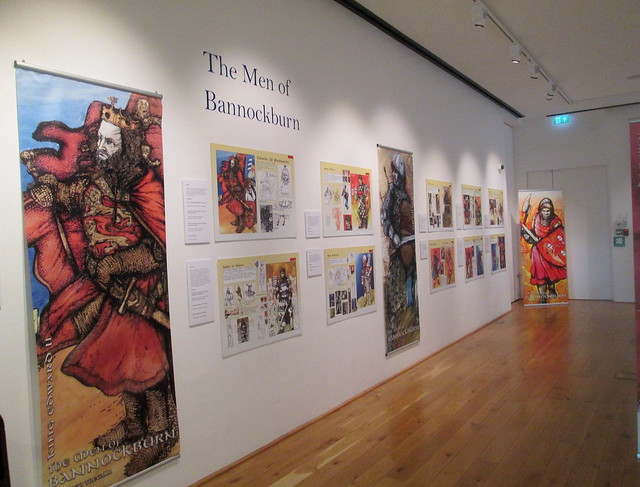 Click on the photos if you want to read the details, that should enlarge them for you. 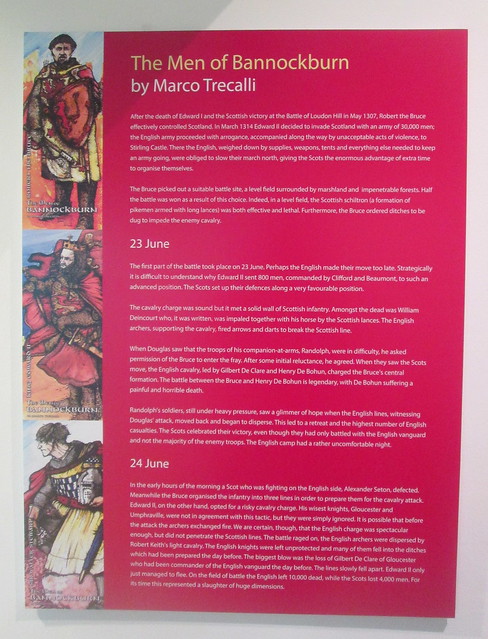 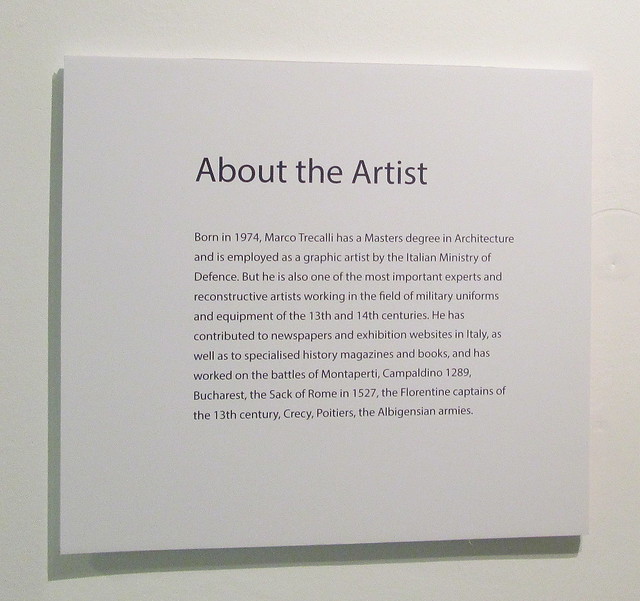 In another room there was an exhibition called Tall Tales, aimed at encouraging children to read. There were quite a few kids in there so I couldn’t take photos of any of the exhibits, but I liked the bookish sentiments on the walls. I doubt if any were read by kids though, mainly because they were at adult height! But they were too busy playing in the Beanstalk house made of books anyway. 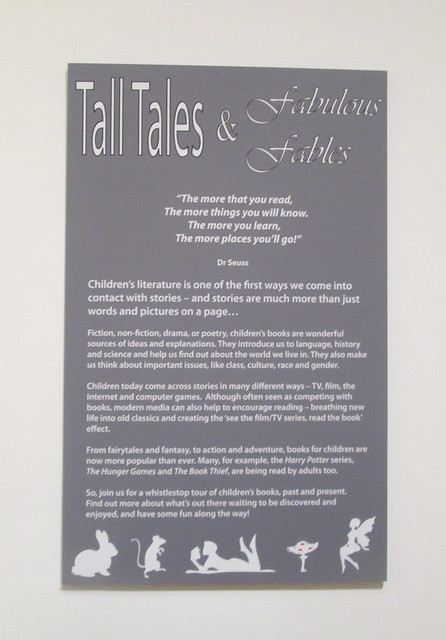 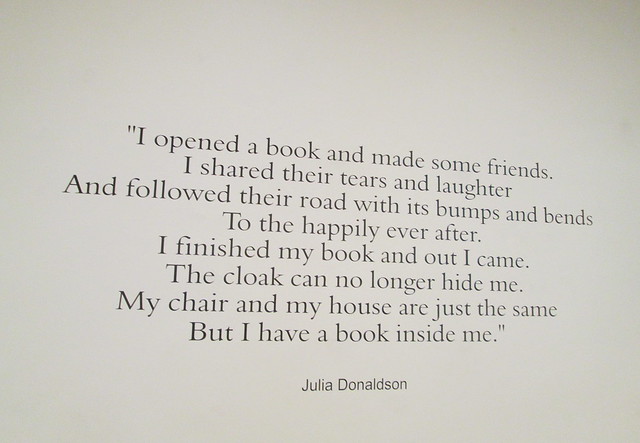 I’m so late getting around to writing this post that I suspect both exhibitions are finished now, but they’ll probably move on elsewhere eventually.