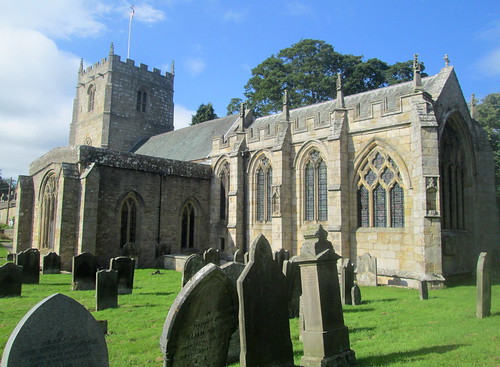 It was an article in The Guardian that led us to visit the teeny wee village of Romaldkirk in Teesdale, north England, back in September. It was the first time we had been away from home since the pandemic. It felt strange, but I do love ancient churches and their surroundings and it was definitely not busy, in fact we were the only visitors so we had the place to ourselves. The Church of St Romald has been added to a lot over the centuries. The oldest part dates from the 12th century and the most recent addition of an organ chamber was in 1929. 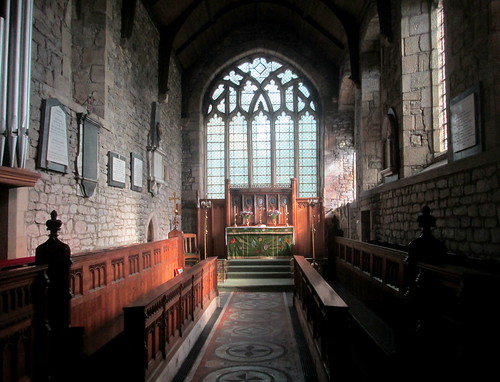 I’m always saying it – but I am not in the least bit religious yet I do love old churches – and the areas that they were built, the really old ones were previously inhabited by pre-Christians so they seem like special situations to me. Usually on high ground of course – closer to whichever gods you chose to worship! 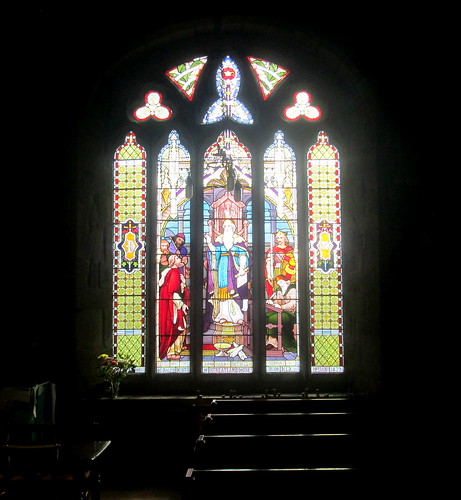 Below is the tesselated floor of the chancel. 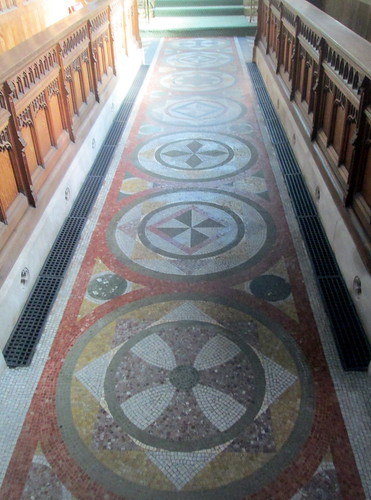 Below is the tomb of Hugh Fitz Henry dating from 1305. 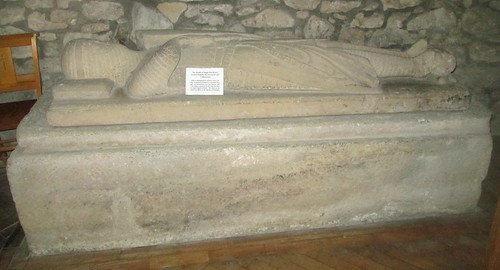 Below is something I had certainly never seen before a Devil’s Door which as you can see has been blocked up! 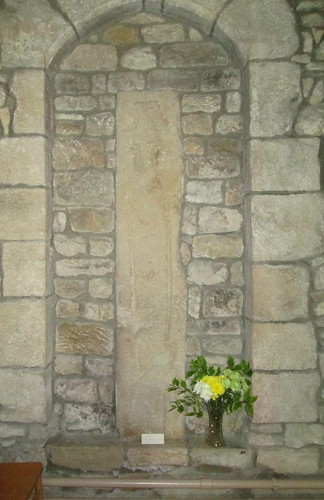 The font below is thought to be 12th century with a 17th century wooden cover. 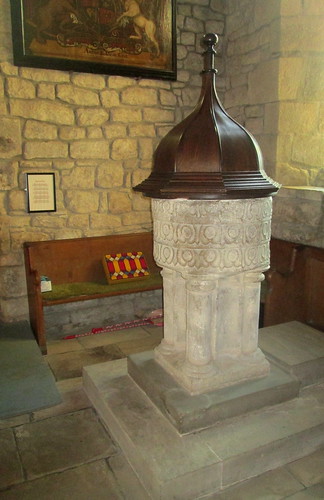 The doorway has stone seats either side of it, I think this is a very English sort of design, I don’t recall ever seeing anything like that in a Scottish church. 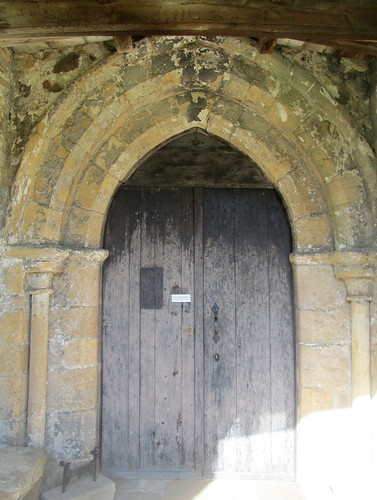 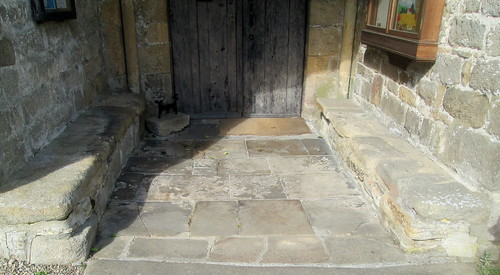 The whole church has that ancient building aroma which doesn’t really fare well for the church. I was surprised to see that the pointing in between the stone blocks is dark grey in many areas, almost black which means there is very strong cement in the mix which will be dragging moisture into the building. It should of course have been pointed with a lime mixture to stop that from happening. It’s a lovely place to visit though. 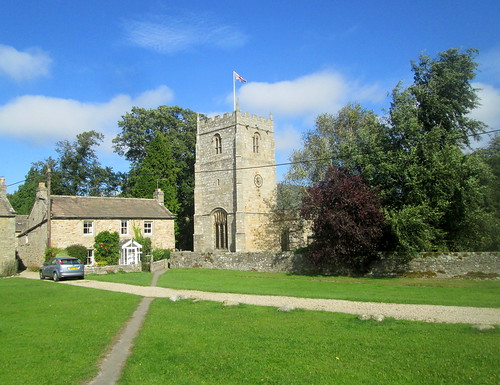 It’s a couple of weeks since we were down in County Durham for a few days, one of the places we visited was the town Barnard Castle but we didn’t manage to get into the actual castle because strangely English Heritage had a strict booking policy so despite the fact that we are members of Historic Scotland and would have got free entry – we didn’t manage to get in at all. It’s particularly weird as there were hardly any other visitors and as the castle itself is a ruin it’s all in the open air – hopefully we’ll get in there one day. At least we got some photos and had a walk by the river and around the town. 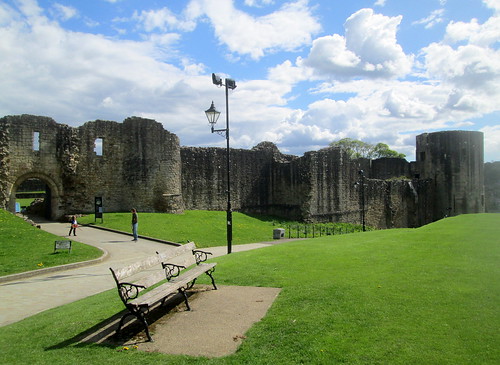 The castle looms high above the town as you would expect. Of course it has been in the news recently as the place that Dominic Cummings visited to ‘test his eyesight’ when the rest of us were adhering to a strict lockdown and staying very local! 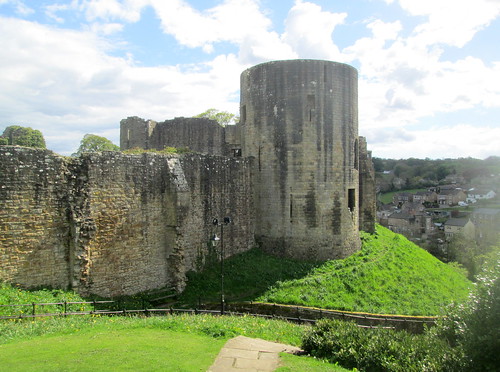 The castle was founded in the 12th century and is in a lovely position high above the River Tees as you can see below. I think this is the first time I’ve ever seen the Tees, I love rivers and this one is very scenic in this area anyway and looks unpolluted as far as the naked eye is concerned. 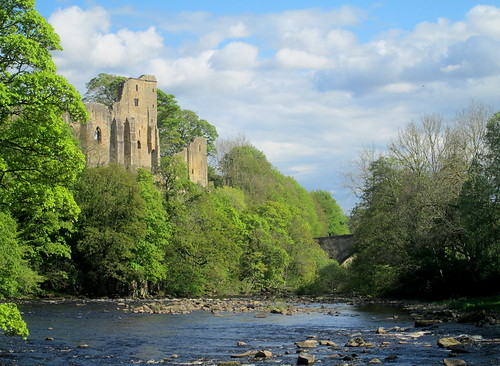 You get a good view of the river when standing on the old stone bridge – as you can see. 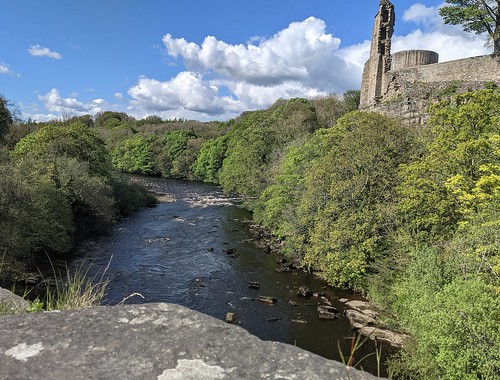 The town itself is a nice place to visit with interesting looking independent shops – if you’re that way inclined. I only bought a book (surprise surprise) which I got from the Oxfam charity shop.